In English: “Mussolini is always right.” To disagree with Il Duce, as the leader of fascist Italy styled himself, would be to risk cancellation. The permanent kind.

The jut-jawed Duce even canceled his own son-in-law, Count Galeazzo Ciano, for disagreeing with the sentiment that the leader is always right. Ciano was shot by firing squad in 1944 on the orders of Il Duce.

Mussolini himself was eventually canceled, too, on April 28, 1945.

But while Mussolini is a memory, cancel culture has returned, worse this time. It’s not embodied in a single tyrant strutting and nodding in agreement with himself from the balcony of the Palazzo Venezia but emanating from seemingly everywhere except the government.

This time, it’s not the state. It’s a million online Mussolinis — sans the fez, but just as belligerently abusive toward anyone who dares to disagree with anything they say is right.

Their behavior has given them practically unlimited power fueled by fear.

The Washington Redskins name is wrong, racist, a kind of Native American minstrel show on the 100-yard line. Not because it is; because they say it is.

Even though millions of fans never said so. Even though it never occurred to them to think so. Because the context is obviously not meant to be insulting to anyone as it would be absurd to cheer for a team named after an object of derision.

But down comes the name — because the Il Duces say so.

J.K. Rowling is wrong, too, even though (until now) she was considered very right — meaning very left.

She is “fiercely proud” of the British welfare state, for instance, and very pro-abortion as well as very not pro-Trump.

Related:
Scaros: The Problem with 'No Context Allowed' for the N-Word

Not when there are a million online Duces to placate, each of whom thinks they’re right about everything, including the fungibility of biology.

The author of the hugely popular “Harry Potter” series recently became the object of a cancellation crusade — despite her very sturdy lefty bona fides — when she wrote that she supported someone who “didn’t believe lesbians should be called bigots for not dating trans women with penises” and denied that a biological male literally becomes a biological female because “she” says so.

Because she said so, the minions of Mussolini are trying to destroy her publishing career — by pressuring her publisher not to publish her.

Well-known speaker and teacher Jordan Peterson faced more than just cancellation of his ability to earn a living when he “misgendered” students. In Canada, where Peterson lives, one can be prosecuted for not referring to them or ze rather than he or she — or she as he.

Reality is racist — and transphobic and inherently oppressive, too.

It all has to go.

This includes Paw Patrol — a cartoon about dogs, all of them friendly. But one of them, a German Shepherd named Chase, is a very incorrect doggie. He is portrayed as a cop dog (of the not racist variety). But of course, all cops are systemically racist, ipso facto.

Even when “right” has no meaning other than genuflecting, which is what cancel culture is really all about.

Not “systemic racism” but rather the inculcation of universal obedience. What’s wanted isn’t atonement or enlightenment but everyone cringing in fear of instant ostracization, unemployment and ruin. Of anyone who dares to disagree with anything the Internet Il Duces say.

No matter their previous bona fides.

To question the least little bit of it is itself evidence of mental malignancy, say the mini Mussolinis — who have learned from Stalin, too. He was the first to pathologize disagreement.

If you didn’t love Comrade Stalin (and Comrade Stalin’s views of communism, expressed as doggy obedience to whatever Stalin said) you were sick as well as reprobate.

And got canceled, too.

Cancel culture is ironically totalitarian, the very thing the Mussolinis and Stalins say they are fighting but are actually building.

Thought and discussion must give way to emotion, to feigned (and endless) outrage, because the mortified silence that ensues is the source of their power.

The Mussolinis are now trying to cancel Goya Foods, Hispanic-owned but obviously racist for its CEO’s expression of support for President Trump. It doesn’t matter that Goya provides jobs for thousands of people, including thousands of Hispanic people. What matters to the Mussolinis is that Goya agrees they’re right — by doing what they say.

And they didn’t even have to march on Rome.

All they had to do was tweet or speak in the Rose Garden at the White House.

And luckily, all those who oppose this cultural (and inevitably political) totalitarianism need to do is what Nancy Reagan once advocated: Just say no.

No to the unearned guilt; no to the unjustified shaming.

No marching on Rome needed. 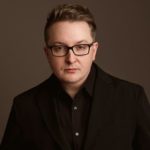