Cancel culture is real. The question is: When will Americans hit unsubscribe?

There are signs that the needed pushback is starting.

With the right amount of momentum from Americans who value freedom of beliefs and speech, Republican candidates will be the political winners.

This may come as a shock to academia, the mainstream media and the world of entertainment, but the numbers don’t add up to anything else.

It is nearly impossible to look at a news app and not witness someone losing their job or being isolated or marginalized on the basis of being insufficiently woke according to the standards of those imposing the cancel culture.

An editor at The New York Times resigned after publishing an Op-Ed written by a sitting United States senator who was both a military veteran and a graduate of Harvard Law School.

This was after the editor apologized, stating the piece did not meet the standards of The Times.

Weeks later, the same publication decided an Op-Ed written by a doctor in communist China criticizing the American handling of the coronavirus did meet their standards.

Do you think the American people at large are on the side of conservatives on the question of cancel culture?
Yes: 97% (66 Votes)
No: 3% (2 Votes)

Pfefferle posted a TikTok video showing support for President Trump with a Marquette flag in the background. Other students immediately attempted to “cancel” her and get her admission revoked.

During a meeting, Marquette admissions administrators emphasized she “wasn’t yet a student” and her “admission wasn’t finalized,” despite her already accepting her admission offer and paying for housing.

The list goes on and on and on, but the point is pretty clear. Men and women are truly being canceled.

When the CEO of Goya Foods — the leader of the largest Hispanic-owned food company in the United States — was invited to the White House by President Trump, he had the nerve to utter some words of praise for the president.

The predictable outrage from the usual suspects — liberal politicians joined by academia, the mainstream media and entertainers — instantly called for a boycott of Goya products.

Related:
Journalists Plug Ford Electric Truck in at Campground, Find Out It Will Take 5 Days to Fully Charge

Unlike so many others subjected to the outrage of the World of Woke, the CEO did not fall on his knees and beg for forgiveness. He doubled down and refused to be silenced.

To the shock of the Cancel Culture Police, vast numbers of Americans decided enough was enough. A “buycott” was started. Sales of Goya products soared. One individual raised $160,000 in donations to purchase Goya’s offerings and then gave them to food pantries.

When it comes to the upcoming elections, a recent poll conducted by Winning the Issues provides a solid basis to assert that Republicans have the long-term advantage on all of this.

Voters were asked which of two views comes closer to how they felt about free speech. Statement One: “Free speech and freedom of belief exist in this country.”

Statement Two: “True free speech and freedom of belief do not exist in this country today because of political correctness and potential consequences such as losing a job for not conforming to beliefs and narratives being promoted by the media, academia and elites.”

The results? By a margin of 52 percent to 34 percent, voters agreed with the second statement.

Only one group, liberal Democrats, agreed with the first statement, by a margin of 51 percent to 38 percent. In other words, the single group thinking they can say what they want would be those promoting the cancel culture themselves. It is a case of talking to yourself.

Simple math argues if the lines are sharply drawn on this topic, President Trump and Republicans are at an advantage.

The key to success lies in not yielding to the temptation to simply attack cancel culture. It is critical to remind voters that freedom, liberty and opportunity are the components of a real democracy.

The free exchange of ideas and robust debate are worth standing up and fighting for. Sure, make sure voters know that those who would demand we allow them to decide for us what is OK to think and say are the bad guys, but don’t let that be all we have to say on the subject.

Maybe most who agree that freedom of speech deserves support will remain silent, but their voices are likely to speak loudly at the ballot box. That is good news for democracy and Republicans. 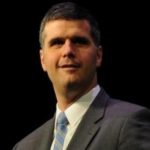 David Avella
David Avella is the chairman of GOPAC and a veteran Republican strategist.
Op-Ed: Polling Shows Conservatives Can Beat Leftists When It Comes to Cancel Culture
See more...
Advertisement

'Are you kidding me? That’s almost 90 miles of range in 30 miles. Are you serious,' one EV driver stated regarding the vehicle.
By Randy DeSoto  October 5, 2022

Democrat Mayor Ted Wheeler is the embodiment of how much contempt leftist bureaucrats have for the American people and their concerns.
By Jared Miller  October 5, 2022

The planned date of King Charles III's royal coronation was been reportedly finalized, according to a government leak.
By Richard Moorhead  October 5, 2022

One Vermont town worker decided that he would follow the science as he saw it, and now the town is up in arms over what he did.
By Jack Davis  October 5, 2022

The National Archives claims it 'lost' a treasure trove of records from the Clinton era and Donald Trump isn't letting them forget it.
By Warner Todd Huston  October 5, 2022
Next