Americans and many others are living in the most fatherless generation ever experienced in modern times — and it has virtually nothing to do with the absence of fathers. In fact, more men are alive today in the United States than ever before.

To understand this epidemic, we must journey back to the 1960s, when the foundation of fatherlessness was laid. Immorality has been around since the beginning of time. But it was popularized in the sixties. The shame and guilt of immorality were replaced with hippies, flower children, love, sex and rock and roll. Amid the sexual revolution, another powerful force was emerging in our country.

The sexual revolution created the perfect environment for Darwinism to gain a foothold because people were violating their moral values and looking to avoid answering to God for the guilt they experienced. Charles Darwin gave the world an excuse to live like hell and not answer to heaven.

Darwinism argues that all life, including human life, evolved from the same source over billions of years. This belief reduced society’s value for human life because it redefined humans as intelligent apes, thus elevating the animal kingdom to the worth of humans. Consequently, now we protect animals and kill human babies in the womb! This theory tells us that we are born to die with no eternity before us and no heaven after us. Whether we agree with Darwin isn’t as important as understanding that his “scientific” theories have led us to cultural mindsets destructive to human dignity and morality.

Our present situation reminds me of Israel 850 years before Christ. Israel was in deep trouble as a man named Ahab became king and then married a demonized woman named Jezebel. Together, they carried Israel deep into the bowels of Baal worship, with the people sacrificing their babies on Baal’s altar to satisfy this false god’s need for blood. Much like abortion in our day, women threw their children on the altars of Baal without any resistance because he promised them pleasure and prosperity. The situation looked bleak as all of Israel followed Baal. Resisting Ahab and Jezebel’s edicts meant sure death for the Israelites.

Just when it looked as though all hope was lost, an obscure prophet named Elijah emerged on the scene. When Elijah commanded the clouds to stop raining, he became public enemy number one. The wild story reaches its climax in 1 Kings 18 with a showdown with Jezebel’s 450 prophets of Baal at Mount Carmel. Outnumbered and outgunned, Elijah watched as Baal’s prophets ranted and raved around their altar, trying to get their god to answer by fire. Nothing happened for Baal’s brood of prophets.

When it was Elijah’s turn, he gathered the multitude close to him and poured gallons of water on his altar. Then he said a simple prayer, and God sent a supernatural firestorm from heaven that consumed all the altar’s contents; it even licked up the water in the surrounding trench.

Next, Elijah journeyed to the top of Mount Carmel, knelt on the ground in the fetal position and began to pray for rain. While he prayed, he kept sending his servant to check his prayerful progress by looking for clouds in the sky. The servant returned six times with bad news. But on the seventh trip, something changed. A small cloud had formed. This report stirred Elijah so profoundly that he jumped up and started running. He outran Ahab and his horse to Jezreel in the middle of a rainstorm (see 1 Kings 18:41-46). Ahab and Jezebel were soon overthrown, and Israel turned back to God.

The Lord is again sending the spirit of Elijah in these last days, as the prophet Malachi announced many years ago: “He will turn the hearts of the parents to their children, and the hearts of the children to their parents; or else I will come and strike the land with total destruction” (Malachi 4:6 NIV).

The drought of fatherhood was crested on the mountain of selfishness and isolation. That mountain is about to be washed away by a deluge of conviction and compassion — a mighty outpouring of God’s Spirit. There is a small cloud forming. Get ready… it’s about to rain.

This is an excerpt of “Uprising: The Epic Battle for the Most Fatherless Generation in History” by Kris Vallotton, used with permission from Chosen Books (2022), a division of Baker Publishing Group. 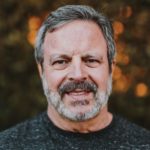 Kris Vallotton
Kris Vallotton is an internationally recognized speaker, author and cultural leader. As the senior associate leader of Bethel Church and co-founder of the Bethel School of Supernatural Ministry, he has spent over 20 years helping thousands of believers realize their identity in Christ.

Vallotton is the best-selling author of more than a dozen books, including "Spiritual Intelligence" and "Fashioned to Reign," and training manuals to encourage believers. He and his wife Kathy live in Redding, California, and have four children, eleven grandchildren and a great-grandchild. Learn more at krisvallotton.com.

Americans heard cheering during live video of the U.S. military shooting down a Chinese spy balloon over the Atlantic Ocean Saturday.
By Ryan Ledendecker  February 5, 2023

Op-Ed: My Veteran Dad Was Among the First Eligible for COVID Vaccine - 4 Days After His Jab Everything Changed

Correlation does not equal causation. But when death and severe illness strike, it's hard to ignore a smoking gun.
By Christine Favocci  February 5, 2023
Next