Olympian Dead at 48 After Suffering Bleed on the Brain, Leaves Behind Family of 3

Fans of the musical about the life of Alexander Hamilton probably get chills whenever Aaron Burr’s envious lament near the beginning of Act II is mentioned.

As his rival emerges from a private dinner to announce a deal has been struck to provide congressional support for the financial system Hamilton wants to create in exchange for placing the new nation’s capital city on the banks of the Potomac, Burr sings:

The song is a description of the seedier side of politics, of the unattractive aspects of how the business that changes the world gets done.

For people in the arena, in the space where business, politics, media and celebrity intersect in ways that drive public policy around the globe, “the room where it happens” is the most important place one can be. It was true in 1790 and — even though the rooms are larger and more luxurious, there are a lot more people involved now, and you may have to travel by jet to reach them — these rooms still exist today.

The most well-known, of course, is the World Economic Forum held each year in Davos, Switzerland. It’s a pricy gathering of global glitterati that helps determine what the rest of us will be doing not weeks but years ahead.

With so much at stake, you’d think the most ardent supporters of free minds and free markets would be beating down the doors of the complex where it’s held. What better place to advocate for policies that will liberate mankind, grow the global economy, raise living standards and make it possible for people even in the least developed countries to live longer, healthier, more productive and better-educated lives?

Instead, they write it off as some sort of global socialist conspiracy that, along with groups like it where people gather in far less public settings, seeks to use the power of the state to bring about a single, global governing structure in which our children and grandchildren will be deprived of their right to choose and the ability to control their destiny.

It sounds pretty oblique, which is why the Republican lawmakers who attended are being skewered by conspiracy-minded conservatives who think they’ve sold out to the globalist cabal. As GOP Florida Gov. Ron DeSantis put it, “All these elites come in for the World Economic Forum and, basically, their vision is they run everything and everybody else is just a serf.”

On the other side is Darrell Issa, the multi-millionaire California Republican congressman who attended as part of the official U.S. delegation.

Issa agrees with the criticism but is aware of the importance of being part of the discussion. “We should not accede to being excluded from a deeper dialogue at the World Economic Forum any more than being shut out of college campuses, online platforms, or public forums,” he said. “This is what liberals are doing all over the world to drive away dissent.”

That’s part of it — and it’s important to wave the flag — but only by attending a meeting like Davos can one be in proximity to the private luncheons and tennis games and evening soirees that are not part of the plenary sessions, but that make attending worth the time of global leaders and CEOs and the other movers and shakers who make things happen.

The organizers of the World Economic Forum say they want the people who attend to be able to discuss, despite major differences in opinion, the many issues that will shape our future. For free markets to secure their place on the global stage, they must be present. Davos presents an opportunity for them to prescribe solutions to a global audience — in the room where it happens. 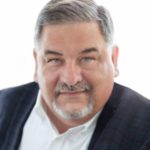 Peter Roff
Peter Roff is a veteran Washington, D.C., commentator and columnist who’s written for U.S. News & World Report, Newsweek and many other publications. He holds fellowships with several public policy organizations. You can reach him at RoffColumns@gmail.com and follow him on Twitter @TheRoffDraft.
Op-Ed: Why Supporters of the Free Market System Need to Attend Davos, Not Just Attack It
Op-Ed: It's Time to Put a Leash on the FTC
Op-Ed: China’s Ambition Demands the U.S. Maintain Its Presence in Africa
See more...
Advertisement

Mexico's new law regarding American imports of corn could spell disaster for American farmers and the economy.
By Peter Partoll  January 31, 2023

The sunshine of the Sunshine State continues to enter the nooks and crannies of higher education. Zombies beware!
By Mike Landry  January 31, 2023

Millionaire Bernie Sanders Hosting Event Bashing Capitalism, But He'll Be Sure to Cash In

Bernie Sanders constantly complains about capitalism, but sees no reason why he should not continue to profit off of it himself.
By Peter Partoll  January 31, 2023

Jalen Hurts pointed to a saying of Christ from the Bible after leading the Philadelphia Eagles to Super Bowl LVII.
By Richard Moorhead  January 31, 2023

Solomon: Another Tesla Spontaneously Combusts - Musk's Company Has Some Critical Lessons to Learn

For Tesla and for Elon Musk, the next catastrophic battery fire could be the one that really turns consumers off the Tesla brand.
By Aron Solomon  January 31, 2023

Olympian Dead at 48 After Suffering Bleed on the Brain, Leaves Behind Family of 3

"Duncan had a catastrophic brain bleed on Tuesday evening 24th January, which sadly left him in an unrecoverable position," a friend wrote.
By Lorri Wickenhauser  January 31, 2023

DeSantis Fires Warning Shot at Woke Doctors: You Will Lose Your License

The Florida governor was speaking in his home state, but he was on a national stage. It was a message that needed to be heard.
By Joe Saunders  January 31, 2023

Ty Wells, a recent graduate of the University of Arizona and a member of the university's swim team, died unexpectedly at 23.
By Lorri Wickenhauser  January 31, 2023

According to a new report, President Joe Biden's office at the University of Pennsylvania was searched by the FBI.
By The Associated Press  January 31, 2023
Next