Back in January, Gen. Mark Milley, chairman of the Joint Chiefs of Staff, was talking openly of the need to rebalance the allocation of U.S. forces around the world.

As he explained it, the need to address potential military threats from Russia and Chinese expansionism in the Pacific Basin may have to be given precedence over American commitments elsewhere.

Gen. Milley’s remarks were footnoted by the suggestion any changes were, at that point at least, notional and would be presented to Defense Secretary Mark Esper and through him to the president as options for the future. Nonetheless, many see his comments as foreshadowing a major change in the importance the U.S. has assigned the war on terror.

He can take pride in the fact he is keeping those promises, having successfully subdued if not eliminated ISIS, entered into continuing negotiations aimed at allowing the U.S. to withdraw its troops from Afghanistan and, by using a drone strike to take out Iranian Revolutionary Guard leader and terrorist mastermind Qassem Soleimani, perhaps turned an important corner in Iraq.

None of that justifies a U.S. withdrawal from its commitments in the Middle East or North Africa. Both regions are rife with the kind of radical Islamic extremism from which anti-U.S. terror cells develop.

The raging conflagrations in these regions, feared by many, may have cooled to embers — but extinguishing those embers will take time and is linked inexorably to the same future conflicts to which Gen. Milley suggests the U.S. may need to shift its focus.

In Africa, we have assisted our allies there in the fight against extremism. The nations of North Africa have moved in our direction. Mauritania, Algeria and Morocco have vanquished terrorists within their borders and, with U.S. training and logistical support, proven themselves invaluable in the fight against those threatening the entire region.

To abandon them would be a mistake that would be, ironically, to Beijing’s benefit.

The Chinese, as we’ve most recently seen in the way they have conducted themselves through the coronavirus crisis, cannot be trusted. They operate by their own rules when it suits them, no matter what.

In many ways, they are economic partners with the West. They trade with us and we with them, but they are not our allies and cannot be treated as such.

From a national security perspective, we must remain vigilant – which is why reducing the limited U.S. troop commitments in North Africa would be a major mistake. If America leaves, China moves in – as it has been doing all over the developing world while engaging in rapprochement with Washington.

The current troop levels are small as such things go, fewer than 10,000 spread out among different countries on different missions. Merely by being there, however, the American military prevents the creation of a vacuum into which China would be glad to move to increase its economic and military presence on the continent.

This would fit perfectly into Beijing’s long-term strategic plans. Through its trillion-dollar “Belt and Road” initiative, the Chinese have been “helping” the developing world build commercial and civil infrastructure since 2013.

Related:
Op-Ed: More Than a Coincidence? Gaffe-Prone Biden Has Made This 'Mistake' 3 Times Already

By acting as a predatory lender, China has gotten its hooks into nearly 70 counties and international organizations, saddling them with projects so expensive that the money borrowed cannot possibly be repaid.

The U.S. Agency for International Development has been pushing back against this initiative by sending teams of advisers into countries to demonstrate that anyone considering saying “yes” to China is making a bad deal. But that’s not enough.

To prevent the creation of satellite outposts available to further Beijing’s global ambitions requires something more than accountants and attorneys.

Any hopes we once had of the world becoming a safer place with the fall of the Berlin Wall must now, unfortunately, be held in abeyance.

A new global order is forming, something President Trump rightly recognizes and is preparing for militarily as well as economically.

According to the AFP, Gen. Milley said “economy of forces does not mean zero” and that Washington was not pulling out of Africa completely. Let’s hope Secretary Esper and the president affirm this soon. 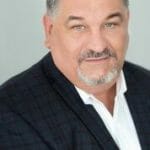 Peter Roff
Peter Roff is a senior fellow at Frontiers of Freedom and a former U.S. News and World Report contributing editor who appears regularly as a commentator on the One America News Network. He can be reached by email at RoffColumns@gmail.com. Follow him on Twitter @PeterRoff.
@PeterRoff
Op-Ed: China’s Ambition Demands the U.S. Maintain Its Presence in Africa
See more...
Advertisement