A California police officer recalled witnessing firsthand the greatness of God and the infinite mercy that he has for all his children.

If anything, the story is a reminder that — no matter how hopeless the situation may seem — the Lord is always watching over us.

According to The San Diego Union-Tribune, Sheriff’s Detective Ali Perez nearly lost his life back in September 2012 when a raid to apprehend a child molestation suspect turned deadly.

The suspect, Daniel Robert Witczak, had been accused by his girlfriend of taking sexually explicit photos and videos of her 6- and 8-year-old daughters. After fleeing the apartment with her children, the girlfriend reported what she had discovered to the sheriff’s department.

While responding to the call, Perez was seriously hurt after Witczak opened fire on the detective and his fellow officers with a rifle, The Union-Tribune reported.

The detective had just kicked in the door of the suspect’s Lakeside apartment when a bullet suddenly ripped through his left arm, with another one striking him right in the torso.

As he lay there, injured and bleeding, Perez realized how unlikely it was that he would walk out of there alive.

While the situation appeared dire, it seems that God had another plan in mind for the detective, one that did not involve him dying on the floor.

In an interview with the Christian Broadcasting Network in 2015, the detective described his thought process at the moment when he said he witnessed the Lord step in to rescue him.

“I was having a very hard time coming to terms with the fact that this is where I was going meet my end, and I was going to die right here, and there was nothing I could do to change it,” the detective said.

“And I expected a bullet to the head at any moment. And that’s when the miracle happens.”

Raising his eyes, Perez said he saw Jesus Christ standing between him and the suspect. As he beheld his savior, the detective said he knew this sign from God meant one of two things.

Related:
Community Comes Together to Support Couple After Floodwaters Destroy Home, Force Them to Leave Pets Behind

Trusting in God’s plan, the detective recalled asking the Lord what he intended for Perez to do about Witczak, who was still walking around the apartment with a rifle. And immediately after he asked, Perez said the Lord answered.

Perez said that in his vision, the Lord remove a feather from a nearby ink bottle and scratch out a note, which flew off the desk and landed on the detective’s vest.

As Perez noted, not only had Witczak wounded him, but the suspect’s girlfriend had accused Witczak of molesting her daughters. Despite the man’s actions, however, Perez said God did not want the detective to “finish the job.”

Obeying the command, Perez said he looked directly at Witczak and said, “God bless you, brother.”

To his surprise, the suspect’s demeanor appeared to change, Perez said. Asking Perez if he wanted to crawl to his friends outside, Witczak helped the detective stand on his feet and walk toward the front door, according to the police officer.

Suddenly, Perez said his backup team started firing, forcing Witczak to retreat. He did not attempt to finish the detective off, opting to leave him lying on the floor instead.

It seemed like the ideal opportunity to escape. But, unfortunately, the front door was closed, and Perez said he did not have the strength to open it due to his injuries. Then, suddenly, he said the front door appeared to open all on its own.

“I’m in no condition to open doors and turn handles and do all this stuff,” the detective recounted.

“How did the door get opened? God opened that door,” he added.

After managing to crawl through the doorway, a rescue team member found Perez and carried him away from the danger. The suspect later surrendered and was taken into custody.

But it seems God was not done performing miracles that day.

Perez was transported to the emergency room, where doctors informed his family that he had “no chance of survival,” the detective said.

The news regarding the detective’s condition “went out like fire,” inspiring everyone at the hospital and police stations throughout the county to rely on the power of prayer, Perez said.

It seems their prayers were answered, as the detective survived the ordeal. According to CBN, Perez’s recovery process included 27 surgeries and long hours of difficult physical therapy.

Despite this, however, the detective does not appear to harbor any bitterness toward Witczak, who is currently serving a life sentence. Instead, Perez expressed gratitude for the time he said he spent with the Lord during his near-death experience.

“I got to spend three minutes with Jesus before my day of judgment,” he said.

“And if I got some cuts and bruises along the way and I lose the use of my arm, it was worth it. Every heartbeat and every breath is a gift from God.” 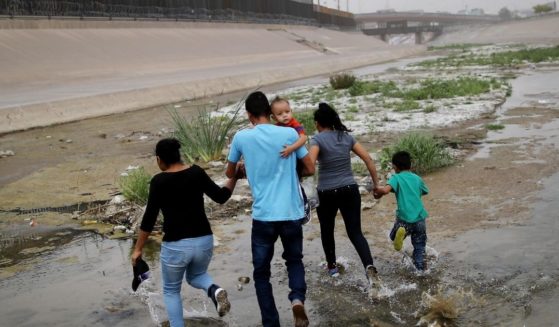