Should a U.S. president who supports legislation that goes against the beliefs of the Catholic Church be excommunicated?
Yes: 96% (5355 Votes)
No: 4% (243 Votes) 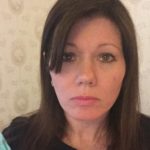