For those of us looking forward to a break from establishment media gaslighting in the wake of the Kyle Rittenhouse trial and the Waukesha parade massacre, the Jussie Smollett case has offered no respite.

The actor’s trial on charges of felony disorderly conduct for allegedly making false criminal reports to authorities three years ago started last Monday. Smollett maintains his innocence in orchestrating a fake homophobic, racist attack on himself.

The circumstances of the event described by Smollett, a black and gay man, were immediately suspicious to anyone with an above room temperature IQ. Such a malicious attack would have been hard enough for many Americans to believe had it taken place in the backwoods of a deep-red state, let alone the winter streets of ultra-blue Chicago.

Still, the incident was a caricature of the America that the left wishes to present as reality — a place filled with hateful bigots of a specific political persuasion (i.e., Trump supporters) assaulting minorities. As such, the establishment media, Democratic politicians and righteous Hollywood social justice crusaders seized on to their narrative tighter than Smollett to his subway sandwich (which he still had in hand when returning home after the purportedly brutal attack).

Inevitably, when significant evidence began to leak out that cast serious doubt on the validity of Smollett’s claims, the headlines of establishment outlets and the tweets of leftist politicians ceased to make any mention of the incident. Even with the trial starting last week, media coverage has suspiciously left out some key facts in the case’s development.

For instance, in CNN’s recent explainer about “how we got here,” Christina Maxouris noted the “dramatic reversal” that took place when Chicago prosecutors abruptly decided to drop all charges against Smollett in March 2019. She reported that the Cook County State’s Attorney’s Office mysteriously ended the case, “revealing little about the reason why.”

What she did not mention is that this decision, according to the New York Post, came only after Cook County State’s Attorney Kim Foxx was contacted directly by Tina Tchen, the former chief of staff to Michelle Obama.

At the very least, “the reason why” doesn’t appear quite as inexplicable as CNN makes out.

The Smollett case clearly casts doubt on the leftist narrative of America-as-racist-hellscape, and it was subsequently beneficial to have it swept under the rug as quickly as possible.

That is because political and media elites have a vested interest in portraying the U.S. as an unforgivably racist country, all of whose citizens share in the collective guilt. Meanwhile, those perpetuating the myths meant to divide and weaken are able to avert our gaze from their very real corruption.

Speaking of which, consider the Waukesha attack, which has also been sent down the Memory Hole.

In the reprehensible coverage of the massacre by leftist publications, the central role of progressive criminal justice reform under Democratic District Attorney John Chisholm has been carefully suppressed. Miranda Devine at the New York Post did an excellent job connecting the “progressive revolution” in criminal justice to San Francisco DA Chesa Boudin, who just so happens to be the son of Marxist terrorists Kathy Boudin and David Gilbert.

Members of the far-left Weather Underground, Boudin was sentenced to 20 years and Gilbert to 75 to life for the murder of three individuals — two police officers and one guard — as the two attempted to rob an armored car in 1981.

While the couple served their sentences, Chesa Boudin was raised by Bill Ayers, another primary member of the Weather Underground. Former President Barack Obama would later announce his run for the Illinois state Senate at a fundraiser at Ayers’ home.

Related:
Ehrlich: Why Don't Americans Trust Our Media and Leaders? Just Take a Look at the Record

According to Devine, upon Kathy Boudin’s release in 2003, she was immediately given a position as an adjunct professor at Columbia University.

While Columbia’s faculty bio of Boudin includes a reference to her imprisonment, it avoids mentioning the fact that she was also one of the key people responsible for the Greenwich Village townhouse explosion in 1970. The latter killed three Weather Underground members after their bomb-making efforts led to an explosive accidentally being set off.

Among the locations discussed as a potential target for the terrorists’ bombs was a non-commissioned officers’ dance at Fort Dix. The group Boudin was a part of seemed bent on killing as many people as possible. Thank God that bomb exploded prematurely.

Gilbert, for his part, was released just a few weeks ago. Chesa Boudin successfully lobbied then-Gov. Andrew Cuomo to commute his father’s sentence.

The brutal murder of three individuals in the Brink’s robbery shocked the small New York community of Rockland County, and Cuomo’s commutation of Gilbert was met with anger by some. Police Sgt. John Hanchar, the nephew of one of the Brink’s victims, referenced Chesa’s lamentations over long drives to visit his father in prison: “What our families wouldn’t give for a long drive to be with our loved ones.”

These are the people our media and political class regularly cover for. Their only consideration, as always, is political power.

The other side of this coin, however, is that they will also abandon their allies as soon as it is politically expedient. Just like both of the Cuomo brothers, Jussie Smollett will once again magically disappear from establishment media coverage following the completion of his trial. 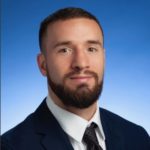 Dominick Sansone
Dominick Sansone writes on Western culture and politics from a conservative perspective. HIs work is published regularly, including most recently in such outlets as The American Conservative, the Washington Examiner, The National Interest, and The Federalist. Email him at dominick.sansone1992@protonmail.com
This Is Why the Smollett Trial Matters - Plus What the Establishment Media Isn't Telling You
See more...
Advertisement