In light of the U.S. assassination of the incredibly powerful Iranian commander Qassem Soleimani, the U.S. and its allies remain on high alert against reprisal attacks.

The relations between the U.S. and Iran have been strained for a long time but this new escalation has many people fearing that an outbreak of war could be on the horizon. “World War III” is trending across social media and there is a real fear for Americans both at home and abroad that the lives of their military personnel and civilians could be under serious threat.

To understand just why this move by Washington has kickstarted such a fierce escalation in U.S.-Iran relations, it is first important to understand exactly who Qassem Soleimani was.

The son of a farmer who was born into impoverished circumstances, Soleimani rose to a position of such power that at the time of his death he was considered to be the second most influential figure in the whole of Iran. This position, behind only the Supreme Leader Ayatollah Ali Khamenei, saw him wield enormous power and influence in both Iran and the region at large. It was his abuse of power and his open support for terrorist organizations that forced the Americans to act against him.

Trending:
Four-Star General Issues Order for All Officers Under His Command: Prepare to Fight China

A military leader who was schooled in the Islamic Revolutionary Guards Corps, he would later become the commander of the elite Quds Force in 1998. Begrudgingly respected even by his American general counterparts for his skills as a technician, Soleimani was a major destabilizing force in the whole of the Middle East. According to Michael Pregent from Wikistrat, the expert crowdsourcing network, Soleimani was a dangerous yet influential leader, one who constantly advocated for the destruction of non-believers.

“Qasem Soleimani is… was a designated terrorist, designated for killing Americans, Iraqis, Syrians, Lebanese… Soleimani was always willing to fight to the last Arab in his quest to build a land-bridge to the Levant and [had] a capability to sustain a conflict with the US and Israel in order to take back Jerusalem or Quds and be the power broker in the Middle East,” Pregent wrote.

What made Soleimani so dangerous?

Soleimani was the leader of a concerted drive by Iran to destabilize and take proxy control of the whole region. Aside from the many nefarious military activities he was directly involved in, he also authorized huge cash payments to Hezbollah in Lebanon of over $700 million a year. He pledged a monthly payment of $1000 a month to every Hezbollah terrorist in Syria, plus another $70 million to Islamic Jihad terrorists. It is reported that Soleimani also authorized the increase of payment to $30 million per month to Hamas, in order to receive intelligence on Israel.

With the knowledge of active Hezbollah sleeper cells in the U.S. who have the capability to carry out terror attacks on U.S. soil, it is obvious why American military leaders and President Trump felt the time was right to bring down one of its most dangerous enemies.

According to Maximillian Brenner from the Berlin-based Security Institute, Soleimani was a critical target of the U.S. and its efforts in countering national security threats.

“Soleimani was the number one proponent of incitement against the U.S., its allies, and non-Shiite elements. Moreover, Soleimani was the operational brains behind many future plans to attack U.S. interests in the region and beyond,” Brenner said.

Ramifications for the U.S. and its allies

Due to the great power and significance held by Soleimani in Iran and the wider range, it is inconceivable to think that revenge attacks will not be launched shortly. To not do so would leave Iran looking weak both at home and in the eyes of the rest of the world. In fact, Iran has already targeted U.S. troops stationed at an army base in Iraq, sending more than a dozen ballistic missiles.

According to Dr. Jonathan Spyer from Wikistrat, Iran has a few options when it comes to retaliatory actions.

“Largely thanks to the strategy applied by Soleimani, Teheran possesses a ‘suite’ of options available to it, including popular demonstrations, rocket attacks on US facilities, and political pressure on the Iraqi government to demand the withdrawal of US forces from Iraq,” Spyer wrote.

This reality has put Americans both at home and in the Middle East in danger, also placing Israel on high alert due to the country’s strong links with its American allies.

In the first instance, it is most likely that Iran will look to target American targets in the Middle East. This makes military personnel and embassy staff in the region those who would seem to be most likely to be at risk. These military and staff members will be on high alert, but as visitors in foreign lands, they are now directly on the front line of what could be a further escalation in the coming days and weeks.

Another tactic used by the Iranians before could be for them to launch attacks on oil tankers in the region. This serves not only to potentially kill the innocent American civilians on board but also has an economic impact if it pushes up the price of oil, which has already skyrocketed since Soleimani’s assassination.

In the U.S., there will also be the fear that a terrorist splinter group with links to groups funded by Soleimani could use his death as the motivation to strike directly on U.S. soil. Israel could also bear the brunt of such revenge attacks, although Prime Minister Netanyahu has said the killing of Soleimani was a U.S. mission and that Israel and its people should not be dragged into the fight.

How could the U.S. and its allies respond to revenge attacks?

The obvious response would be for the Americans to respond with the full force of their military machine and take the fight to Iran to restore order and control within the country and the wider region.

While this option would be one that President Trump sees as viable in the face of any attacks on Americans, the truth is that it would not benefit either nation in the long-run for a full-on war to develop. The knock-on effect could also see weakened groups, like ISIS and al-Qaida, having the opportunity to regroup while their enemies are at war with one another.

The most powerful non-violent weapon would be for the U.S. to impose even harsher sanctions on Iran as a response. This strategy serves to sow discord in the country itself as it is the people on the ground who suffer the consequences the most.

To protect against any potential attacks, the U.S. can also look to forge even closer ties with its main ally in the region, Israel and those in Europe. By presenting a united front both with Israel and its European allies, the U.S. will be able to send out a loud and clear message to Iran that any further reaction and provocation on their part would lead to serious consequences for the country and its people. 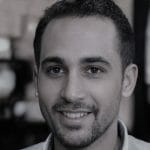 Michel Haddad
Michel Haddad is a political analysis consultant specializing in Middle East affairs. He holds a Ph.D. in politics and international relations.
Michel Haddad: To Bring Our Troops Home from Iraq, US Must First Support Iraqi Protesters
With Soleimani Gone, US Must Ramp Up Sanctions
ISIS Fighters Escaping Detention: What the US & Europe Can Do To Protect Their Borders
See more...
Advertisement

Given the disaster that the Biden presidency has been for America so far, the results of the Pegasus World Cup were rather fitting.
By Peter Partoll  January 30, 2023

Patrick Mahomes Gives Praise to God After AFC Championship Win: 'He Healed My Body ... He Gave Me the Strength'

Kansas City Chiefs superstar quarterback Patrick Mahomes has never been shy about talking about his faith. That didn't change on Sunday.
By Bryan Chai  January 30, 2023

Baby Can't Stop Throwing Up and Losing Weight - After Inconclusive Tests, Doctors Finally Discover What His Mom Was Doing

The American Academy of Pediatrics says cow’s milk and nut milk can be part of toddlers’ diet, but it can't replace breast milk or formula.
By Andrew Jose  January 30, 2023

Patriotic NFL Star Gets Emotional During Military Vet's National Anthem Performance, Then Has the Game of His Life

NFL All-Pro Chris Jones, of the Kansas City Chiefs, was spotted during a highly emotional moment before his team's AFC title game.
By Bryan Chai  January 30, 2023

A boat carrying students on a day trip from their local madrassa (an Islamic religious school) capsized in Tanda Dam lake on Sunday.
By Michael Austin  January 30, 2023

A top Air Force general wants his command to be ready for a war with China that could come as soon as 2025.
By Jack Davis  January 30, 2023
Next