Former Vice President Joe Biden has had some problems with previous quotes resurfacing that sound a bit, well, racist in 2019.

You may have heard, but plenty of college students didn’t. In fact, when they heard them, they thought they belonged to President Donald Trump.

That fun little experiment came courtesy of Campus Reform, who sent their own Cabot Phillips out to do yet another survey of what our nation’s undergraduates are thinking, if and when they are.

This time, he was armed with three racist quotes from the past. The students — who almost uniformly said they would prefer Joe Biden in a hypothetical Biden-Trump 2020 matchup  — were asked to guess who said them.

The thing is, they were all Biden quotes.

First quote: “You cannot go into a 7-Eleven or a Dunkin’ Donuts unless you have a slight Indian accent. I’m not joking.”

That one tumbled out of Biden’s mouth back in 2006 when, according to what a spokeswoman said at the time, the then-Delaware senator was trying to explain “that there has been a vibrant Indian-American community in Delaware for decades. It has primarily been made up of engineers, scientists and physicians, but more recently, middle-class families are moving into Delaware and purchasing family-run small businesses.” Right.

Well, anyway, Biden needn’t have worried among younger voters, because all of the students shown ascribed it to Trump.

Next up, the infamous “they’re going to put y’all back in chains” quote — delivered during the 2012 election to a largely African-American audience, warning them that if Mitt Romney got into the White House, it was back to the antebellum days.

This time, there was a dissenter who said it was a Biden quote — but, by in large, Trump was viewed as the source for that one, too.

Finally, his assessment of Barack Obama during the 2008 presidential race: “I mean, you got the first mainstream African-American who is articulate and bright and clean.”

Again, guess who “won” that competition?

So then, they were all told who the quotes really came from.

Other reactions: “I don’t think that’s something I want to support,” “That’s surprising,” and “I’ve never heard any of those things. The fact that you told me that, I’m now I’m like d—, is he really who he says he is?”

No, of course not, but that’s going to be the problem with Biden. In the video in which he announced his campaign, he basically called Donald Trump a racist and implied he was a force for stability. That came from a gaffe-prone man given to rhetoric like this. Once America finds this out, we’ll see if that polling advantage holds up. 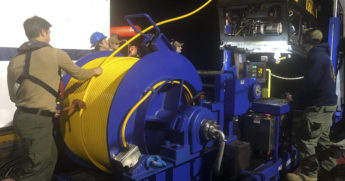