As Serbian tennis star Novak Djokovic makes a controversial return to the Australian Open, critics have targeted him both online as well as in the stands.

This was Djokovic’s first appearance at the Australian Open since 2021. Due to his refusal to get the COVID vaccine, he was previously barred from competing in January 2022 and consequently deported from the country.

People Magazine reported that he was granted a temporary visa by the Australian Immigration Minister, allowing him to compete in the 2023 Australian Open.

During a Thursday game against Enzo Couacaud of France, held at the Rod Laver Arena, a group of attendees — dressed in red-and-white shirts and hats like Waldo from the “Where’s Waldo?” children’s books — made a ruckus in the stands by repeatedly shouting at Djokovic.

After having had enough of the heckling, Djokovic questioned the umpire as to why he hadn’t removed the taunting fans.

Djokovic pointed out the provocateurs and asked the umpire what he was going to do about the group of men.

The entire conversation with the umpire wasn’t heard, but Djokovic can be heard telling him “You know who it is,” adding that “The guy’s drunk out of his mind!”

“From the first point, he’s been provoking. He’s not here to watch tennis. He just wants to get in my head!” Djokovic said, according to Mediaite.

He added, “Why don’t you get security guards? Get him out of the stadium!” and ultimately walked away to continue the match.

Djokovic wasn’t the only one upset. During the third set, a fan in the crowd apparently shouted at the group of men, telling them to shut up, to which Djokovic shouted “thank you” in response.

Another crowd member, to the first guy: “shut up”

Security ultimately removed the four men. Multiple fans were seen high-fiving and shaking hands with the hecklers as they were escorted away.

Djokovic ultimately won the match, beating Couacaud by 6-1, 6-7, 6-2, and 6-0, Mediaite reported. As the number one in men’s tennis worldwide, he currently ranks as the No. 4 seed.

Djokovic drew further controversy during his first-round match against Spain’s Carballes Baena on Tuesday after he took a bathroom break – despite not having a break to use.

According to Fox Sports Australia, broadcasters for Eurosports claimed that Djokovic “defied the umpire to take an early bathroom break in his first match at the Australian Open,” adding: “He needs to go to the toilet? After five games?”

One suggested that he “pulled rank,” and the other said he just ran off the court “without permission, it seems.”

Djokovic replied in an Instagram story according to Fox: “Eurosport please get your informations checked before you post something judgmental and wrong.”

He added that “Chair umpire allowed me to go to the toilet,” but because he didn’t have a toilet break — only a changeover break — he was told he would have to hurry. “When I almost exited the court she called me (I didn’t hear) and it was to tell me that toilet was on the opposite side of the court,” Djokovic wrote, according to Fox News. 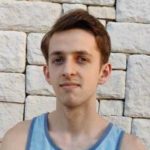 Carson Choate
Carson Choate is a freelance writer who got into politics in late 2019 when the House voted to impeach then-President Donald Trump. Before joining The Western Journal, he worked as an editor for a small news site.
New IRS Requirement Now Applies: 'All Taxpayers Must Answer the Question'
Family of Woman Decapitated by Gate at National Park Awarded Over $10 Million in Damages
Smithsonian Museum Kicks Out Students Over What They Had on Their Hats: Attorney
Microsoft Update Will Make Xbox 'Carbon Aware' - Consoles Will Automatically Shut Down Based on 'Regional Carbon Intensity'
Man Dies After Being Crushed by Machine Designed to Prevent Public Urination
See more...
Advertisement

"I always ask God to lead me in the right direction and let me be who I am for His name,” Kansas City Chiefs quarterback Patrick Mahomes said.
By Jack Davis  February 7, 2023

An Air Force cadet who died suddenly on campus succumbed to blood clots after an injury he sustained during practice, according to a coroner.
By Johnathan Jones  February 7, 2023

"[H]ow do you not love this ... kid’s leadership, poise and professionalism? Admirable. The kind of players that’s so easy to root for."
By C. Douglas Golden  February 7, 2023

"This is just fine & normal now," one Twitter user said sarcastically. She was hardly alone in her assessment.
By C. Douglas Golden  February 7, 2023

The last lesson a seminary student taught before her death was about the promise of heaven as given in Revelation.
By Jack Davis  February 7, 2023
Next