One hundred and three years ago, at 11 a.m. on Nov. 11, 1918, in a forest in France, Germany surrendered to the Allied nations to end the most horrific international war at that point in human history, World War I. They called it the “Great War” and the “War to End All Wars.” Unfortunately, it wasn’t. In 1939, World War II was upon us, and many others followed.

In the British Commonwealth, today is called “Remembrance Day.” In the United States, what was formerly known as “Armistice Day” became “Veterans Day” to include all those who have served in defense of liberty. But no matter where we are, we honor our veterans’ bravery, sense of duty and willingness to pay the ultimate price for our freedoms.

From America’s struggle for independence to today’s global war against terrorism, countless men and women have answered the call to put their lives on the line for our nation. They have performed a tremendous service that we can never repay. And untold numbers of them have made the ultimate sacrifice, giving their lives for the cause of freedom.

The great military hero General Douglas MacArthur once said, “There is no security on this earth; there is only opportunity. Empty your days of the search for security and fill them with a passion for service.”

I think one of the most important things you can do is visit a military cemetery. It’s a powerful experience to walk there and remember those who have served our country throughout the years.

If you travel to Washington, D.C., to see the incredible sights of our nation’s capital, I would encourage you to pause for reflection at Arlington National Cemetery. Approximately 400,000 people are buried there, their graves marked with white headstones.

In my experience, the most moving part of a visit to Arlington National Cemetery is watching the changing of the guard outside of the Tomb of the Unknown Soldier, which happens “every hour on the hour from October 1 through March 31, and every half hour from April 1 through September 30,” according to the cemetery’s official website.

The tomb was built in 1921 to honor those unidentified soldiers who died in World War I. The tomb is inscribed with these words: “Here rests in honored glory an American soldier known but to God.”

I remember speaking to the parents of a friend of mine who died in the Vietnam War and was subsequently buried at Arlington National Cemetery. His mother said, “When we stood there, we saw many tourists and others who were watching and participating there, and it occurred to me that as people looked at my son’s grave that to the world he was just another one, but to me he was the only one.”

On this Veterans Day, we recognize and remember the mothers, fathers, brothers, sisters, wives, husbands, sons, daughters and friends who have bravely served in our military, along with those who have lost loved ones in service to our country. If you love someone who served our country, then you, too, have made a sacrifice that many cannot even imagine.

Jesus said, “Greater love has no one than this, that someone lay down his life for his friends” (John 15:13). It is appropriate for God’s people to honor the brave men and women who have risked everything in serving their country.

As believers, we pray for the kind of peace mentioned in Isaiah 2:4: “He shall judge between the nations, and shall decide disputes for many peoples; and they shall beat their swords into plowshares, and their spears into pruning hooks: nation shall not lift up sword against nation, neither shall they learn war anymore.”

Yet we know that kind of peace will not come until our Savior returns to conquer sin, death and evil once and for all. For as Jesus warned his disciples in Matthew 24:6: “And you will hear of wars and rumors of wars. See that you are not alarmed, for this must take place, but the end is not yet.”

Related:
If the Elites Learned This 1 John Quincy Adams Quote, Next Veterans Day Would Be the Best One Ever

Until Christ’s return, let us honor those who daily defend and protect us and provide the precious gift of freedom to those living in other nations.

Let’s praise God for them and pray for them. Let’s thank veterans today — and every day. May their faithfulness inspire us to live selflessly for others.

And together, we await the day when God’s peace reigns. 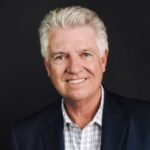 Stories like this prove green energy technology is not ready to power the world, and the powers that be don’t want the rest of us to know it.
By Johnathan Jones  February 6, 2023

Arnold Schwarzenegger went above and beyond after he was involved in an accident on Sunday in West Los Angeles.
By Jack Davis  February 6, 2023
Next