Disclosure: Some of the links below may contain affiliate links from Patriot Depot, a sister company of The Western Journal.

The comment came after the president complimented Minneapolis police officers for the red “Cops for Trump” T-shirts they made ahead of his visit.

The officers made the shirts in response to a directive from the city’s Democratic Mayor Jacob Frey that they could not wear their police uniforms to the rally.

Frey had also sought to charge the Trump campaign a $530,000 security fee for the event at the Target Center downtown.

Politifact confirmed that fee was more than 26 times the security costs charged to then-President Barack Obama ($20,000) when he held an event at the same venue in 2009.

By way of comparison, the city of Rochester, Minnesota, 85 miles south of Minneapolis, charged Trump approximately $76,000 and Duluth billed $69,000 for events the president held there in 2018.

At his Thursday night rally, Trump said, “And I have to say, there are a lot of very beautiful red T-shirts in the audience. That was a record sale. They did very well. And I’ll tell you what: cops love Trump, Trump loves cops.”

And I have to say there are a lot of very beautiful red t-shirts in the audience. That was a record sale — they did very well, and I’ll tell you what… COPS LOVE TRUMP — TRUMP LOVES COPS! –@realDonaldTrump #CopsForTrump pic.twitter.com/L68r78hD8z

Later in his speech, Trump took up the topic of Joe and Hunter Biden and their dealings in Ukraine.

“Joe’s son Hunter got thrown out of the Navy and then he became a genius on Wall Street in about two days,” the president said.

Related:
5 Years Ago, Trump Did What Clinton, Bush and Obama Couldn't 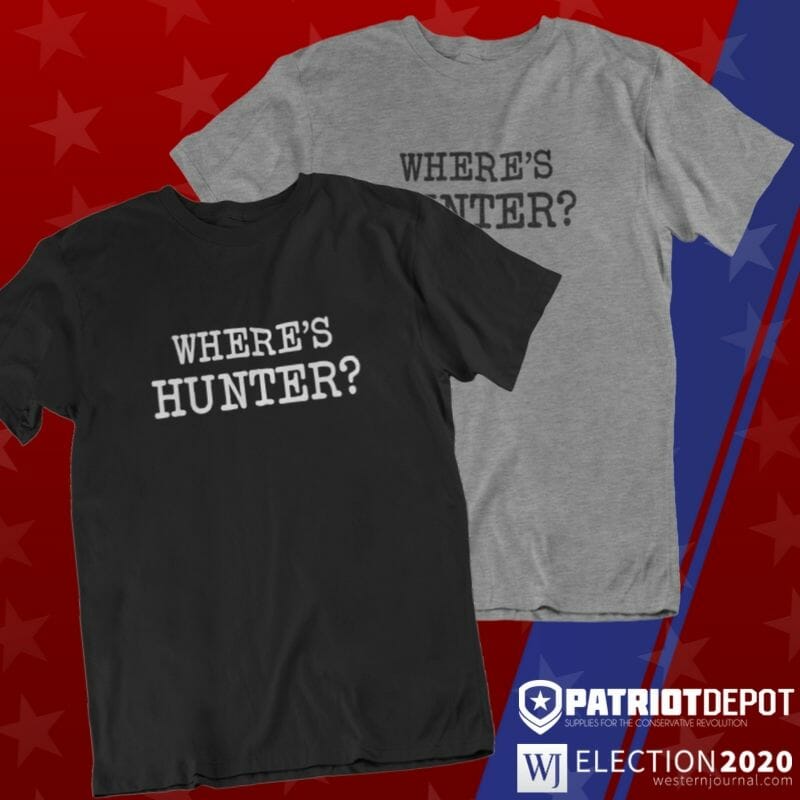 Hunter Biden has not addressed the allegations that he leveraged his father’s position as vice president overseeing U.S. policy with Ukraine to land a high-paying position with the Ukrainian gas company Burisma Holdings — nor has he been seen in public, for that matter.

During an official visit to Ukraine in March 2016, Joe Biden pressured President Petro Poroshenko to fire a prosecutor — who was conducting a corruption investigation into Burisma — or the country would not receive $1 billion in U.S. aid.

Trump rightfully highlighted that establishment media outlets are giving the Bidens a pass on the subject while offering full legitimacy to the Democrat Rep. Adam Schiff-led impeachment inquiry against him.

“Here’s Hunter, being examined by sleepy eyes [NBC “Meet the Press” host] Chuck Todd or some of these people,” Trump said, pointing to the media covering the rally.

Trump also hit Hunter Biden on the $1.5 billion deal he landed two weeks after accompanying his father to China for a state visit in December 2013.

His Washington, D.C.-based Rosemont Seneca Partners investment firm entered into a major deal primarily with Chinese investors, the largest of which was the government-run Bank of China.

“And then [the Bidens] fly to China, and I’m dealing with people right now. They’re tough as hell, those Chinese negotiators, and Hunter, who’s not too smart, Hunter,” the president said.

Peter Schweizer — senior researcher with the Government Accountability Institute and author of “Secret Empires: How the American Political Class Hides Corruption and Enriches Family and Friends” — summarized the Bidens’ egregious conduct perfectly during a recent interview on Fox News.

“The bottom line is, at the end of the day, this needs to be investigated,” he said. “What we know for a fact is that in Ukraine and in China, the only two countries where Joe Biden was point person on U.S. policy, his son cashed in big-time.”

A city overrun with drug abuse, crime and homelessness is finding time to look into Elon Musk's office decor.
By Joe Saunders  December 7, 2022

Over 2.76 million illegals were encountered at the border over the last year, the largest number in the history of the United States.
By George Upper  December 7, 2022

"I carry Nicholas with me forever and always in my heart and soul. Thank you everyone for sharing the story for it to of reached so far."
By Amanda Thomason  December 7, 2022

After the lackluster GOP performance in the 2022 midterms, RNC chairwoman Ronna McDaniel has faced calls to resign so new blood can takeover.
By John McCann  December 7, 2022

This will make the United States even more vulnerable to attack at a time when our adversaries are become more and more bold.
By Peter Partoll  December 7, 2022

Biden Drops Biggest Hint Yet on His 2024 Plans to Important Foreign Ally: Report

If we were re-elected and served out a full second term, Biden would be 86 when he handed over the reins to whoever succeeded him.
By George Upper  December 7, 2022

The superintendent of the New Orleans Police Department, the "murder capital" of the U.S., announced his retirement.
By Trevor Schakohl  December 7, 2022

According to records and other sources, roughly 1,500 animals have died during product testing by Neuralink scientists since 2018.
By George Upper  December 7, 2022

Nigeria is trying to reduce the use of cash in the nation by putting a limit on how much money anyone can get from an ATM.
By Jack Davis  December 7, 2022
Next