President Donald Trump is fulfilling the promise of genuine equality that this country made to its female citizens nearly 100 years ago.

Almost a century ago — 99 years to be exact — women won the right to vote by ratification of the 19th Amendment, which is commemorated by Women’s Equality Day. Thanks to this historic effort, groups like Concerned Women for America have flourished and advanced our agenda for the betterment of our families and women. In honor of this anniversary, thousands of women from across the country are exercising this right through voter registration efforts in support of President Trump.

The top issue for a plurality of voters in 2020 is health care, and for good reason. Accounting for a little under one-fifth of America’s GDP, health care and its associated costs are a complex challenge for our nation’s lawmakers.

According to cable news pundits and Democrat lawmakers, the Republican Party is committed to eliminating coverage and leaving people out on the street. Not only is this claim extremely disingenuous, it’s also fake news. Trump is working to address the systemic issues within our health care system while Democratic candidates hope that their “free” sales pitch will fool voters.

In fact, women would be among the people most negatively impacted by a government-takeover of our health care system.

According to the Kaiser Family Foundation, approximately 58.3 million women enjoyed employer-provided health coverage as of 2017. Private insurance covers most Americans, yet the Democratic candidates are openly suggesting eliminating popular coverage options in favor government health care for all. The private insurance marketplace offers the greatest flexibility, price points, and coverage options for women — so, why would Democrats undo this? While it may sound inclusive, “Medicare-for-All” is actually “Quality-Care-for-None.”

The truth is that a large portion of the voting public fails to grasp the horrendous implications of a state-run health care system, buying the talking points of Sen. Bernie Sanders and the modern Democratic Party. The reality is that nothing is “free,” and taxes would have to increase significantly across the board.

Even massive tax increases, though, still wouldn’t be enough to cover the enormous spending that the Democrats are proposing. It’s a blatant lie that taxing the “rich” would be enough to fund their socialist vision. In the words of Margaret Thatcher, “socialism only works until you run out of other people’s money.”

Rather than making unrealistic promises, President Trump has delivered real results that benefit women and families.

The Trump administration has pinpointed key faults in our health care system and issued administrative rules, executive orders and signed bills to repair this broken system. The president has worked to improve transparency among industry stakeholders and, for the first time in history, prescription drug prices are holding steady and even decreasing — in the first 18 months of Trump’s presidency, Americans saved roughly $26 billion on prescription drugs.

Also, the Departments of Labor and Health and Human Services have issued new rules that incentivize greater use of Health Savings Accounts and Health Reimbursement Accounts. Using tax incentives and cash savings, the rules give employees greater control over their health care dollars and allow employers to focus on their businesses rather than exorbitant coverage costs.

Democrats would have you believe that Trump and the GOP are on a mission to discontinue coverage and worsen the quality of health care for millions of women, so we must contradict their reckless misinformation.

There’s still a lot of work to be done on health care in Washington, and that’s what will drive women to the polls in 2020. We cannot surrender sound policy to an opposition party that is solely focused on further worsening our valuable health care and implementing a model that has failed around the world.

This is not hyperbole — government-run health care would reduce quality of care, increase wait times, lower the salaries of medical professionals, gut private insurance and raise taxes on everyone.

Democrats claim to be the party of women, but that’s no more true today than it was 100 years ago when women gained the right to vote. Today, we have a president focused on results to improve our health care despite the obstruction he has faced every step of the way since he became president.

Now it’s our turn to use our God-given rights to vote as well as register more and more women so President Trump can continue to deliver for us. Women for Trump is building on the success that our suffragette friends achieved 100 years ago, and that President Trump has delivered for women nationwide.

Let’s honor the anniversary of the right to vote by empowering even more women to exercise that right in 2020. 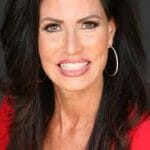 Penny Young Nance
Penny Young Nance is the CEO and president of Concerned Women for America, the nation’s largest public policy women’s organization and a member of the Women for Trump coalition.
A Vote for Trump Is a Vote for World-Class Health Care for Women and Families
See more...
Advertisement