President Donald Trump promised to re-negotiate NAFTA or to cancel it, if negotiations failed. His pledge was for trade deals to benefit middle-class working Americans and not the elite which had been the beneficiaries of previous trade agreements.

The president has made changes affecting trade such as withdrawing from the Paris Agreement and the Trans-Pacific Partnership, negotiating a trade deal with South Korea, increasing tariffs with China, and replacing NAFTA with the USMCA (United States-Mexico-Canada) Trade Agreement.

The USMCA Agreement was signed by President Trump, Mexico’s previous President Enrique Peña Nieto, and Canadian Prime Minister Justin Trudeau in 2018 during the G20 Summit in Buenos Aires, Argentina. Each country is required to have treaties ratified by its legislature.

In June 2019, Mexico ratified the agreement with an overwhelming majority, 114 to 4. Mexican President Andrés Manuel López Obrador said, “Now it is up to Canada and the United States.”

Trudeau said this is “good for our workers, good for our citizens, good for the middle class.” Canada is working to ensure ratification before its parliamentary elections this fall.

With ratification, the economy will have a noteworthy lift. The International Trade Commission estimates that the trade deal would increase Gross Domestic Product by $68.2 billion. Presidential economic advisor Larry Kudlow is confident that it will create at least 180,000 new jobs each year. More than 950 organizations from the food and agriculture sectors wrote letters urging Congress to ratify the agreement.

Some believe that Pelosi is pandering to the socialist wing of the Democratic Party, and would rather impart a loss to America than give Trump a win.

The “New Democrat Coalition” revealed that its 103 members in Congress would not support USMCA without changes.

Pelosi gets a Pinocchio for professing to want a vote, while she perseveres in delaying the vote.

Fourteen House Democrats sent a letter to Speaker Pelosi urging her to bring a vote. “It is imperative that we reach a negotiated agreement by early in the fall … We need to restore certainty in these critical relationships that support millions of American jobs.”

Over 12 million American jobs depend on trade with Canada and Mexico. Vice President Mike Pence has been traveling to states where this trade deal would most impact workers. He highlighted the car-making provisions in Lancaster, Ohio.

U.S. farmers are eager to know their exports to Mexico and Canada will continue.

The Business Roundtable’s combined companies have more than 15 million employees and $7.5 trillion in revenues. After their Washington, D.C. meeting, with the Business Council of Canada and Consejo Mexicano de Negocios, they urged lawmakers to sign USMCA into law.

The following is an excerpt of their statement:

“Business leaders across North America support timely ratification of the United States-Mexico-Canada Agreement (USMCA), a high-standard, comprehensive trade agreement that will make the North American economy even more vibrant and competitive, drive investment and support the creation of high-value jobs. Trade and investment between the U.S., Canada and Mexico supports hundreds of thousands of businesses and millions of jobs.”

More than 600 business leaders, agriculture leaders and chambers of commerce from all 50 states sent a letter to Congress asking their representatives to ratify the U.S.-Mexico-Canada Agreement. The letter states that the benefits of this agreement put American workers first, will strengthen America’s economy, create new jobs and improve trade between all three countries.

They ask that Speaker Pelosi bring USMCA to the House floor for a vote.

Normally international treaties are ratified by the Senate with no requirement to pass through the House of Representatives.

However, when a bill is considered a revenue bill, as this is, it must be passed in the House before the Senate can vote on ratification. Thus, Pelosi controls the timing and passage of USMCA, which has been stalled for months.

Pelosi’s Gordian Knot is bothersome because of her history with successful delay tactics. She delayed President George W. Bush’s trade deals with Columbia, with Panama, and with South Korea until Bush left office. President Barak Obama re-negotiated the terms before those agreements were ratified.

Will President Trump, like Alexander the Great, find a way to undo the modern Gordian Knot or will Speaker Pelosi succeed in delay tactics until after the election with a goal that a Democratic candidate would take office, and then re-negotiate the terms of the agreement? 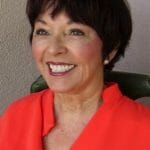 Darlene Casella
Darlene Casella is a former English teacher, a stockbroker, and owner/president of a small corporation. She is politically active with Federated Republican Women, the Lincoln Club and the California Republican Party.
Will Nancy Pelosi Use Her Age-Old Tactics To Stop the United States-Mexico-Canada Trade Agreement?
Jovial Joe Biden - The Joker Who Would Be President
See more...
Advertisement

Drivers who are using the fall weather to their advantage by sticking leaves to their license plates have dodged millions in tolls.
By Carson Choate  November 27, 2022

Four people were killed and one wounded on an Oklahoma marijuana farm; police have arrested a suspect in Florida.
By Jack Davis  November 27, 2022

Workers are fighting back after their employer laid off all 2,700 employees just a few days before Thanksgiving.
By Jack Davis  November 27, 2022
Next