Maybe not immediately, but as younger and healthier people leave employer-based coverage and the health care marketplaces for the “free” alternative, the private system will collapse.

As young professionals earning around $40,000 to $80,000 a year leave the market to try to recoup their monthly health care costs, premiums will rise for everyone else, pushing those earning even more to the public option. Rinse and repeat. The dreaded death spiral will soon be upon us.

Indeed, the public option is stop number eight on the ten station train line culminating in a single-payer system. (Obamacare is around the sixth stop.)

In other words, a vote for Biden is a vote for single-payer health care.

Those considering voting for him should take a trip to Canada to try before they buy.

According to the Fraser Institute, the average wait to see a specialist is more than five months. Over one million Canadians are stuck on waitlists — the equivalent of about 10 million Americans. Wait times at the emergency room and walk-in primary care clinics can stretch for the entire day.

This is not the health care model that the U.S. should follow — even if Biden presents it in sheep’s clothing.

I speak from personal experience. I worked as a doctor in the Canadian system for 13 years before I emigrated to Minneapolis. As medical director for diagnostic imaging at Thunder Bay Regional Hospital in Ontario, I witnessed 13-month average waits for MRIs and seven-month delays for CT scans.

Without market forces, health care in Canada is rationed just like ordinary consumer goods in socialist countries like Venezuela. Part of my job was to triage patients, based on limited clinical history, to determine how long they would have to wait for their scans.

No physician or bureaucrat should have this much power. At times, I would place patients to the end of the line only to read their scan months later and realize that they had an out-of-control tumor or rampant infection that should have been addressed months earlier. I could not sleep at night working in such a system.

Related:
Op-Ed: The 4 Basic Principles That Will Lead America Back to Prosperity

Like thousands of other doctors across the country, I am a physician refugee from Canada’s socialist system.

Medicare for All is a misleading name for single-payer health care. Funneling all patients through one government-run system is nothing like the traditional Medicare system, which allows for meaningful choices and private options.

The closest equivalent to the Canadian system in the U.S. is Medicaid. The same wait lines, rationing and bureaucratic hurdles exist there as in Canada.

In contrast to Biden, President Trump supports less government intervention rather than more, with less centralization and more personalization of care. His personalized plan, announced at a speech last month in Charlotte, would lower prices, increase access and improve care.

Government-run health care advocates like Biden argue that we can’t afford private and personalized health care solutions. Yet in every other area of the economy where market forces are allowed to work, prices come down, quality improves and access is expanded.

Technology is Exhibit A. Flat-screen TVs are twice as good and half the price of just a few years ago. Virtually every American, even the poor, have access to smartphones and gadgets. 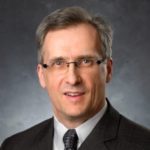 Lee Kurisko
Lee Kurisko, M.D., is a physician in Minneapolis and the author of "Health Reform - The End of the American Revolution?" He is chief medical officer at Medibid.com and a member of the Job Creators Network.
Canadian Doctor Who Fled to US Predicts Chilling Side Effect of Biden Victory
See more...
Advertisement