Is Biden About to Lose a Cabinet Member? Rumors of Infighting Could Mean Exit After Midterms: Report

DeSantis Silences Reporter Who Tries to Politicize Hurricane Ian: 'Woah, Woah, Woah, Give Me a Break'

“We must begin the work of dismantling the whole system of oppression wherever we find it,” Democratic Rep. Ilhan Omar of Minnesota said recently.

Conservative commentators went ballistic. Tucker Carlson proclaimed that Omar is trying to “dismantle the American economy and the American system of government.” Firing back, Snopes rated Carlson’s claim “false” and Slate described him as snarling and venomous and his viewers “dumb” if they believed him.

Omar’s worldview carries strong Marxist overtones. To understand her views — as well as those espoused by some of the leaders of the Black Lives Matter organization — we need to review what Marxism is all about.

Where Marxism Came From

In 1848, Karl Marx published “The Communist Manifesto,” calling for the “proletariat,” the propertyless workers, to seize power, wealth and status from the property owners, what Marx called the “bourgeoisie.”

Marx wrote grandly, “Proletarians, of the world, unite! You have nothing to lose but your chains.” To achieve his aims, Marx called for the “forcible overthrow of all existing social conditions.”

Marxism is a deeply theoretical worldview.

The writings of Marx, Marx’s co-author Friedrich Engels and later writings by V.I. Lenin and Mao Zedong run into the hundreds of volumes. But it is crystal clear in all these writings that institutions such as the economic system, the government, religion and family are inherently oppressive.

They cannot be fixed. They must be destroyed.

How Marxism, Socialism and Communism Fit Together

In this earthly utopia, we will be able to defund the police because all crime is caused by capitalism.

We won’t have individual families anymore — we’ll all be one big family. Religion will have lost its bewitching power.

All corruption will cease because the workers, purified by their oppression, will rule with peace and harmony.

“Materialism” says that nothing outside of the material world exists. There is no God nor any other kind of spiritual reality. Humanity alone is divine. Justice requires us to “sweep away everything that claims to be supernatural and superhuman,” Marx said.

The “dialectic” is the way history advances through conflict. The workers revolt against the owners through class struggle. Today, the doctrine of class struggle has been expanded to include conflicts between races. To Marx, conflict is the only way to make things better, even if it is destructive and bloody in the short term.

Marx taught that the combination of the dialectic process and materialistic philosophy created the combustible materials that would spark the fire of revolution. Out of the ashes of this blaze a new society would arise.

When Marxists think about the world, they see it in purely economic terms. “Show me the money,” they say. Remember, Marxists say that the material world is all there is. There is only so much to go around.

If any one person has an economic advantage, that alone is proof that he has stolen his wealth from the rest of us. Case closed. Taking it back is only fair.

To Marxists, it’s not enough to improve worker safety or increase wages. These are just delaying tactics the powerful use to sap the working-class of their revolutionary fervor.

You can count on Marxists to despise anything they think stops short of all-out revolution, even such seemingly good things as affordable consumer goods, technological breakthroughs, art and architecture.

Marxists love to dig into what they think of as capitalism’s bottomless bag of dirty tricks.

If a religious revival breaks out, Marxists complain about how capitalists are funding it as a way of drugging the working-class into complacency. If the working-class gets access to less expensive goods, Marxists show pictures of mounds of garbage and critique the “waste” capitalism generates.

There is no end to such critiques. Even as poor people get access to better health care and living conditions, Marxists dismiss the good news and focus instead on the gap between the rich and the poor (remember, if there is only so much to go around, the rich can only get richer by stealing the rest of us blind).

How Marxists Want You To See the World

Tragically, tens of millions of unmarked graves testify to the fact that the lighting of the fires of revolution, contrary to Marx’s hope, leads not to a glorious utopia, but to something else altogether.

Yet Marxists won’t give up. It’s not about the rules of the game. Rather, it’s about seizing power and deciding what the final score ought to be. Marxism succeeds to the degree that people allow themselves to be divided into “interest” groups that will fight one another out of resentment and fear.

In spite of Marxism’s horrific track record, Marxists are often seen as righteous because they draw attention to exploitation and oppression. But does their ability to point out the problem mean that their solution will work?

There is only one way to find out, Marx’s followers say: Give them control, destroy existing social conditions and start over. 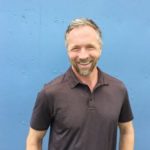 Jeff Myers
Jeff Myers, Ph.D., is president of Summit Ministries. In their classic best-selling text "Understanding the Times," Myers and co-author David A. Noebel offer a deeply researched defense of a Christian worldview and critique of Marxism and other destructive worldviews.
Jeff Myers: What Is Marxism? A Five-Minute Primer
See more...
Advertisement

Democratic politicians are willing to ignore one of the cornerstones of the American legal system as they target their opponents.
By Michael Letts  September 28, 2022

The venue is the Delaware Chancery Court. The judge is Kathaleen McCormick. The parties are Elon Musk and Twitter.
By Aron Solomon  September 28, 2022

Hallmark's 'Countdown to Christmas' Movie Lineup Is Finally Out, And Some People Aren't Happy About It

In a video announcement released back in July, Hallmark stated that this year's lineup is 'sweater than ever.'
By Amanda Thomason  September 28, 2022

Videos show the extent of the damage from Hurricane Ian as it slammed into Fort Myers Beach and other Florida communities.
By Jack Davis  September 28, 2022

'A Rollercoaster of a Day': Man Shocked to Find His Dog Had Given Birth to a Green Puppy

The French bulldog puppies turned out to be a very colorful bunch, but the most striking puppy of all was green.
By Amanda Thomason  September 28, 2022

Noem Announces Plan That Would Make State History: We Will 'Protect Our People from a Disastrous White House'

Republican Gov. Kristi Noem offered a proposal that could reduce the tax burden on South Dakota residents by $100 million.
By Jack Davis  September 28, 2022

Don Lemon was joined by the acting director of the National Hurricane Center on Tuesday to discuss the tracking and effects of Hurricane Ian.
By Matthew Holloway  September 28, 2022

Megabillionaire Elon Musk refused to rule out a partnership with a free speech social media platform in a tweet.
By Richard Moorhead  September 28, 2022

'Let today’s sentencing serve as a wakeup call to the drug traffickers pushing fentanyl in and around our communities.'
By Samantha Chang  September 28, 2022

President Joe Biden will attend a Democratic fundraiser as a powerful hurricane plows through the state of Florida.
By Jack Davis  September 28, 2022
Next