CORRECTION, Nov. 18, 2020: The headline of this article has been changed from “Lawsuit: Out-of-State Vehicles Brought Tens of Thousands of Unsealed Ballots to Michigan, All for Dems” to “Lawsuit: Out-of-State Vehicles Took Tens of Thousands of Ballots to Michigan Counting Center, All for Biden.” The lawsuit does not make it clear that a batch of unsealed ballots is the same as a batch of ballots reportedly delivered in vehicles with out-of-state license plates, nor is there any indication in the lawsuit of the point of origin for those ballots, and therefore no way to know whether they were taken into the state or merely relocated within it. We have also replaced the generic “Dems” in the headline with the more specific “Biden,” and “Brought” with the more grammatically accurate “Took.”

A major new allegation of voter fraud has been raised in Michigan, where a lawsuit filed by the Great Lakes Justice Center on behalf of two poll challengers says multiple levels of improper conduct took place on orders from election officials.

The allegations are aimed at election officials from Detroit and Wayne County, according to a release from the center, and are based on affidavits of named individuals who said they witnessed misconduct.

“This type of widespread fraud in the counting and processing of voter ballots cannot be allowed to stand. Michigan citizens are entitled to know that their elections are conducted in a fair and legal manner and that every legal vote is properly counted,” senior counsel David A. Kallman said in a statement.

“Such rampant fraud cannot be undone. We ask the Court to enjoin the certification of this fraudulent election, void the election, and order a new vote in Wayne County.”

Michigan, along with Pennsylvania, are two major states targeted by President Donald Trump’s campaign, which has alleged widespread voter fraud linked to mail-in ballots cast there.

The lawsuit, filed by poll challengers Cheryl A. Costantino and Edward P. McCall Jr., cite what the legal filing calls “numerous issues of fraud and misconduct.”

The lawsuit seeks a temporary restraining order that would prohibit officials from certifying the vote until the charges made in the lawsuit can be investigated.

“Defendants systematically processed and counted ballots from voters whose name failed to appear in either the Qualified Voter File (QVF) or in the supplemental sheets. When a voter’s name could not be found, the election worker assigned the ballot to a random name already in the QVF to a person who had not voted,” the complaint reads.

“Defendants instructed election workers to not verify signatures on absentee ballots, to backdate absentee ballots, and to process such ballots regardless of their validity,” the complaint went on, adding another allegation that election workers were told “to process ballots that appeared after the election deadline and to falsely report that those ballots had been received prior to November 3, 2020 deadline.”

“After election officials announced the last absentee ballots had been received, another batch of unsecured and unsealed ballots, without envelopes, arrived in trays at the TCF Center. There were tens of thousands of these absentee ballots, and apparently every ballot was counted and attributed only to Democratic candidates,” the complaint read.

“Unsecured ballots arrived at the TCF Center loading garage, not in sealed ballot boxes, without any chain of custody, and without envelopes.”

The complaint alleged that some ballots arrived in vehicles with out-of-state license plates, and that “[i]t was observed that all of these new ballots were cast for Joe Biden.”

The complaint went on to claim that election workers “systematically used false information to process ballots, such as using incorrect or false birthdays. Many times, the election workers inserted new names into the QVF after the election and recorded these new voters as having a birthdate of 1/1/1900.”

Oversight was denied, according to the complaint.

Detroit’s lawyer in the case said the lawsuit will go nowhere.

“Like two previous lawsuits, this case is not based upon actual evidence of any election fraud or misconduct, it is based upon various conspiracy theories, which have already been debunked,” David Fink told The Detroit News. “We are confident this case, like the others filed last week, will be dismissed.” 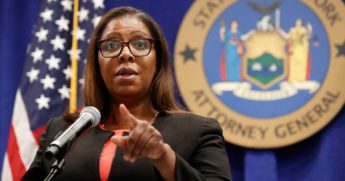