This post was written in partnership with Patriot Depot, a sister company of The Western Journal.

We didn’t know the Donald Trump Garden Gnome would be the smash hit it became.

We thought it had a chance, but did we know for sure? Absolutely not.

From what we’ve seen in the mainstream media, people hate our president.

But, we thought, what if that’s not true? We’ve speculated for a long time that maybe, just maybe, real Americans actually love Donald Trump, despite what the mainstream media wants us to think. 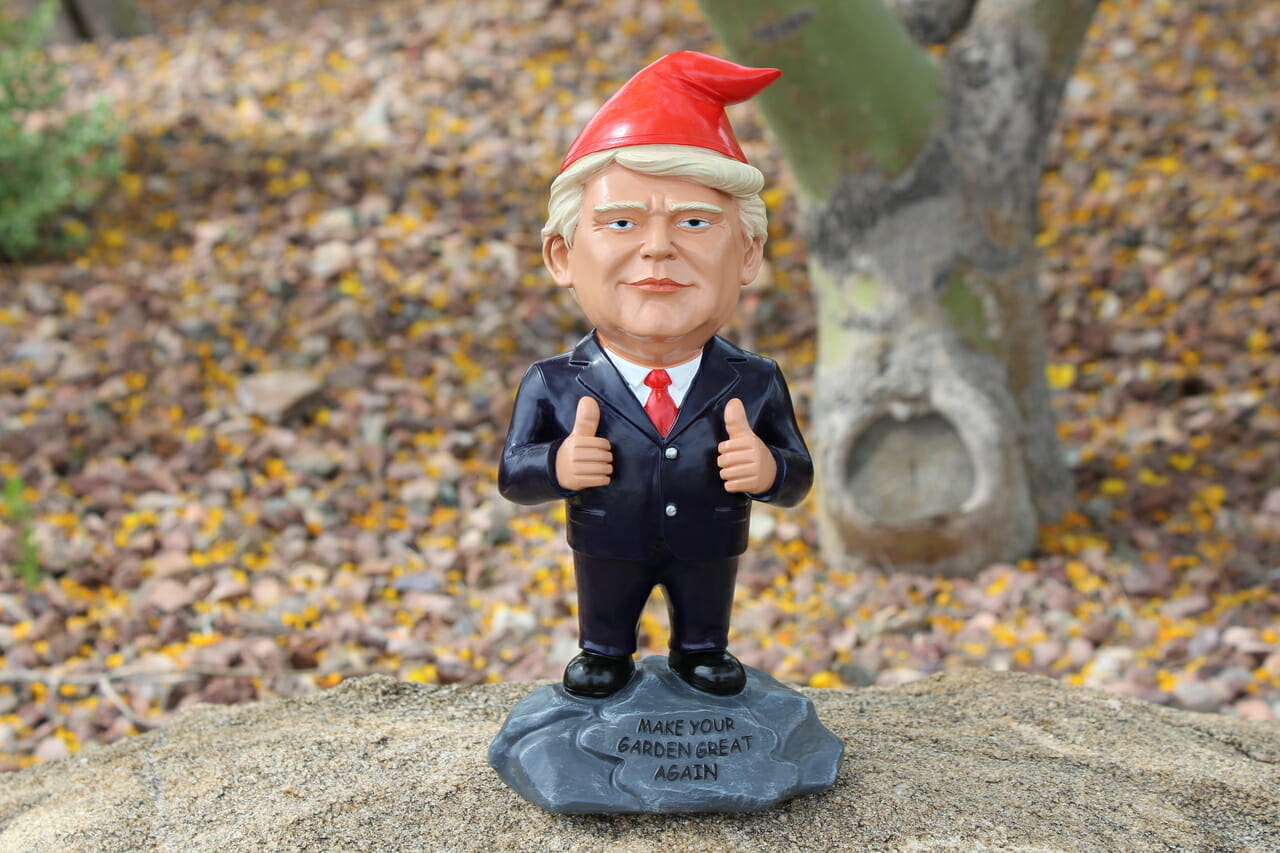 In fact, as soon as we listed this product on our website, it immediately became our hottest item — so much so that we couldn’t keep up with demand.

Even though we instantly put more into production, people wanted this product more quickly than we could get it in stock.

Now, doesn’t that kind of disprove the mainstream media’s narrative that Trump never should have won the election and that most of America really hates him?

Hey, CNN — if the people hate Trump so much, how would you explain the size of these shipments we had to get in just to keep up with demand?

We’re not trying to say the fact that these gnomes are a very hot product means Donald Trump is the best person to ever walk the earth, but we are saying that maybe, just maybe, the mainstream media hasn’t been 100 percent honest when it comes to how Americans really feel about their president.

If you disapprove of the mainstream media trying to deceive people and want to make a statement about it, you could start with a Donald Trump Garden Gnome of your own.

Sponsored Content
This content was developed by The Western Journal's creative studio in collaboration with one of our trusted partners.
Lying Biden Invoked Capitol 'Riot' to Rally Dems, But 1 Movie Shows the Real Story of What Happened on Jan. 6
Divine Judgment: Did You Notice What Happened 1 Year to the Day Before the COVID Plague Struck NYC?
If You Plug the Dates for 9/11 and COVID Into the Bible, Some Absolutely Chilling Numbers Show Up - Is the End Near?
Look What People Reading the '1 Year Bible' All Saw on Sept. 11, 2001, Right Before the Planes Hit
Epic: Conservative Wireless Provider Decides to Give Libs Taste of Their Own Medicine, Helps Flip 4 Woke School Boards
See more...
Advertisement

The red wave Republicans were hopeful for did not happen. Could Google be the reason? Dr. Robert Epstein believes he has evidence to prove it.
By Ole Braatelien  December 5, 2022

Greg Gutfeld is showing us how Elon Musk is once again demonstrating to the left what freedom of speech truly means.
By Peter Partoll  December 5, 2022

"Amy Robach and T.J. Holmes have the day off," was all replacement anchor Stephanie Ramos had to say about the matter.
By George Upper  December 5, 2022

Owners of electric vehicles won't be happy about the "Ordinance on Restrictions and Prohibitions on the Use of Electric Energy."
By Abby Liebing  December 5, 2022

Reporters Notice Who Is Sitting in Back at White House Event, Immediately Realize He's the Biggest Story in the Room

On a night that included stars like George Clooney, Gladys Knight and the rock band U2, someone in the audience stood out more.
By Ryan Ledendecker  December 5, 2022

Hillary Clinton blocks all replies on Twitter, making it clear she isn't interested in accepting criticism for her comments.
By Chase McCown  December 5, 2022

Former Navy SEAL Chris Beck announced he was transgender in 2013 but is now announcing his detransition and rebuking trans supporters.
By Isa Cox  December 5, 2022

"We will be iteratively better and it will force other media companies to also be more truthful or else they’ll lose their readership."
By George Upper  December 5, 2022

Arizona certifies the results for the governor's race on Monday with Republican candidate Kari Lake expected to file a lawsuit.
By The Associated Press  December 5, 2022

The FBI has joined in the investigation of a massive blackout in North Carolina that may go on for several more days.
By Jack Davis  December 5, 2022
Next