Ed. Note: The following Op-Ed is an excerpt from “Life Is Winning: Inside the Fight for Unborn Children and Their Mothers” by Marjorie Dannenfelser, reprinted by permission of the author.

For Susan B. Anthony List to fully mobilize for the 2014 election, we needed support from donors at a higher level than ever before.

Our super PAC, Women Speak Out, set out to assemble and mobilize the largest-ever pro-life ground game in key battleground Senate races, including Arkansas, Louisiana, North Carolina and Kansas. We needed to bring our message directly to the voters and show candidates we could help them win.

Every state in which we engaged in required an investment of at least $1,000,000. Wealthy donors were skeptical at first; we had to convince them that micro-targeting pro-lifers could yield results in the same way it had on fiscal matters. SBA List had to persuade donors that we could do it and that mobilizing these voters could help provide the margin of victory.

It worked. During the 2014 campaign, 768 SBA List field staff made 520,050 visits to voters’ homes and made more than a million voter contacts in four states. Our staff members weren’t just knocking on random doors — they were targeting identified pro-life voters who don’t normally vote in mid-term election cycles, bypassing the din of radio and TV ads with face-to-face conversations.

What message did we use to educate and motivate these low-propensity voters? We informed them about the liberal candidate’s radical support for painful late-term abortions and their support of taxpayer-funded abortion on demand.

A funny thing happened along the way. The more vocal we got about the extreme positions taken by pro-abortion candidates, the less they talked about the issue.

Many Democratic candidates and their support groups shied away from putting the abortion issue front and center.

The Wall Street Journal reported, “EMILY’s List is backing more Senate candidates in the South than ever in its three-decade history. The group, which raises money for Democratic women who support abortion rights, is the largest single contributor to four Southern candidates, including North Carolina’s Sen. Kay Hagan. Yet none of them are talking much about abortion, a change from recent elections in which Democrats used the issue to stir female voters.”

In fact, none of the EMILY’s List candidates for any office running in the South ran ads on abortion, including Wendy Davis, a Texas gubernatorial candidate who kick-started her political career by advocating for extreme, unrestricted late-term abortion.

These candidates might not have been talking about their abortion stances — but we were. SBA List won nine of the 13 contests in which we opposed EMILY’s List candidates. None of the four women they supported for the Senate — Kay Hagan in North Carolina, Alison Grimes in Kentucky, Michelle Nunn in Georgia and Natalie Tennant in West Virginia – won; the Democrats lost control of the U.S. Senate. Wendy Davis lost as well.

One woman who did win a seat in the Senate was pro-life Joni Ernst of Iowa. A mother, a veteran, and a longtime public servant, Ernst won a hard-fought campaign against pro-abortion Rep. Bruce Braley.

Hillary Clinton apparently didn’t get the memo about staying mum on abortion; at a campaign event for Braley just before Election Day, she attacked Ernst for her pro-life views: “It is not enough to be a woman. You have to be committed to expand rights and opportunities for all women.”

Ernst trounced Braley on election day, 52 to 43 percent, and became the first woman elected to either house of Congress from Iowa.

Related:
Franks: America Is Approaching an Inflection Point, And It Could Change Everything

A total of 21 pro-life women were elected to the 114th Congress, the largest number in history, a vindication of our strategy. We spent a record $15 million in 2014. Since our founding, SBA List had helped elect more than 100 pro-life candidates to the U.S. House of Representatives, 19 to the U.S. Senate and 16 to other statewide offices across the country.

Politics thrives on those moments when there is clarity, and there was definitely that in the 2014 results. It was a proof-of-concept moment. At SBA List we learned that, going forward, candidates who employ what they know about their opponents’ extremism on abortion and who reframe the issue of life around actual specific legislative proposals will gain an advantage that can lead to victory.

That’s a message we have to deliver again and again. 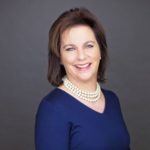