I spent the beginning of this month traveling on the Women for Trump bus tour with Sen. Martha McSally.

We listened to Arizonan women who shared their concerns about reopening the economy and ensuring safe communities. They felt that Joe Biden was too focused on shutting down the economy and taking too long to condemn the violence on the streets.

Even before the global pandemic artificially shut down the economy, President Donald Trump implemented policies to protect jobs and bring more back to America. The result of his pro-growth, pro-jobs economic agenda yielded great results.

Before the pandemic, the United States added 7 million jobs to the American workforce under President Trump’s leadership. Remarkably, from May to August, the U.S. added 10.7 million jobs back to the economy, with more than 150,000 created in Arizona.

The president’s track record on the economy, with support from Republicans like Martha McSally, makes him the “jobs president” America and Arizona need right now as we safely re-open. The president’s pro-growth policies led to the greatest economy in U.S. history leading into 2020, and we’re back on track thanks to the president’s strong, strident economic policies both before and during the pandemic.

As we traveled the state, the economy was a major part of the discussions I had with women, but so was the contrast between President Trump and Joe Biden on the current unrest and attitudes toward law enforcement.

I had mothers approach me to share their concerns over public safety in their community. While President Trump has been unequivocally clear that he stands with law enforcement, Joe Biden has twisted himself into a pretzel trying to placate the radical left now in charge of the Democratic Party.

After failing to condemn the violence in the streets, he finally decided to address the issue, but of course spent most of his time criticizing the president without offering any real solutions.

The truth is, Joe Biden is trying to have it both ways. He is attempting to appease the far-left, Marxist wing of the party by remaining silent on the violent riots, but knows the vast majority of Americans do not support the civil unrest and attacks against law enforcement.

Arizona moms — and all Americans, frankly — want to live in safe neighborhoods and ensure that economic opportunity is available to their children and the next generation of Americans.

President Trump has proven that he is the only person in this race who can follow through on protecting communities and jobs in the face of a turbulent world.

The president signed the Tax Cuts and Jobs Act into law in a move that saw the average resident in Arizona receive a tax cut of more than $1,350. These tax cuts are expected to add more than 23,000 jobs to the state’s economy.

President Trump also renegotiated terrible trade deals like NAFTA to better work for the American people. He worked with our allies to create the United States-Mexico-Canada Agreement, which is expected to add 176,000 jobs to our country’s economy. This is great for Arizona as trade with Mexico and Canada supports nearly 230,000 jobs just in this state.

Before the coronavirus hit America, unemployment in Arizona fell to just 4.5 percent, and we’re quickly reaching that low unemployment number once again.

Even as the pandemic hit America’s shores, President Trump took quick action and signed the CARES Act into law to protect American jobs and to save lives.

In Arizona alone, 1 million jobs were protected by the Paycheck Protection Program that President Trump created when he signed the CARES Act. Further, more than 3.3 million residents of the state received economic impact payments through the CARES Act totaling $5.7 billion in relief.

Advertisement - story continues below
Do you think President Trump has been a good president for jobs and the economy?
Yes: 100% (40 Votes)
No: 0% (0 Votes)

His pro-growth policies have helped the women’s unemployment rate reach a 65-year low before the coronavirus hit. Fortunately, at the rate the economy is recovering now, it won’t be long until we return to those record low numbers. President Trump built the best economy in the world, and he is going to do it again.

President Trump, along with Sen. Martha McSally — the first female fighter pilot to fly in combat and to command a fighter squadron in combat — will fight tirelessly for Arizona as we continue the Great American comeback.

If you like what you have seen over these last few years, the choice is clear on Election Day. 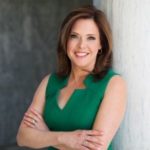