NBC News left out a key bit of information in a story on how the Trump administration “is using a lighter touch” when it comes to initiating enforcement actions against companies that break the law.

Specifically, NBC News reported Monday that at “the Environmental Protection Agency, there’s been a steep drop in both civil and criminal cases against polluters since the Obama administration, with new enforcement actions hitting a 10-year low in 2017.”

It’s correct there was a “steep drop” in EPA enforcement actions in 2017, but that’s a continuation of a trend that started under the Obama administration.

In fact, EPA criminal enforcement actions have declined almost every year after peaking at 387 in 2009. By 2017, the number of criminal cases brought had fallen to 115, according to EPA figures. 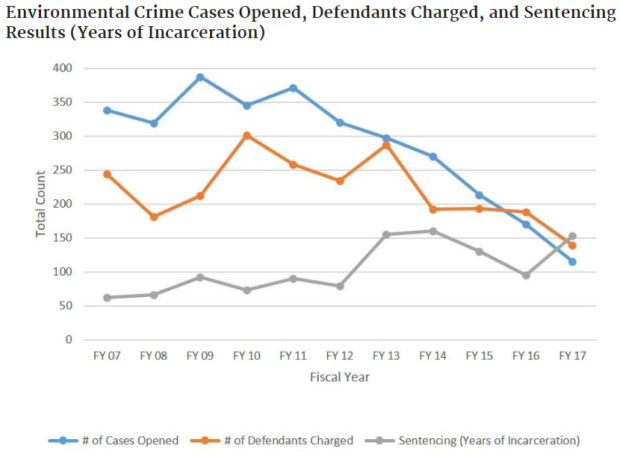 So why did criminal enforcement cases plummet during the Obama administration?

Environmental crimes are often complex and take time to investigate, and EPA said in 2014 that its “focus on high impact more complex cases results in fewer investigations overall.”

Prison time for environmental offenders has been trending upwards due to convictions for biofuels fraud, according to EPA. 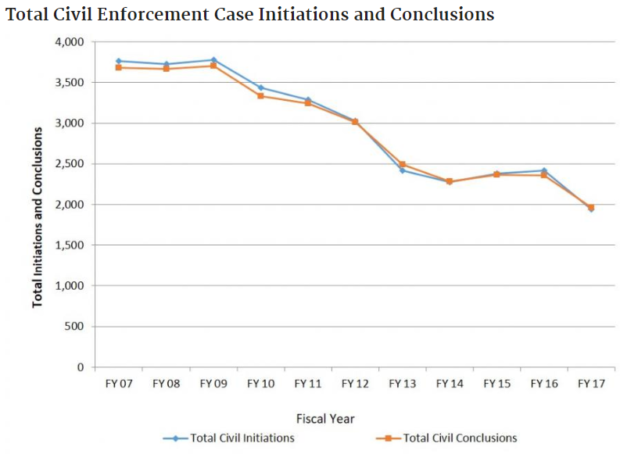 The Trump administration, however, is trying to lessen the burden on industry when it comes to EPA enforcement.

Part of that approach is to have companies self-report their own violations of federal pollution laws in order to incentivize them to quickly correct the infraction.

“Rather we have for many years offered the regulated industry an ability to correct a problem immediately so that the environment is not harmed.”

Related:
Biden Admin Blasted for 'Quietly' Changing Rule on Water on Last Day of the Year