“It accepted this portrait of Mickey as proof of vaccination,” Cahn tweeted on Monday.

“We need to get New Yorkers vaccinated, not another City Hall PR stunt.”

We need to get New Yorkers vaccinated, not another City Hall PR stunt.

New Yorkers will now need to show their “Key to NYC Pass,” the state’s “Excelsior Pass” or their vaccination card for entry into indoor dining, indoor fitness facilities and indoor entertainment facilities in New York City, according to the New York Post.

“I announced the Key to NYC Pass and about five hours later the president of the United States endorsed it,” Democratic NYC Mayor Bill de Blasio said Thursday, according to WNYW-TV.

“[It’s] not connected to the internet. Can’t be hacked.”

Cahn, however, pointed out that statement is not true. The app is internet-enabled and will document a user’s IP address.

“That statement from a technical perspective just doesn’t make any sense,” he said.

“I think this is just more proof of the dysfunction between City Hall and Albany.”

Over 3 million New Yorkers have downloaded the state’s Excelsior Pass, which Cahn was reportedly able to hack in 11 minutes.

The NYC COVID Safe app is different than the Excelsior Pass because it does not have a document verification method, WNYW reported.

“The difference between vaccine cards and the app is the apps look more secure,” Cahn said.

“But the truth is they’re just as easy to forge as that piece of cardboard.”

Data from the city’s health department indicates that 55 percent of New Yorkers are fully vaccinated, 5 percent have only received a single dose and 39 percent remain without the vaccine.

New York City is the first city to take the proof of vaccination approach to handling the pandemic, which will be enforced starting Sept. 13, WNYW reported.

“But we also recognize that we cannot go back down to reduced occupancy and shutdown orders, which could likely happen if we do nothing now.” 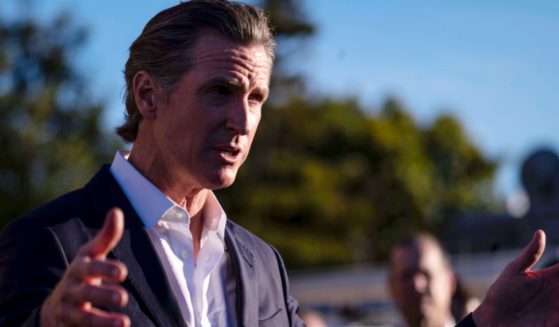