On Thursday, Rep. Alexandria Ocasio-Cortez used the Bible to mock Christians on Twitter while touting legislation she is pushing with Bernie Sanders.

The New York Democrat is co-sponsoring the Loan Shark Prevention Act that, according to a news release from the Vermont senator’s office, would “combat the predatory lending practices of America’s big banks and protect consumers who are burdened with exorbitant credit-card interest rates.”

Ocasio-Cortez is using the legislation’s introduction to criticize conservatives, targeting Christians in particular after recent pro-life legislation signed into law in Georgia and Alabama.

The two democratic socialist legislators say the bill would cap credit card interest rates at 15 percent and give states authority to set even lower limits.

“There is no justifiable reason that a person — no matter their background — should be charged an interest rate higher than 15 percent,” Ocasio-Cortez said in the release.

“Rates higher than 15 percent are predatory debt traps, designed to keep working families underwater and allow predatory companies to enrich themselves off the misfortune of others,” she added.

The congresswoman promoted the bill on Twitter, taking a swipe at Christians and other believers at the same time:

Usury – aka high interest – happens to be explicitly denounced in the Bible (& in many other religions).

Looking forward to having the religious right uphold their principles + sign onto my bill. ?

Unless of course they’re only invoking religion to punish women + queer people. https://t.co/h7FxTaMxKb

What angers me about the GOP’s attempts to turn the United States into a far-right Christian theocracy is how dishonest they are about it.

At least be forthright about your desire to subvert and dismantle our democracy into a creepy theological order led by a mad king.

However, a report from the New York Federal Reserve cast doubt on the congresswoman’s claim.

“If scrutiny and prosecution limit entry into payday lending, the lack of competition may drive rates higher,” said the 2007 report, entitled “Defining and Detecting Predatory Lending.”

“In the end, the simple fact that payday lenders have triumphed over pawnshops suggests that payday lending raises household welfare by providing a preferable alternative,” it explained.

Further, The Heritage Foundation noted in February that laws and regulations such as this proposal are “at odds with the fundamental principles of a free enterprise system, replacing voluntary exchanges with those that regulators bless as acceptable.

“It substitutes a few (unelected) individuals’ preferences for everyone else’s preferences.”

Since her election to Congress last year, Ocasio-Cortez has become a champion of the hard-left, progressive wing of the Democratic Party.

Over 4 million people follow her on Twitter, and the establishment media gives broad coverage to virtually any issue she wants to promote, such as the Green New Deal.

As a result, liberal presidential candidates like Sanders can secure free coverage for their campaigns by teaming up with her on legislation such as this, even though it has a slim chance of being passed by the Senate — and an even slimmer chance of being signed into law by President Donald Trump.

Nonetheless, attacks on Christians from Ocasio-Cortez and others will likely continue as the 2020 presidential campaign heats up and Democratic candidates attempt to curry favor with the left wing of their base. 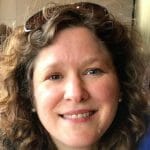