President Joe Biden is so out of touch with average Americans that he doesn’t seem to realize the irony of his two latest initiatives — or he just doesn’t care.

Just weeks after Democrats in the House passed what some are calling the “Death of Democracy Act” to mandate ID-less voting across the country, the Biden administration has announced plans to develop a federalized vaccine passport program to speed the “return to normalcy.”

In other words, President Biden wants Americans to show a vaccine ID to go to a movie or travel, but not to vote in an election.

Bureaucrats in the Department of Health and Human Services are working with private companies to develop a standardized system by which Americans can prove they have taken a COVID-19 vaccine, according to The Washington Post.

Rather than allow the states to develop their own vaccine passport systems, Biden wants one nationwide system that can be used to prohibit the non-vaccinated from work, sporting events, entertainment venues and international travel.

Administration officials insist that this system won’t be used to crack down on Americans who refuse to comply. White House press secretary Jen Psaki told reporters on Monday that there will be “no centralized, universal federal vaccinations database” and “no federal mandate requiring everyone to obtain a single vaccination credential.”

We’ve heard this song and dance before. The left also insists that they don’t want a nationwide gun registry, but they passed a universal background check mandate that will require a registry for enforcement. They claim they don’t want nationalized health care, but Biden’s “public option” would effectively destroy private insurance companies.

Clearly, the passport system is just the first step. The enforcement of the vaccine mandate will come later.

Does anyone think for a moment that Washington will exercise restraint when not enough Americans agree to take the vaccine?

As soon as it becomes clear that a large percentage of Americans don’t plan to get the shot, Biden and his cronies will weaponize their vaccine passport system to mandate compliance from coast to coast.

It’s also worth pointing out that a vaccine passport will likely hurt the very Americans about whom Democrats claim to care so much. The Electronic Frontier Foundation told Politico that using a smartphone-based passport system would create a “two-tiered system” with affluent smartphone owners on the inside and everyone else left out in the cold.

The COVID vaccines should be treated like any other medical treatment. The choice to be vaccinated is up to the individual, and the right to privacy protects them from having to declare their decision to the public.

Liberty-loving Americans can — and must — do three things to fight back.

First, they can make clear to Congress that they will hold their elected officials accountable.

Related:
Op-Ed: Will We See Justice for the COVID Vaccine Cover-Up?

If vaccines are mandated by the federal government, Democrats should expect total defeat in the midterm elections.

Americans can also contact their state officials to urge them to prohibit vaccine mandates within their borders, and that needs to happen sooner rather than later.

Constitutional scholar Daniel Horowitz has rightly pointed out that many legislatures are wrapping up their legislative session for 2021. If they do not plan ahead for the Biden administration’s proposed overreach, then many states could be in for a rude awakening in the upcoming months.

Pressure also needs to be applied to governors to take decisive action. Florida Gov. Ron DeSantis has vowed to ban “vaccine passports” in Florida, and other governors should follow his lead. Without state compliance, the feds will have a difficult time enforcing their draconian policies.

Lastly, We the People must come together to call the first-ever Article V convention of states.

While individual states can take action to thwart this latest overreach by the Biden administration and the federal bureaucracy, it does not address the larger problem.

Biden is only able to contemplate a vaccine mandate because the Supreme Court has misinterpreted the Constitution to give the federal government broad power over virtually every area of American life.

These activist decisions have opened the door for a federal expansion never intended by our Founding Fathers, and they’ll only be reversed with contrary Supreme Court decisions (which is highly unlikely) or constitutional amendments.

A convention of states has the power to propose those amendments. Called and controlled by the states, this convention can submit amendments for state approval that limit the power, scope and jurisdiction of the federal government to only those topics expressly mentioned in the Constitution.

Denying people the right to travel or engage in everyday public activities unless they meet the federal government’s criteria is not only unconstitutional but tyrannical.

We’ve been given the authority in the Constitution to use our state legislatures to rein in a federal government with a lust for total power. It is the only way to protect our country from devolving into an authoritarian regime. 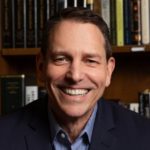 One 5-year-old child from Montgomery, Ohio, had a unique Halloween costume that caused him to get a special surprise.
By Amanda Thomason  December 6, 2022

Biden Admin Pats Itself on Back About Unemployment, Then Note from Musk's Twitter Appears

The Biden administration has been put on the receiving end of an embarrassing "fact check" style disclaimer on Twitter -- again.
By Richard Moorhead  December 6, 2022

We would never hear the end of this if a Republican president had done it, but Joe Biden is taking a little flak for this rotten holiday snub.
By Warner Todd Huston  December 6, 2022

One Democratic senator declined to travel with President Joe Biden on Air Force One to her own home state in an apparent snub.
By Richard Moorhead  December 6, 2022

Musk Was Right About Twitter's 'Election Interference' in 2020 - FBI Laid Goundwork, According to New Testimony

With Elon Musk now at the helm of Twitter, the company has sought to be more transparent with its political dealings and past censorship.
By John McCann  December 6, 2022

House Set to Repeal Military Vaccine Mandate, But There Is a Caveat That Will Make Your Blood Boil

The House is expected to put forth a bill that could repeal the COVID-19 vaccine requirement for active military members.
By Jared Miller  December 6, 2022

5 Years Ago, Trump Did What Clinton, Bush and Obama Couldn't

The five-year anniversary of this historic announcement reminds us just how strong Trump's foreign policy was.
By Peter Partoll  December 6, 2022

GOP gubernatorial candidate Kari Lake is expected to file a lawsuit by Friday challenging the outcome of her race with Democrat Katie Hobbs.
By Randy DeSoto  December 6, 2022
Next