There are few professions more noble or necessary than law enforcement. We rely on police to protect us, enforce our laws and come to our aid in emergencies. Officers receive little in the way of compensation for putting their lives on the line for us, yet a wave of politicians, activists and protesters have taken it upon themselves to denounce and vilify our law enforcement community.

The demonization of law enforcement, however, is far from a recent phenomenon.

Proponents of the bill claimed ICE, which is responsible for enforcing federal immigration law and combating transnational crime, has become synonymous with “abusive detention practices” and “noncompliance with the law.”

Although these members of Congress may disagree with ICE’s directive of arresting, detaining and deporting criminals who have crossed the U.S. border illegally, that does not give them the right to claim the agency engages in illegal or abusive practices.

In the wake of George Floyd’s death at the hands of a Minneapolis police officer, undeserved disdain for law enforcement has risen exponentially.

Rep. Bobby Rush of Illinois took it as far as to claim that the Chicago Fraternal Order of Police “stands shoulder to shoulder with the Ku Klux Klan.”

An Atlanta officer, Garrett Rolfe, is now facing murder charges and could face the death penalty after killing a suspect who had attacked him and stolen a taser. A second officer at the scene, Devin Brosnan, is facing three charges, including aggravated assault.

Rolfe shot and killed Rayshard Brooks, a black man, outside of a Wendy’s in Atlanta. After failing a sobriety test, Brooks was witnessed wrestling with the officers, leaving Brosnan with a concussion.

Brooks then stole one of the officer’s tasers and presumably attempted to flee the scene. Brooks eventually turned back towards the pursuing officers and extended the taser. At this point, fearing for his safety and the safety of those around him, officer Rolfe fired his service weapon at Brooks.

Rolfe and Brosnan rendered aid to, performed CPR on and called an ambulance for Brooks. However, Brooks ultimately died after receiving surgery at a nearby hospital. Despite the defensive nature of their actions, both Rolfe and Brosnan are now facing felony charges.

Protesters of Brooks’ death, similar to those of George Floyd’s, began to riot, setting multiple areas ablaze and subsequently burning down the Wendy’s where Brooks was shot. District Attorney Paul Howard Jr. was quick to vilify Rolfe and, in a media statement, proposed allowing prosecutors to indict officers without first going to a grand jury.

Many Atlanta officers have chosen to stand in solidarity with their colleagues and called out sick to protest the murder charges brought against Rolfe. In regards to those officers, interim Atlanta police chief Rodney Bryant said, “Some are angry. Some are fearful. Some are confused on what we do in this space. Some may feel abandoned.”

Minneapolis, the location of the fateful George Floyd shooting and the start of the subsequent riots, has announced plans to disband its police department.

Gwen Gunter, a retired lieutenant of the Minneapolis Police Department who is also a member of a black police officers’ association, said, “There’s a part of me that hopes they do succeed because I want to see how long it takes before they say, ‘Oh, no we do need a Police Department.'”

To many, it seems unfeasible to maintain order and safety without a dedicated, professional police force.

When discussing how the city of Minneapolis could operate without such a force, Steve Fletcher, a city council member for Ward 3 in Minneapolis, cited dispatching “county mental health professionals to mental health calls, and fire department EMTs to opioid overdose calls,” and using “unarmed, community-oriented street teams on weekend nights downtown to focus on de-escalation.”

Fletcher made no reference to how the city would handle violent offenders, serious threats to public safety and many of the other life-threatening situations police resolve daily.

Fletcher also claimed there are “systems of white supremacy in public safety” and that police are “murder[ing] black people.”

Individuals are understandably angry over the murder of George Floyd, but to disparage and vilify our entire law enforcement community over one or a handful of incidences is gratuitous. The fallacy that there is a systemic issue of white supremacy and racism within police departments is so incessantly cited that few now question its validity.

Initially, it may appear as though black Americans are being shot at a concerningly disproportionate rate by police. The Washington Post, for example, has reported that African-Americans “account for less than 13 percent of the U.S. population” but account for 24 percent of police killings.

However, FBI crime statistics may lend an alternative explanation for this disparity.

In 2018, African-Americans committed around 37 percent of violent crimes and 53 percent of murders, which accounts for the disproportionate number of black police shooting victims. While exploring the social and economic forces behind this phenomenon is worthwhile, it’s clear that racism within the law enforcement community is not the defining force.

As with any profession, there are likely individuals within law enforcement who are of an unsavory character, but to vilify and denigrate all police as racist or violent is not only impertinent but could also very well be considered dangerous to society.

We must rely on police to protect us, our property and our rights. To disparage and defame the highly essential profession and institution of law enforcement is surely not conducive to anyone’s well-being.

Our police forces, now more than ever, require our support and backing, not our baseless criticism and condemnation. 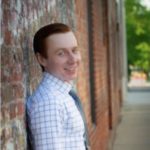 Kyle Reynolds
Kyle Reynolds studies public policy, economics and political science at Indiana University and is the author of "The Battle For Our America."
Op-Ed: If Biden's Policies Go Into Effect, We Need To Brace for Economic Disaster
Op-Ed: Anti-Law Enforcement Sentiment Growing in America
See more...
Advertisement

Chevy said it wanted to send a “holiday card to America" instead of merely flooding the airwaves with seasonal sales ads.
By Samantha Chang  December 1, 2022

A medicine many American parents need for their children is in short supply, and Republican lawmakers are blaming U.S. dependence on China.
By Jack Davis  December 1, 2022

At the age of 80, Biden is already the oldest man to ever serve in the White House. He would be 82 at the start of a second term.
By Richard Moorhead  December 1, 2022

Apple is bowing to Chinese censors and siding with the oppressive government, but this decision also affects American freedoms.
By Warner Todd Huston  November 30, 2022
Next