The march toward socialism by Joe Biden and the Democratic Party won’t bring justice or peace to our cities; it will only accelerate our country’s descent into anarchy and lawlessness.

Contrary to the claims of its supporters, the so-called “progressive” movement seeks to undermine the very fabric of our society.

The ongoing conversation about meaningful criminal justice reform, for instance, has been entirely hijacked by ideologues who are seeking to dismantle law enforcement in some of America’s most vulnerable communities.

While the calls to “defund the police” initially came mainly from anarchists who were rioting in our streets, it soon became a mainstream position on the left, making its way into the policy platforms of far-left politicians like Reps. Alexandria Ocasio-Cortez, Rashida Tlaib and Ilhan Omar.

But it didn’t stop there.

“Democrats believe we need to overhaul the criminal justice system from top to bottom,” the manifesto reads, laying out a plan to “reimagine policing” by weakening police departments across America.

Biden was even more explicit about his intentions in a recent interview, directly endorsing the notion of “redirecting” funds away from law enforcement, as “defund the police” activists have demanded.

Regrettably, our country has already seen what a world without police would look like. In Washington state, protesters formed a so-called “autonomous zone” in the middle of downtown Seattle, preventing law enforcement from entering the area in favor of their own brand of vigilante justice.

The radical social experiment, however, quickly descended into deadly lawlessness, claiming the life of 19-year-old Lorenzo Anderson, who could not be transported to a hospital in time to save his life because the “autonomous zone” was too dangerous for first responders to enter.

In New York City, the government’s decision to weaken the police force has already led to a massive spike in violent crime, including the heart-wrenching murder of a one-year-old in Brooklyn. Sadly, local authorities continue to defend their decision to dismiss some of the city’s most experienced and effective law enforcement professionals.

Moderate Democratic voters might think Joe Biden can rescue their party by offering a more nuanced vision for the future, but the former vice president is part of the problem.

The radical ideologues have groomed Biden to be their Trojan horse this November, pushing him to become the most extreme major-party presidential nominee in American history.

Former President Obama himself recently admitted that Biden “already has what is the most progressive platform of any major-party nominee in history,” adding that America “needed real structural change” even before the start of the coronavirus pandemic.

Even unapologetic Marxists have a high degree of confidence in Biden. Former Black Panther Angela Davis, for instance, crowed that Biden would be “a candidate who can be most effectively pressured” by the left.

Luckily, the American people have an alternative this November.

President Trump has shown himself to be an effective crusader against the creeping socialism pushed by progressive leaders, liberating the U.S. economy from the big-government shackles put in place by his predecessor and working diligently to maintain law and order in our communities.

“In recent weeks there has been a radical movement to defund, dismantle and dissolve our police department” that has resulted in “a shocking explosion of shootings, killings, murders and heinous crimes of violence,” Trump said at a White House briefing in July. “This bloodshed must end,” he said. “This bloodshed will end.”

The president is putting his own words into practice, demonstrating that it’s possible to reform the criminal justice system and achieve better policing outcomes without dismantling law enforcement.

His recent executive order, for instance, calls for increased transparency and accountability for both officers and departments while simultaneously investing in additional police training.

“Americans believe we must support the brave men and women in blue who police our streets and keep us safe,” he explained while signing the order.

“Americans also believe we must improve accountability, increase transparency, and invest more resources in police training, recruiting, and community engagement. Reducing crime and raising standards are not opposite goals, they are not mutually exclusive; they work together.”

America is on the verge of a national reckoning.

The forces arrayed behind Joe Biden desire a radical socialist revolution that would undermine the stability of our entire republic, and Donald Trump is our last, best chance to save our beloved country, its history and its values. 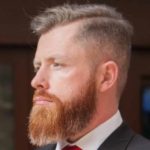 Op-Ed: Biden Is an Extreme Leftist Trojan Horse and Trump Is Our Last, Best Chance To Save America
See more...
Advertisement

While destructive policies take their toll on our nation, Southern Baptist elites are protecting the political party responsible.
By Mark DeVine  September 27, 2022
Next