President Trump is building the next generation of Republican leaders and he is turning to young people to do it.

Politicians who have short-term goals will pander to young voters just to win the most votes in an election cycle. However, true public servants and long-term visionaries, like Donald Trump, will focus on something much more significant and impactful: building, growing and expanding the Republican Party.

It is unprecedented for a sitting U.S. president to invest so much time, energy and political capital into groups that traditionally do not give his party a majority of their votes.

For example, look at the time and resources President Trump is contributing to the black community. His record of achievement is long and direct engagement is consistent. The president consistently holds support from a silent majority of voters who agree with him and his policies, and he wants to hear from them.

On Tuesday, the president is scheduled to address young Americans gathered for the official chapter-based pro-Trump student group on hundreds of college and high school campuses across the country at the Students for Trump Convention.

I know exactly how it feels to be a young person in high school and college, passionate about politics, and be inspired to get involved in Phoenix.

I first got involved in Republican politics as a student at Brophy College Preparatory. Being involved in leadership roles was nothing new to me, serving as student body president at Nevitt Elementary and Gilliland Middle School, then later at Brophy. As a commissioner on the City of Phoenix Youth and Education Commission, I was involved in nonpartisan action to help make my city better while getting more involved in local politics as the state chairman of the Arizona Republican chapter of Teen Age Republicans back in 2000.

President Trump listens to young people. When you are young, you want to know that you are valued, heard and have a voice, and President Trump does just that.

The president consistently sits down with young Americans to hear their thoughts and concerns. In 2019, he welcomed young people to the White House for the Young Black Leadership Summit. He has also spoken at CPAC, a conference that boasts thousands of young conservative attendees in Washington, D.C., every year.

President Trump understands the issues that matter to young people and their families. In his first term alone, the president has focused on school choice, signed legislation to simplify FAFSA and built a pro-small business economy with more opportunities for young Americans to get a job.

We saw record-low youth unemployment numbers during his first term, and those numbers will continue to set records as the president builds the Great American Comeback.

The Trump Administration has focused a great deal on student debt. In March, President Trump waived the interest on all federal student loans so borrowers can put their payments on pause with no penalty. The president and his daughter Ivanka Trump also backed the bipartisan provision in the CARES Act, which allows businesses to help their employees pay down their student loans tax-free.

Delanie is like so many young people who are motivated by the president because of his long-term vision for their lives and his impact on their families and friends. Most importantly, they see a leader who listens, understands and appreciates their voice.

This past weekend, at the president’s rally in Tulsa, Oklahoma, I met Andy Crouch, a 23-year-old black American, who said he was proudly supporting President Trump because he sees the impact his policies are having on his family and friends because they are now all employed.

While many young Americans feel forgotten by the Democratic Party’s radical agenda, President Trump sees them, and he listens to them.

There is a silent majority, a new wave of leadership, and they are engaged: knocking on doors, making phone calls from their smartphones and posting videos on social media in support of the president.

Just like Donald Trump in 2016, young conservatives are being underestimated in their ability to define the future of our country. Young conservatives reject the radical left and the socialist policies our parents and grandparents have fought to defeat. 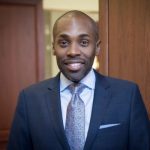 Singer Celine Dion announces she has a disease for which there is no cure and cancels her planned shows for 2023.
By Jack Davis  December 8, 2022

"Investigators believe the occupant(s) of this vehicle may have critical information to share regarding this case," the post said.
By Jack Davis  December 8, 2022

What Happens if Putin Loses War? Former Speechwriter Claims There's Plan in Place to Get Him to South American Country

A former Kremlin speechwriter is claiming that Vladimir Putin has an escape plan in the event his regime loses power.
By Richard Moorhead  December 8, 2022

The swap achieved a top goal for President Joe Biden, but left behind an American jailed for nearly four years in Russia.
By The Associated Press  December 8, 2022

The mother of a Marine killed in the Afghanistan evacuation operation saw herself silenced by social media giants.
By Richard Moorhead  December 8, 2022
Next