Is Biden About to Lose a Cabinet Member? Rumors of Infighting Could Mean Exit After Midterms: Report

DeSantis Silences Reporter Who Tries to Politicize Hurricane Ian: 'Woah, Woah, Woah, Give Me a Break'

Four years ago, on a visit to friends and relations, I made a 500-mile loop through the blue states of Virginia, West Virginia, Pennsylvania, Delaware and Maryland.

At the time, I wouldn’t have described myself as a Trump fan. But driving along the Pennsylvania Turnpike, it was impossible not to notice the enthusiasm for presidential candidate Donald J. Trump among pickup truck owners.

Prompted by this Trump phenomenon, I began to scan the horizon for any Hillary Clinton campaign bling. There was a surprising lack of Hillary signs. It wasn’t until I was heading south on 95 in Maryland that I finally spotted an “I’m Ready for Hillary” bumper sticker.

At the time, media outlets were reporting that Hillary had left Trump in the dust. According to America’s newsrooms, the Democratic candidate had a double-digit point lead in the polls.

I mulled this over for a few weeks. Finally, I decided to put my unsophisticated, seat-of-the-pants, polling data to a rigorous test. I set out on another 500-mile journey through the wilds of Virginia, Maryland and West Virginia. Once I got past the CIA stronghold of Northern Virginia, the results were the same.

Conservatives tend to be shy about sharing their political opinions. On this adventure, I counted just five Trump signs. Plus an energetic, young supporter at a street fair whipping up support for Trump’s campaign. But that was six more than Hillary. Advantage Trump.

I still couldn’t quite believe my findings. It didn’t seem possible that I had spotted a phenomenon undetected by well-funded, super-sophisticated brainiacs in New York and Washington, D.C.

I decided to head out on one more drive. This time closer to home. To an area that I knew better. An enclave where residents are not at all shy about sharing their political opinions with neighbors and strangers.

There were more “Hillary for Prison” yard signs than “Hillary for President” signs in this tiny but highly opinionated microcosm of America. There was tremendous — given the polls — support for Trump. Homeowners had multiple Trump lawn signs on their properties. There was no doubt about the political sentiments in this neck of the woods.

That fall, I timidly began to share my findings with politically savvy friends. “No, no,” I was told, “the Democrats are very well-funded and have a great ground game.” Maybe. Still, I knew what I had seen.

Fast forward to 2020. Thanks to our COVID 19-restricted times, I haven’t been on any long road trips recently. But with all the unrest, and the Nov. 3 election hurtling rapidly towards us, I decided, once again, to take the pulse of my opinionated pals not too far away.

What I found may surprise you. It certainly surprised me. In these highly partisan times, you might expect to see this mini-America on fire.

Some yards sprout super-sized Biden signs purchased, one might guess, by well-heeled donors and Democratic operatives. In 2020, there are more Biden signs than there were Hillary signs in 2016. But Trump fever still outweighs enthusiasm for the Democratic nominee. There are lots of home-made signs, banners, and flags blaring “TRUMP.” But that’s not what was interesting and revealing about 2020 America.

Today, televisions and computer screens scream anger, rage and obscenity-spewing hate. Hyperpartisanship is the new normal. But here, along this 30-mile stretch of road, love, peace and forbearance abound.

Instead of hostility and frustration, signs urge passers-by to keep in mind, “We’re all in this together.”

In front of one church, a sign reads, “Lord, let there be peace and justice.” Further along, another church sign reminds us, “I can do all things through Christ who strengthens me.” Philippians 4:13. A third says, “Be Strong and Courageous.” Deuteronomy 11. My favorite was “Times of trouble are times of trust.”

Loud voices on social media plead with America’s moms and pops to stop wearing masks. Revolt! Don’t be sheep! The thinking seems to be, with enough encouragement, the average American will rise, grab a weapon, and head to their state capitol to fight back against tyranny.

But patient Americans have steadfastly refused to throw fuel on the fire that is burning across our land. This seeming acquiescence to freedom-limiting regulations has emboldened elected officials to floor the accelerator and pile on new legislation.

Election Day will be here soon enough, and then we’ll find out just what America is thinking. I look forward to it. After all, “We’re all in this together.” 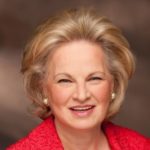 Margot Morrell
Margot Morrell is the author of the New York Times best-seller “Shackleton’s Way: Leadership Lessons from the Great Antarctic Explorer” and “Reagan’s Journey: Lessons from a Remarkable Career.”
Op-Ed: I Took a Road Trip Through Blue-State America; What I Found May Surprise You
See more...
Advertisement

Democratic politicians are willing to ignore one of the cornerstones of the American legal system as they target their opponents.
By Michael Letts  September 28, 2022

The venue is the Delaware Chancery Court. The judge is Kathaleen McCormick. The parties are Elon Musk and Twitter.
By Aron Solomon  September 28, 2022

Hallmark's 'Countdown to Christmas' Movie Lineup Is Finally Out, And Some People Aren't Happy About It

In a video announcement released back in July, Hallmark stated that this year's lineup is 'sweater than ever.'
By Amanda Thomason  September 28, 2022

Videos show the extent of the damage from Hurricane Ian as it slammed into Fort Myers Beach and other Florida communities.
By Jack Davis  September 28, 2022

'A Rollercoaster of a Day': Man Shocked to Find His Dog Had Given Birth to a Green Puppy

The French bulldog puppies turned out to be a very colorful bunch, but the most striking puppy of all was green.
By Amanda Thomason  September 28, 2022

Noem Announces Plan That Would Make State History: We Will 'Protect Our People from a Disastrous White House'

Republican Gov. Kristi Noem offered a proposal that could reduce the tax burden on South Dakota residents by $100 million.
By Jack Davis  September 28, 2022

Don Lemon was joined by the acting director of the National Hurricane Center on Tuesday to discuss the tracking and effects of Hurricane Ian.
By Matthew Holloway  September 28, 2022

Megabillionaire Elon Musk refused to rule out a partnership with a free speech social media platform in a tweet.
By Richard Moorhead  September 28, 2022

'Let today’s sentencing serve as a wakeup call to the drug traffickers pushing fentanyl in and around our communities.'
By Samantha Chang  September 28, 2022

President Joe Biden will attend a Democratic fundraiser as a powerful hurricane plows through the state of Florida.
By Jack Davis  September 28, 2022
Next