President Trump has always promised to take care of Americans with pre-existing conditions, and the new executive order he unveiled in Charlotte, North Carolina, provides a reassuring measure of certainty for millions of people.

The recent passing of Supreme Court Justice Ruth Bader Ginsburg — and the increasing likelihood that the Republican-controlled Senate will confirm the president’s nominee as her successor — may have heightened some people’s concern about the future of their health care coverage.

The court is scheduled to consider a major constitutional challenge to Obamacare shortly after Election Day.

Should the challenge succeed, Obamacare would be invalidated in its entirety.

Predictably, Democrats have callously stoked fears with a campaign of disinformation that people with pre-existing conditions would suddenly find themselves without access to affordable health insurance if the current law is overturned.

While relieving Americans of the burdens of Obamacare will allow all of us, whether or not we have pre-existing conditions, to have far better and genuinely more affordable health care and coverage, we need to know how President Trump will ensure that those crucial goals are met.

That’s why his announcement of the America First Health Care initiative is so important.

According to recent figures from the Kaiser Family Foundation, nearly 54 million Americans, or about 27 percent of non-elderly adults, have one or more pre-existing conditions that could affect their health care.

President Trump has pledged that he’ll protect Americans with pre-existing conditions — and his record of promises kept since taking office is second to none.

When it comes to his promise to reduce the burden of prescription drug costs, for example, the president has kept it via a series of actions, including the Food and Drug Administration’s approval of a record number of money-saving generic drugs; the 2018 law allowing pharmacists to save consumers money on their prescriptions; his plan to permit the importation of less expensive alternatives; and, most recently, his executive order that Medicare will receive “most favored nation” pricing on drugs and biologics.

The pharmaceutical industry hasn’t always been thrilled about these measures, but President Trump won’t be deterred.

In the same way, President Trump doesn’t fear standing up to other big interests in health care, including the insurance industry.

The new executive order he signed in Charlotte establishes clear rules that will prevent insurance companies from denying coverage or dramatically raising premiums for patients with pre-existing conditions, regardless of how the Supreme Court rules on Obamacare.

President Trump is also tackling the incredibly opaque, deceptive and costly pricing schemes that insurance companies have built for decades with doctors, hospitals and other health care providers — byzantine arrangements that have led to patients being surprised by absurd charges like $500 bandages.

The White House even successfully defended those actions when the health care industry challenged them in court.

President Trump’s record proves that we never need doubt that he will honor his commitment to protect all of us with pre-existing conditions — and to continue working tirelessly and fearlessly to make our health care better, more accessible and more affordable in every way. 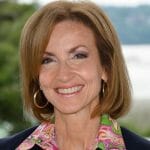