Biden must resign immediately, as must his entire cabinet and vice president.

The world is in shock. The United States has lost respect and credibility on the world stage as it has lost its ability to lead.

The colossal failure that was Afghanistan is reason enough to call for Biden’s immediate resignation.

However, there is much more.

His utter incompetence is demonstrated in the horrendous resurgence of a deadlier strain of COVID that has pushed our health care professionals to the brink of collapse and has strained our infrastructure beyond what it is able to withstand.

His incompetence is demonstrated in the explosion of inflationary pressures resulting in increases in prices of everything from gasoline to housing in seven months.

His incompetence is demonstrated in the uncontrolled rush of illegal, COVID-infected, crime-laden, sexually trafficked, gang-related, cartel-run migrants pouring across our southern border and being transported throughout the interior of our country courtesy of his administration.

His incompetence is demonstrated in the wrecking of our military through social experimentation as he focuses on transsexuality, gender reassignment, diversity, BLM and CRT instead of strategy and warfighting preparation.

His incompetence is demonstrated by his terminating our energy independence in exchange for reliance on foreign powers.

His incompetence is demonstrated by his lack of leadership with regard to ever-increasing violence in our streets as gangs run wild while police are punished and defunded.

His incompetence is demonstrated by trade imbalances that are resurging particularly with the Chinese axis.

There is so much more. Cancellations of Christians and conservatives. Limitations of free speech. Advocacy of Marxist ideologies. Abortion rights. Increases in taxation. Shredding of the Constitution.

And on and on.

But it’s not just him. It’s this entire administration.

Related:
Op-Ed: Merrick Garland Just Made the Lives of All Americans More Interesting

We’ve had enough. We can’t take anymore. We the people want you out.

We can’t afford another three and a half years. 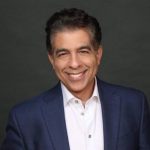 Hamada earned a bachelor of science in biology/chemistry from Union University, a master of business administration from Vanderbilt University and a doctorate of medicine from the University of Tennessee College of Medicine. After graduating medical school, Hamada completed residencies at the University of Tennessee in both family medicine and in obstetrics & gynecology. He was also granted a fellowship in sports medicine for his years served in the United States Army Special Forces as a flight surgeon and diving medical officer.

In 1992, Hamada was ordained as a minister and holds a master of theological studies from Columbia Biblical Seminary. Hamada is also a classically trained spinto tenor and plays classical and jazz trumpet.