An upcoming pro-transgender documentary entitled “Transhood” follows the story of four children in Kansas City and their journey as activists for the transgender community.

But at least one scene should give even the most radical activist a reason to reconsider.

Here’s how HBO describes the film, set for release Wednesday:

“Filmed over five years in Kansas City, ‘Transhood’ chronicles the lives of four young people (aged 4, 7, 12, and 15 at the start of filming) and their families as they navigate growing up transgender in America’s heartland. By sharing personal realities of how gender expression is reshaping their lives, the film explores how these families struggle and stumble through parenting, and how the kids are challenged and transformed as they experience the complexity of their identities.
​
“Directed by Sharon Liese, produced by Sasha Alpert (Autism: The Musical), and executive-produced by Kimberly Reed, ‘Transhood’ offers a long-range understanding of transgender youth through the nuanced and authentic stories of Jay, Avery, Leena, and Phoenix.

“While every journey is different, these families share their honest and varied experiences as the young people display incredible resilience, facing rejection from their peers and escalating political rhetoric that strives to invalidate LGBTQ+ lives. All the while, the older kids navigate the minefield of adolescence. Sharing their most vulnerable moments, the parents reveal their ambivalence, doubts, and missteps as they themselves transform over time.”

I find myself angered by the “trans” community’s continual push to normalize the sexualization of children. Children are not sexual objects, nor should they be treated as such. The children featured in this film are ages 4, 7, 12, and 15! Three of the children are far too young even to begin to think about sex or what gender they are. I am a libertarian, and with that being said, I believe that a consenting adult should be able to do whatever he or she chooses with their own body.

Children, on the other hand, do not have fully developed brains and are not capable of making such a life-altering decision. I do not understand how anyone on the political left could think that having children live as the opposite gender and brainwashing them to believe they are anything besides what they were born isn’t child abuse!

The human brain is not fully developed until around the age of 25, according to the University of Rochester Medical Center, so why would any reasonable human being think that is OK to have a child born male live as a female? How is this not considered brainwashing?

If a Christian couple had a son who came out as a homosexual and the parents’ response was to send him to a so-called “straight camp,” the establishment media and their progressive allies would have a field day plastering the couple’s faces nationwide, branding them as bigots and homophobes. Why is encouraging children to be transgender not held to the same standard?

What I have seen in the film leads me to believe that these kids are being exploited as political props for an agenda to normalize transgenderism as a whole.

In a film segment posted to Twitter by Matt Walsh of The Daily Wire, one of the kids featured in the film — a 12-year-old named Avery — expresses regret concerning the promotion of his book about his life at an LGBT youth event in the nation’s capital.

Scene from HBO’s pro-trans documentary. A young boy (“girl”) tells his mom that the LGBT activism she’s forcing him to do is “ruining his life.” She parades him around to show him off while he is visibly in despair. Here he tries to explain how he feels but she disregards it. pic.twitter.com/lMTJQy1Ycl

“I just don’t want to even have a book. I’ve done too much in this. It’s ruined my life, and now everyone in this world is going to know. If I sell my book, it’s going to be on the news along with me for like the 50th time at this point, and it’s just going to make my life worse,” Avery says.

Related:
Child Abuse: Trans Couple Involves Newborn Baby in Their Sick Delusions, Forces It to Do the Unthinkable with Biological Male 'Mom'

“A couple of years ago, you wanted people to know,” Avery’s mom says, completely dismissing his dissatisfaction with his circumstances. To which he responds, “Yeah, I did, but that was a really stupid silly mistake, and now I don’t.”

Of course, most parents of teenagers have heard the “you’ve ruined my life” line. Avery, though, likely likely has better cause than most, even if his parents have since allowed him to step out of the spotlight.

An interview that Popsugar conducted last month with Avery’s mom, Debi, revealed that “Avery became concerned with how open her family was at times.”

“She would hear me talking to my husband and ask, ‘Why are you having to go and tell so many people about trans kids, Mom?’ I responded, ‘Well, because I’m working with another school because that school isn’t supporting a student, and I want that kid to have a chance,'” the mother said. “I think a lot of that is what made her decide that she didn’t want to be so public at the time. She just wanted a chance to be a kid, so that was another part of the evolution that I appreciate.”

“Even now, I ask her, ‘Do you ever think you’ll be public again?’ and she said, ‘I don’t know, but if I do, I want [my advocacy work] to be on my terms, and I don’t necessarily want it to be about trans people. There are other people hurting. My friends who have a white mom and a black dad are being discriminated against. There are kids in cages at the border. Why aren’t we talking about that anymore? Why is that suddenly not on the news, Mom? I know it’s still happening,'” Debi said.

It’s a good thing that Avery has opted “to take a step back from the spotlight,”as Popsugar put it, though it’s still horribly sad that this confused young boy is still pretending to be a girl — with his parents’ approval and encouragement. In any case, this appears to be a horrible case of child exploitation in the name of a political agenda that should make anyone who cares about personal liberty sick.

“Transhood” is not about protecting or advancing the rights of the transgender community but is yet another push by people who lack any sort of moral values to make child exploitation acceptable as long as it’s veiled under social justice.

A second segment posted to Twitter by Walsh shines a light on just how far these so-called parents are willing to go to push a new sexual identity onto their children.

This is what trans indoctrination of children looks like, from HBO’s new documentary promoting and celebrating child abuse. The boy here is 4 years old. His parents decided that he is “gender expansive.” Later they decide he’s a girl. #BoycottHBO pic.twitter.com/TlyFkmqT6X

In this clip, you see a mother reading a transgender children’s book titled “Jacob’s New Dress” to her 4-year-old son, Phoenix. The book talks about a boy who made himself a dress and asserts the nonsensical notion that there are all sorts of ways to be a boy.

“You’re a rainbow,” she replies. The child also insists that he is wearing girl clothes only to be corrected by his mother that they are “your clothes, so they are boy clothes.”

This documentary glorifies child exploitation and indoctrination in the name of acceptance and tolerance.

It puts off a vibe strikingly similar to the case of James Younger, the 7-year-old old boy in Texas who was being forced to live like a girl by his mother against the wishes of his father, who maintains the boy is being used.

Child exploitation has nothing to do with LGBT rights. Anyone who would try to equate the two issues is either lying or delusional.

The United States was founded on the ideals that every individual deserves to be free —  and that includes children who are being abused and indoctrinated by their parents about sexual identity long before they should even be thinking of the words. 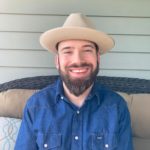 The Biden administration is getting so tied in knots dealing with COVID that even the liberal media is unable to hide it.
Mike Landry August 2, 2021

'They’re demonizing and vilifying you, and then they want to put you in a unit where you’re under an even bigger microscope.'
Cameron Arcand August 2, 2021

The United States, Britain and Israel say Iran will pay a price for lts latest act of terrorism on the high seas.
Jack Davis August 2, 2021

Dog Found After Suspects Force Way Into Hotel Room and Assault Owner Before Making Off with Pup: Police

Detective Ricky Amador arranged to meet the sellers of a dog that looked just like Prada under the guise of buying the pup.
Amanda Thomason August 2, 2021

California Voters Approved Animal Rights Law in 2018, Now Face a Bacon Apocalypse as Pork from Only 4% of US Farms Makes the Cut

In an upsetting turn of events, the greatest breakfast meat of all time now faces shortages in California due to the wrath of progressives.
Grant Atkinson August 2, 2021

An incident downriver from New Orleans is a perfect example of why the United States needs strong border protections.
C. Douglas Golden August 2, 2021

These books that were made available to children will no doubt make your stomach churn. This is what our kids are being taught?
Grant Atkinson August 2, 2021

Two Years After Going Missing, Dog Is Reunited with Family When Owner Sees Him Up for Adoption on TV

Melissa, Dwight's mother, went to the shelter to pick up Payday, and it was pretty clear he remembered who she was.
Amanda Thomason August 2, 2021

Forcing schoolchildren to wear masks all day isn't merely 'inconvenient,' as Biden claims, but it's also unsanitary and even dangerous.
Samantha Chang August 2, 2021

'America’s immigration system must be fair. There cannot be two parallel pathways - one legal and one illegal - to enter America.'
Tawsif Anam August 2, 2021