For two years in the late 1960s, San Francisco residents were gripped in fear. There was a killer on the loose who kept sending out coded letters intended to torment the police and the victim’s families and friends. He was called the Zodiac Killer.

Although law enforcement attributed five murders to him, he claimed to have killed as many as 37 people, according to CNN.

One of the Zodiac Killer’s cryptic messages — a complex combination of numbers, letters and images — has been a mystery for 51 years. No one could decipher it — that is, until now.

An international group of amateur sleuths announced this month that they have finally determined the serial killer’s message. The trio consisted of David Oranchak, a software developer in Virginia; Jarl Van Eycke, a computer programmer in Belgium; and Sam Blake, a mathematician in Australia.

Oranchak, who had been working on the puzzle for 14 years, posted a video about the discovery on Dec. 11.

It wasn’t easy to break the code, and that was by design.

Police believe the Zodiac Killer sent out four coded messages. One of them was deciphered by a Bay Area couple in 1969, according to the San Francisco Chronicle. Its message: “I like killing because it is so much fun.”

The three men who cracked the second message found things not nearly as easy.

The “340 cipher,” named for the message’s 340 characters, needed complicated encryption computer software — and a lot of patience — to decipher. 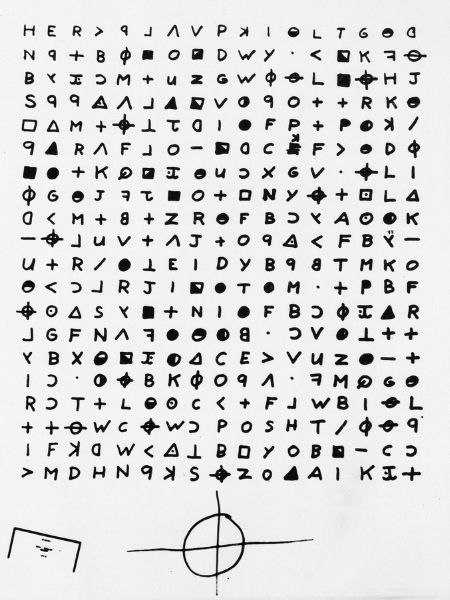 Over 650,000 variations of phrases and word combinations were tried before a few started to repeat, such as “gas chamber” and “trying to catch me,” the Chronicle reported.

Here’s the message, with no punctuation and with the word “paradise” misspelled:

“I HOPE YOU ARE HAVING LOTS OF FUN IN TRYING TO CATCH ME THAT WASNT ME ON THE TV SHOW WHICH BRINGS UP A POINT ABOUT ME I AM NOT AFRAID OF THE GAS CHAMBER BECAUSE IT WILL SEND ME TO PARADICE ALL THE SOONER BECAUSE I NOW HAVE ENOUGH SLAVES TO WORK FOR ME WHERE EVERYONE ELSE HAS NOTHING WHEN THEY REACH PARADICE SO THEY ARE AFRAID OF DEATH I AM NOT AFRAID BECAUSE I KNOW THAT MY NEW LIFE IS LIFE WILL BE AN EASY ONE IN PARADICE DEATH.”

According to the Chronicle, the TV show referenced apparently was Jim Dunbar’s “AM San Francisco” on KGO-TV, a popular Bay Area talk show that the killer was believed to have called into weeks before the letter was sent out.

RELATED: City Announces Plan to Pull $120 Million from Police Budget to Give to Black Communities

The FBI said in a statement Dec. 11 that it received the work product from the amateur sleuths and agreed with the outcome of their efforts.

The bureau’s San Francisco office said it would not comment further “out of respect for the victims and their families.”

“The Zodiac Killer case remains an ongoing investigation for the FBI San Francisco division and our local law enforcement partners,” it said.

“The Zodiac Killer terrorized multiple communities across Northern California and even though decades have gone by, we continue to seek justice for the victims of these brutal crimes.”

#Breaking – Our statement regarding the #Zodiac cipher: pic.twitter.com/cJCtlDEbMw

Two victims were able to escape, and they combined their efforts on a sketch of the killer. He is believed to be a white man who sought publicity for his crimes. 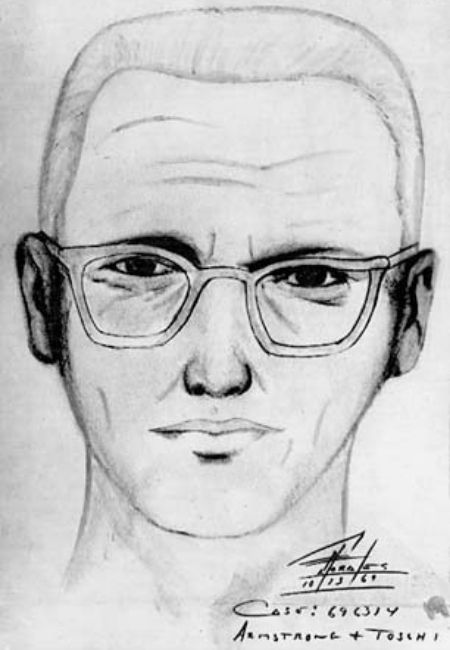 The Zodiac Killer is pictured in a police sketch from 1969. (Wikimedia Commons)

In a number of letters to area newspapers, he said he would kill more people if they didn’t print his coded messages.

The killer, who identified himself to the media as “Zodiac,” continued to send messages and taunts to the media and law enforcement for at least four more years. But all communications appeared to stop in 1974.

While Oranchak said on his YouTube channel that he was excited to have cracked the code, he didn’t think its message would be useful to law enforcement because it didn’t include any personal information.

“The message in that cipher — I don’t see it as being helpful to them,” he said. “It’s more of the same junk that the killer liked to write about. It’s just intended to hurt people and make them afraid.”

However, one of the other team members said the feat is still significant.

“It’s considered one of the holy grails of cryptography,” Blake told The New York Times. “At the time, the cipher had resisted attacks for 50 years, so any attempts to find a solution was truly a moonshot.”

The three-man team is not as hopeful that it will see a similar result with the final two cryptographs. Those messages don’t include as much information, and that makes it more difficult to find repeating phrases that might make it easier to solve.