An insider document from the nation’s highest law enforcement agency is reportedly warning of a secret code used by far-left activists. The mark, which could be overlooked for its simplicity, has already been found on at least one structure.

According to an FBI situation report obtained by the Daily Caller News Foundation, it’s believed that antifa activists are behind the graffiti-based code.

The mark was discovered on the federal courthouse in Richmond, Virginia, earlier this week. 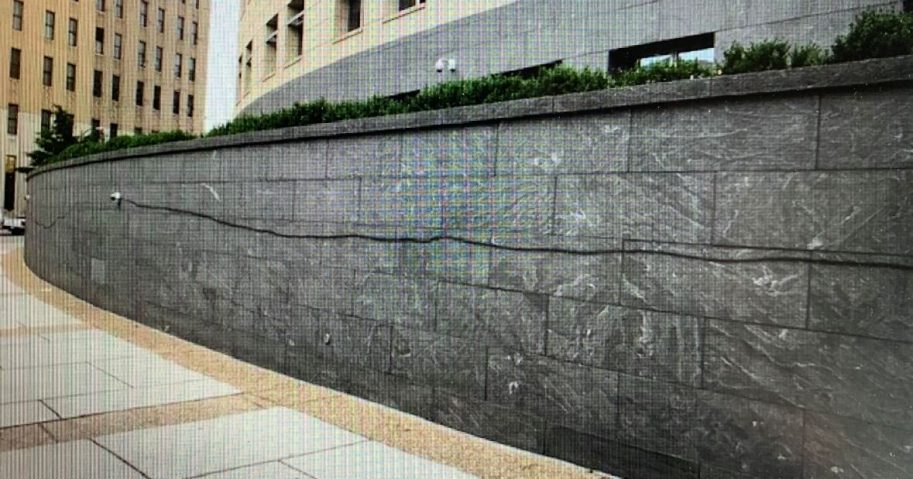 A black line of graffiti is seen on the outside of the federal courthouse in Richmond, Virginia, on Tuesday. (FBI via Daily Caller News Foundation) 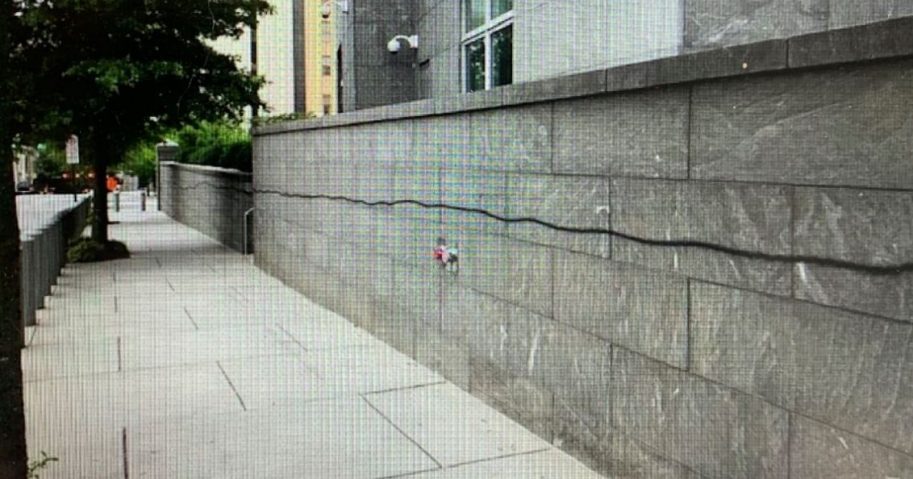 A black line of graffiti is seen on the outside of the federal courthouse in Richmond, Virginia, on Tuesday. (FBI via Daily Caller News Foundation)

The appearance of the mark in Richmond came shortly after the FBI was informed that antifa affiliates were overheard discussing an attack on the courthouse.

It’s not just ominous graffiti and dark conversations that have authorities on edge, either. In the midst of the past week’s chaos, the Richmond Police Department seized accelerants that may have been intended for use against a building.

“RPD officers are working tirelessly to ensure the City of Richmond is safe for its citizens,” the department wrote on Facebook. “Peaceful demonstrators continue to be infiltrated by those with destructive and/or potentially violent intent — many of whom are not from Richmond.”

It’s unclear how widespread this problem is or if any more structures are being targeted in the same manner.

When asked about the graffiti, the FBI acknowledged the existence of it but refused to release the details of an ongoing case.

“FBI Richmond has been aware of the vandalism and graffiti occurring in our territory lately, and continues to work with our law enforcement partners as appropriate,” FBI Richmond spokeswoman Dee Rybiski told the Daily Caller News Foundation.

While the scope of antifa’s destructive plans is still unknown, it’s virtually guaranteed that the radical group will continue to use widespread unrest in America to further its goals.

RELATED: If White Supremacists Are Everywhere, Why Did the 'White Lives Matter' Rally Flop?

The group’s apparent insurgency against the United States reportedly has been in planning for months.

The death of George Floyd in Minneapolis police custody, which sparked massive protests across the country, provided the perfect cover for the radical leftist group as several demonstrations turned chaotic.

With the protests looking unlikely to go away in the near future, there’s no telling how far antifa will now take its extremist activism.