If you can’t beat them, drink them.

In an effort to deal with invasive green crabs on the New England coast, Tamworth Distilling in New Hampshire has started using the crabs in a new whiskey.

The Crab Trapper is “made with a bourbon base steeped with a custom crab, corn and spice blend mixture,” according to the Tamworth website.

The result is a spirit with hints of maple, vanilla oak, clove, cinnamon and allspice.

Tamworth Distilling chose green crabs for its newest flavor because of the problems the crabs have caused for the area’s ecosystem, according to The Associated Press.

Coming from Europe in the 1800s, green crabs have impacted the native species’ food and shelter sources in the Cape Cod area.

The crabs are “so numerous that they have impacted shellfish habitats and fisheries because they are also voracious predators” said Gabriela Bradt, a fishery extension specialist.

Specialists at the University of New Hampshire have been working to address the impacted ecosystem for years. After hearing about the problems caused by the crabs, Tamworth Distilling got to work creating the Crab Trapper.

The crabs are boiled to create a “stout crab broth,” which is then fortified by alcohol and put through a distilling process that takes out the funky smells.

Once a nicer smell is achieved, the distillery adds the corn and spices to the crab broth.

About one pound of crabs is used for each bottle of the whiskey.

Steven Grasse and Tamworth Distilling are once again pushing boundaries. The secret ingredient in their newest innovation, Crab Trapper? The green crab, an invasive species that wreaks ecological and economic havoc along the New England coast 🦀 @FredMinnick @tamworthdistill pic.twitter.com/imnKbnNRC0

While Tamworth Distilling is helping with the invasive species, its efforts likely won’t make a dent in the green crab population unless production is ramped up.

The New Hampshire Green Crab Project has been working for six years to control the green crab population by using the crustaceans for bait, composting them and adding them to local menus.

Other places with the same problem have bounty programs that pay fishermen to remove the green crabs from estuaries. However, these efforts still have not had a large impact on the population.

So, while Tamworth Distilling is helping fight the invasive species, Crab Trapper is more of an awareness-raising novelty than a true solution to the problem.

In the distillery tasting room, customers are hesitant to sip the crab-flavored spirit but are intrigued by the flavors mixed into the whiskey.

Tamworth Distillery is better known for its strange flavors than its conservation efforts.

Along with Crab Trapper, the distillery has also used beaver’s castor sacs, durian fruit and turkey to flavor its spirits. 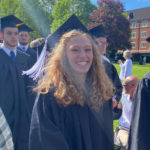 Kamryn Brunner
Editorial Intern
Kamryn Brunner is a Grove City College Graduate with a degree in economics. She has experience in state government and is an editorial intern at The Western Journal.
Bear Runs for the Hills After Trying to Take on 2 Pigs Having a Bad Day
Marjorie Taylor Greene's Reminder of 1950's Rent Prices Nukes Biden's Healthy Economy Claims
After Leftist Mob Cancels Christian Bakers, Christian 'Mob' Shows Up and Saves the Day
Invasive Species Decimates Ecosystem - Distillery Comes to the Rescue with 1 Tasty Solution
See more...
Advertisement