The ongoing humanitarian and security crisis at the U.S.-Mexico border is ravaging Arizona communities and threatening the stability of our civil society.

A record 2 million illegal immigrants were apprehended by Customs and Border Protection last year, with an estimated 400,000 individuals evading apprehension and disappearing into the interior of the U.S.

Nearly a quarter of those who evaded apprehension came through the Tucson sector. So far in the first two months of fiscal year 2022, apprehensions are up 2,400 percent in the Yuma sector alone.

Even when the Biden administration isn’t intentionally demonizing our brave Border Patrol agents trying to do an impossible job, agents remain overwhelmed by the crisis and demoralized by Washington’s disinterest and ineptitude.

Compounding this humanitarian disaster is the fact that over 11,000 pounds of the deadly synthetic opioid fentanyl were seized by Border Patrol agents in 2021, trafficked by murderous drug cartels who have operational control over large swaths of the border. The fentanyl seized last year alone is enough to potentially kill over 2.5 billion people — almost a third of the entire world population.

In Arizona 2,644 of our citizens died from drug overdoses and fentanyl poisonings in 2020 — a spike of 34 percent from the previous year. According to DEA data, cartels are responsible for the vast majority of fentanyl entering the U.S., which they lace into other narcotics or counterfeit medications and smuggle into our communities.

All of this chaos, death and violence stems from these violent narco-terrorists operating freely at the U.S.-Mexico border. Responsibility for failing to solve the problem, however, falls squarely at the feet of the Biden administration and Washington Democrats.

President Joe Biden’s willful refusal to pursue and enact the federal policies necessary to secure the southern border has made it clear that states must boldly step into the breach and do what Washington, D.C., simply will not: protect the citizens of Arizona and finally put an end to the chaos and human misery caused by our unsecured border with Mexico.

As governor, I intend to do precisely that starting on Day 1.

Under my “Defend Arizona” plan, Arizona will invoke its inherent authority under Article I of the U.S. Constitution to repel the invasion occurring on our border. The federal government has an obligation under Article IV, Section 4 of the Constitution to guarantee protection to the states. However, if Washington refuses to live up to its obligations, Arizona is not bound to simply take the abuse.

As governor, I will call for the creation of a compact of like-minded states to secure the border. This compact will establish an interstate commission overseeing joint border security operations comprised of law enforcement resources from member states.

The compact will provide for states to not only arrest illegal immigrants crossing into Arizona, but also to return them back across the border. We will keep Washington informed of our efforts, but Arizona will not seek permission to defend ourselves. In our federalist system, states are sovereign and we will exercise our inherent powers to resolve this crisis.

Simultaneously, we will deter lawlessness by finishing the uncompleted portions of former President Trump’s border wall. I will expand the Arizona Rangers and refocus them as a special state-funded force tasked with cracking down on cartel thugs and criminal activity along our border with Mexico.

Additionally, I will expand the Arizona National Guard’s mission on the border and task them with destroying human trafficking and drug smuggling tunnels. And I will provide for the deputizing of retired law enforcement and military veterans to join in our efforts to put an end to the madness.

We will establish a process to deport criminals back across the border into Mexico. This begins with empowering law enforcement to make trespassing arrests under state law. As part of expanding this capacity, I will work with the Legislature to create a special border court within our Superior Court system to process illegal immigrants arrested under our trespassing laws.

And just as our friends in Texas have done, I will authorize the Arizona National Guard to arrest illegal immigrants who trespass. However, I will go further and task the Guard with actively returning illegal immigrants back across the border.

Lastly, we will defend our great state by expanding and redeploying elite law enforcement units, such as the Border Strike Force Bureau, to the southern border.

I will work with the Legislature to create a publicly accessible database to keep track of crimes committed by illegal immigrants. And I will establish a new task force run out of the governor’s office to work closely with the Cocopah Tribe and Tohono O’odham to find effective and mutually respectful ways to secure the border that runs through tribal territory.

We will ensure the safety of all those who call Arizona home.

Our Defend Arizona policy has been endorsed by Brandon Judd, president of the National Border Patrol Council. I am honored to have his endorsement as I seek the support of my fellow Arizonans to defend our great state.

As governor, I will not hesitate to do what needs to be done to restore security and sanity to our border, nor I will not wait for Washington’s approval or rely on the empty promises of faraway politicians to do what’s best for Arizonans.

The time is now. Together, we will secure our state, safeguard our communities, and pave a brighter and more secure future for Arizona. 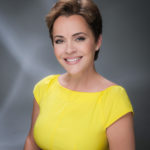 Kari Lake
Kari Lake is the Trump-endorsed candidate for governor of Arizona. She walked away from her career as the most highly respected and most-watched news anchor in Arizona to protest the fake corporate media. Now, she is leading in polls and is poised to become the most conservative governor Arizona has ever seen. Her platform of common-sense conservatism resonates with the people of Arizona, along with her dedication to individual liberties, low taxes, limited regulation and protecting Arizona's great Western heritage.
Kari Lake Exclusive: The Future of Arizona Is on the Ballot, Here's My Plan to Save the State
Kari Lake: Arizona Will Do What Washington Won't - Finish the Wall and Defend Our State
See more...
Advertisement

The Grammys outraged viewers Sunday night with what one called "a tribute to Satan" as part of the music awards show.
By Jack Davis  February 6, 2023
Next