From now until the first Tuesday of November, the nation will hear from both political parties and candidates across the spectrum that this election is “the most important election in our nation’s history.”

Every election is the most important because it is all we have. Nothing is more important than exercising the right to make your voice heard and have your vote counted.

A more misleading phrase is the ever-popular, “This election is a battle for the heart and soul of America.” Wrong phrase, wrong battle and wrong war.

Nothing, and I mean nothing, could be further from the truth.

Adlai Stevenson, a U.S. politician and diplomat who ran for president in 1952 and 1956, eloquently wrote, “When an American says that he loves his country, he means not only that he loves the New England hills, the prairies glistening in the sun, the wide and rising plains, the great mountains, and the sea. He means that he loves an inner air, an inner light in which freedom lives and in which a man can draw the breath of self-respect.”

The soul of the nation is found in that inner self-respect, self-determination and selfless commitment to community and country. It is also grounded in respect for the dignity of others and tolerance, valuing the unique value in every life, at every stage and in every station.

Former Secretary of State Condoleezza Rice said, “The essence of America — that which really unites us — is not ethnicity, or nationality or religion — it is an idea.”

America has been described as a mirror. The great American mirror is what allows individuals and communities to look upon themselves and measure what matters most, reflect upon principles and values and assess to what degree they can see themselves living up to what they profess to believe.

Ultimately, citizens can gaze with hope to see the distant reflection of their own vision of the future.

The mirror of America is what reflects the heart and soul of the nation. The soul of America cannot be observed merely in its natural resources, natural beauty, teeming cities or even in the greatness of the republic’s inspired form of government and the freedoms and liberties it fosters and preserves.

Recently, I saw the heart and soul of the nation in a scene I didn’t see.

It was a moment that manifested what politicians and governments can neither conceive nor create. The reflection was contained in an experience shared by a friend I admire, whose patriotism runs deep, and whose understanding of the American experience has been nurtured in the heart of America’s heartland.

My friend had gone home to the Midwest after her mother had passed away. Small town. Big dreams. Fields. Farmland. Open space. Open hearts. People who epitomize the soul of America.

Following a small memorial gathering at the local church, due to the coronavirus pandemic, the family emerged from the church prepared for the drive to the cemetery on the outskirts of town.

My friend was surprised to see the local, small-town law enforcement waiting to provide them a proper path to the cemetery. In that community, the last thing anyone would need for a drive out to the cemetery was a police escort. More fields than road, more corn than cars.

As the cortège began the journey, my friend described the magical moment that mirrored and reflected the soul of the nation.

She said that trucks and farm equipment pulled over to the side of the road in respect. At the stoplight and cross streets, the people of the town got out of their cars to stand in honor of my friend’s mother. One woman, who did not know my friend or her family, stood by the street with her head bowed in prayer.

Jacob Needleman, in his book “The American Soul,” described the soul of the country this way: “The deeper hope of America is its vision of what humanity is and can become.”

It is the recognition and respect of our fellow human beings, and their humanity and dignity, that helps us transcend “us” and “them” tribalism and form the foundation for a more perfect union.

Recognizing our own potential and the inherent goodness and possibilities in others is the path to the soul of the nation.

Ernest Renan, a 19th-century French philosopher, wrote, “A nation has a soul, a spiritual principle. One is in the past, the other in the present. One is the possession of a rich legacy of memories; the other is the desire to live together and to value the common heritage.”

America does have a soul and spiritual principle. Remembering that such things belong to “we the people” is paramount. Each of us living up to the better angels of our nature is the real test for the soul of America.

Politicians and political parties will continue to lay claim to the heart and soul of the nation.

Some will still try to convince us that America’s soul is something to be fought over, won and controlled by factions dueling for power.

In doing so, such so-called leaders will reveal in the reflection of their personal mirror and motivations that they do not understand the real notion of this nation or the people who make it extraordinary. 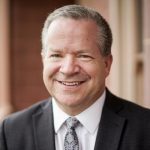 Boyd Matheson
Boyd Matheson is the opinion editor at Deseret News and a former chief of staff for Sen. Mike Lee of Utah.
Op-Ed: We Are America's Heart & Soul and No Political Battle Can Take That from Us
Op-Ed: We Must Never Again Let Our Freedoms Become 'Nonessential'
See more...
Advertisement