As a young child in Yugoslavia, I was forced to hide the fact that I went to church. It was frowned upon and it could cost my father his job. The church taught me to be proud of my Christianity and proclaim it; instead, I learned to publicly deny it.

Now I find myself 47 years old, two weeks away from the biggest election of my lifetime, witnessing censorship.

Rather than curbing religious expression, however, speech that doesn’t fit the narrative deemed appropriate by Big Tech and the mainstream media is throttled. For example, I recently tried to tweet about an Op-Ed I published a few weeks ago regarding the riots and civil unrest, but I was blocked from being able to post it.

It’s déjà vu. What is happening to our country?

For an immigrant like me, the U.S. has always been a beacon of hope.

America is not simply a nation, but an idea. The idea that everyone is created equal and has certain fundamental rights — including life, liberty and the pursuit of happiness. I always tell my children they can be anything they want to be if they work hard for it.

That may sound trivial to some, but to most immigrants like myself who have escaped the thumb of big government in Cuba, Venezuela, Russia or China, it means everything.

These systems of government in these countries were and are based on an ideology with the ultimate goal of eliminating private property and redistributing wealth. Powerful central banking systems, government-controlled education, healthcare and labor, as well as the government ownership of transportation and agriculture characterize these societies.

Do these elements remind you of anything?

Maybe it reminds you of Biden’s health care reform plan — which intends to inject more government into the patient-doctor relationship.

Call it what you want — the public option or an expanded Affordable Care Act — but it’s just another step toward a single payer, government-controlled health care system.

The Green New Deal, or alternative power grabs in the name of the environment, is another example. If adopted, the government will hold the reigns of energy production and, in turn, the power that allows us to light and heat our homes.

These policies are simply a Trojan horse for more government control.

Government control and socialism deplete the incentive structure that spurs innovation and progress. The result will be anemic economic growth, fewer new gizmos and gadgets to increase the standard of living and a lack of motivation.

RELATED: Itxu Díaz: The Messianic Biden and the Psalmist’s Promise

Without the free market, everything from the mass-produced automobile to the iPhone in your pocket would be nonexistent. In short, socialism takes, and capitalism creates.

In just a few days, American voters will face a choice between extending the great American experiment for future generations or extinguishing it.

I hope they make the right decision. I know I will. 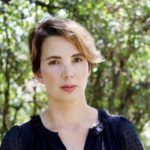 Katarina Lindley
Dr. Katarina Lindley is a practicing physician in Texas, a Yugoslavian immigrant and a member of the Job Creators Network.
Op-Ed: I Grew Up in Communist Yugoslavia, Now Living in America I Have Déjà Vu
See more...