It’s a bedrock principle of our constitutional democracy that the government may not compel citizens to speak messages that violate their convictions.

This principle applies with full force in our public schools, colleges and universities. As the Supreme Court famously put it 79 years ago when rejecting the compulsory Pledge of Allegiance, public institutions may not “prescribe what shall be orthodox in politics, nationalism, religion, or other matters of opinion or force citizens to confess by word or act their faith therein.”

Some public colleges and universities have forgotten this truth as they begin to require their professors to pledge allegiance to a new orthodoxy: gender identity theory. But fortunately, the courts stand ready to remind them of their obligation to comply with the Constitution.

Just this month, after losing a federal appeal, Shawnee State University in Ohio agreed to pay a $400,000 settlement to a philosophy professor it punished for declining to use gender identity-based pronouns. Due to his religious and philosophical convictions, the professor could not refer to a male student with female titles and pronouns, but he offered a compromise: He could refer to the student by the student’s preferred name instead. In effect, the professor sought to exercise a right to remain silent on the gender identity issue.

That solution wasn’t good enough for Shawnee State. The school wanted the professor to speak against his conscience and his convictions and to proclaim its orthodoxy on gender issues. It warned him that standing on his convictions would incur escalating discipline. The university relented only after a federal appellate court ruled that this government-compelled speech violated the First Amendment.

Shawnee State’s intolerance of diverse perspectives and religious faith doesn’t just strike at the heart of the First Amendment. It broadly conflicts with the purpose of higher education.

American society used to agree on the purpose of colleges and universities: preparing students for work and citizenry in a diverse world. To that end, they would challenge students to engage with new ideas and would teach them to think critically, helping them break free from any cocoons of comfort and grapple with the complexities of life in modern society.

How can we expect our institutions of higher learning to answer this high calling when they force their own professors to — as the Supreme Court put it — “confess by word” a government-mandated orthodoxy? And how can we expect them to model intellectual freedom, critical thinking, good citizenry and toleration of diverse perspectives when they trample their professors’ basic constitutional freedoms, all for the sake of insulating students from dissenting ideas?

Thankfully, not all public colleges have lost their way.

My non-profit religious liberty law firm, First Liberty Institute, represents a tenured professor at Palo Alto College in Texas who was told — through HR training and email correspondence with an HR official — that he must use gender identity-based pronouns that conflict with his religious convictions about sex and gender. The HR official confirmed that the professor could face discipline, and even termination, for failing to conform.

But after we sent a letter reminding the college of its obligation to comply with the First Amendment and state and federal laws protecting religious freedom, the college’s governing body — the Alamo Community College District — countermanded its HR official’s statements and confirmed that it has no policy compelling its professors to use gender identity-based pronouns.

Palo Alto College models the right way to handle the emerging and divisive issue of gender identity: Offer advice, but don’t compel professors to speak against their deeply held convictions.

Of course, nothing prohibits a public college from speaking its own message, or even taking sides in a debate. But government schools cross the constitutional line (and undercut their academic mission) when they force citizens to speak according to a government-imposed orthodoxy.

Let us hope that, in navigating gender identity and other divisive issues, our nation’s public institutions start acting more like Palo Alto and less like Shawnee State. 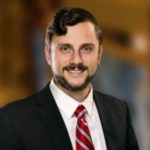 Yellowstone National Park officials say foot could be linked to a July death. They have not released details but do not suspect foul play.
By The Associated Press  August 19, 2022

The reality is that Liz Cheney is a bitter woman whose obsessive hatred for former President Donald Trump has blinded her.
By Elizabeth Stauffer  August 19, 2022

GOP Rep. Marjorie Taylor-Greene is introducing a new bill to protect children from 'gender-affirming care' and make such practices a felony.
By Abby Liebing  August 19, 2022

Three arrests were made after multiple gunshots were fired at the National Mall near the White House.
By Richard Moorhead  August 19, 2022
Next