America is not destined to exist forever.

Our moment in history is inspiring but fragile. Our liberty is dazzling but delicate. Our republic is vast but vulnerable.

One of the things an intelligence officer quickly learns is just how easy it is to destabilize a nation by exploiting tribalism. Division among different groups of citizens fractures communities, creating rigid fault lines that can undermine the structural integrity of any state.

The biggest problem that I have with the modern Democratic Party is that it doesn’t seem to recognize the long-term consequences of stoking racial tensions and embracing identity politics.

It’s a page from the Marxist playbook for gaining control of a political system — control that ultimately results in societal failure.

Today, liberal lawmakers throughout the country are willingly surrendering to the demands of the braying mob, helping vandals destroy historical relics and monuments in a craven act of appeasement.

What they don’t realize, however, is that no amount of capitulation will ever satisfy the destructive appetites of those who want to topple not just statues, but all of American society.

Despite recently removing its own statue of Christopher Columbus, the Ohio state capital is now under pressure to change its very name.

The Washington Post recently ran an article titled “Columbus statues are falling across the country. Will ‘Columbus,’ Ohio, fall, too?” In all honesty, it might.

In some parts of the country, violent protesters have formed so-called “autonomous zones,” warning local law enforcement not to enter the area.

Democratic city and state officials have raised little to no objection to this form of civil unrest, with some even arguing that protesters have a right to voice their grievances by occupying entire neighborhoods by force.

Make no mistake, declaring an “autonomous zone” in the middle of an American city is not a form of peaceful protest — it’s an act of separatist insurrection, and it cannot be taken lightly.

It damages the rights of the majority of residents and business owners based on the appeasement of a dangerous minority of vandals and rioters.

Regrettably, this brand of radicalism is not just supported by far-left “progressive” lawmakers — even many so-called “moderate” Democrats have been shockingly willing to condone and excuse the rioting and looting in our streets and the ongoing campaign to erase our country’s history.

Presumptive Democratic presidential nominee Joe Biden, for instance, has refused to condemn the violent movement that is vandalizing some of our country’s most famous monuments and historical sites.

Instead of delivering a message of unity that America desperately needs to stay united like the one President Trump delivered from the base of Mount Rushmore, Biden issued an Independence Day statement justifying the ideological assault on our country’s founding.

To make matters worse, one of his potential running mates — Sen. Tammy Duckworth of Illinois — recently suggested that “we should listen to the argument” for removing the statues of our great first president, George Washington.

Duckworth, a former member of the Army, dishonored the branch with her comments on the U.S. Army’s first commander.

Luckily, our Union still has a leader who recognizes the importance of national unity.

In contrast to Biden, Donald J. Trump delivered the sort of passionate, patriotic address defending our country’s history, heritage and culture that all of us needed to hear.

“This left-wing cultural revolution is designed to overthrow the American Revolution,” he said in front of the visages of four of America’s greatest presidents.

“In so doing, they would destroy the very civilization that rescued billions from poverty, disease, violence and hunger and that lifted humanity to new heights of achievement, discovery and progress.”

I realize that liberal politicians are often tempted to take advantage of civil unrest to propel their own campaigns, but tensions in America have now reached a boiling point.

Our country can’t afford to elect a Democrat who is unable or unwilling to defend its history and values.

America is a mortal nation — and a Joe Biden presidency would ensure its tragic demise. 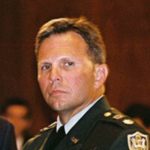 In recent weeks, The New York Times has heaped praise on 'The Woman King' for its black female protagonists.
By Michael Austin  September 27, 2022

Gutfeld Thinks He Has His Finger on Why His Show Is Successful, Offers Advice to 'The View's' Sunny Hostin

When a show like Gutfeld dominates in the ratings, everyone wants to know how the secret sauce of its success can be recreated.
By Elizabeth Delaney  September 27, 2022

NASA successfully crashed a spacecraft into an asteroid as a test to build a defense for Earth against dangerous asteroids.
By Abby Liebing  September 27, 2022

CNN producers must have forgotten to prep one of the most prominent voices in Italian politics before he was brought on the air Monday.
By Matthew Holloway  September 27, 2022
Next