The United States announced Wednesday it will withdraw from a bilateral treaty with Iran 63 years following its execution. The Treaty of Amity was executed in 1955 between the two nations when times were different and the nations were allies.

Secretary of State Mike Pompeo announced Wednesday that the U.S. would withdraw from the treaty, Fox News reported. He called the action “39 years overdue,” referring to the 1979 revolution in Iran.

Iran sought relief from current sanctions in the United Nations’ International Court of Justice, claiming the U.S. was prohibited under the treaty from imposing sanctions related to certain humanitarian provisions and safety equipment.

In essence, Iran has attempted to thwart U.S. sanctions by means of an international court, rather than by fully complying with international requirements related to its development of nuclear capabilities.

Earlier Wednesday, the ICJ had issued a preliminary decision that the U.S. must “remove, by means of its choosing, any impediments arising from” sanctions that affect exports to Iran of medicine, medical devices, food, agricultural commodities and equipment necessary to ensure the safety of civil aviation, Fox reported.

Calling the ICJ decision a victory, Iranian Foreign Minister Javad Zarif referred to the Trump administration as an “outlaw regime.”

US abrogated JCPOA -a multilateral accord enshrined in UNSC Resolution 2231- arguing that it seeks a bilateral treaty with #Iran. Today US withdrew from an actual US-Iran treaty after the ICJ ordered it to stop violating that treaty in sanctioning Iranian people. Outlaw regime. https://t.co/soi0CGOhO0

The United States, however, had never recognized the jurisdiction of the ICJ over the sanctions, arguing that they had been imposed as a matter of national security.

In response to the ICJ decision, Pompeo said in a news conference that Iran’s case was “meritless” and argued that Iran was “attempting to interfere with the sovereign rights of the United States to take lawful actions necessary to protect our national security and abusing the ICJ for political and propaganda purposes.”

Pompeo then announced the U.S. would withdraw from the treaty rather than pursue the case further or formally oppose the court’s jurisdiction.

He further interpreted the ICJ’s decision as a “defeat for Iran,” saying that the U.N. court had “denied Iran’s attempt to secure broad measures to interfere with US sanctions and rightly noted Iran’s history of non-compliance with its international obligations under the treaty of non-proliferation of nuclear weapons.”

The treaty had been executed between the two nations with the stated purpose of “emphasizing the friendly relations which have long prevailed between their peoples, of reaffirming the high principles in the regulation of human affairs to which they are committed, of encouraging mutually beneficial trade and investments and closer economic intercourse generally between their peoples, and of regulating consular relations.”

Because the initial 10-year period passed in 1965, the U.S. has since been free to withdraw at any time.

Related:
Official Backtracks on Spy Balloons Under Trump Narrative, And It Makes It So Much Worse for Biden

According to Pompeo, now is the time.

Last May, President Donald Trump pulled out of the Obama-era nuclear agreement with Iran and reimposed numerous sanctions that had been lifted by Obama. Termination of the treaty precedes Trump’s stated intent to reimpose additional sanctions against Iran’s crude oil exports, expected in November. 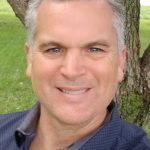