Years after Common Core made its debut in many state education systems, the disastrous long-term results of the program are finally being seen.

“Every American family needs to open The Nation’s Report Card this year and think about what it means for their child and for our country’s future,” Education Secretary Betsy DeVos said in a media release. “The results are, frankly, devastating.”

“This country is in a student achievement crisis, and over the past decade it has continued to worsen, especially for our most vulnerable students,” she added.

The NAEP is a test administered in alternating years to students in the fourth and eighth grades. The government-mandated assessment covers both math and reading proficiency.

This year’s results were only marginally better than those from 1992.

The mathematics scores show the most damning results — an upward trend until the year 2015, when the momentum seemed to grind to a halt. Although there were double-digit gains since the ’90s, fourth graders only managed to score a single point above their previous tests.

Eighth graders failed to meet that low standard, sinking below their predecessors from two years before.

“This must be America’s wake-up call,” DeVos said. “We cannot abide these poor results any longer. We can neither excuse them away nor simply throw more money at the problem.”

The dip doesn’t seem to be without cause, either. By 2015, most states had implemented some form of Common Core standards, according to the Association for Supervision and Curriculum Development.

This failure in U.S. schools comes at a time when Chinese students appear to be blowing American children out of the water.

Results from the Program for International Student Assessment, which tests students internationally on their proficiency in math, science and reading, show that China ranks a full 21 spots ahead of the United States.

RELATED: Leftists Removing Sen. Feinstein's Name from School for What She Did with Confederate Flag in 1984

The 21st century needs to remain an American century. Letting the Chinese take the global lead would have disastrous results across the world.

If we expect our future engineers, scientists, and mathematicians to compete in an increasingly globalized world, it’s clear that Common Core needs to be abandoned. 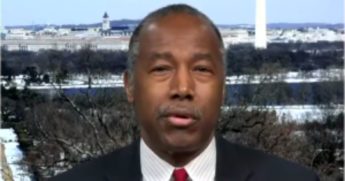