Sen. Elizabeth Warren of Massachusetts released the details of her Medicare for All plan on Friday morning, and the price tag is a costly $52 trillion over the next 10 years.

“Health care is a human right, and we need a system that reflects our values,” Warren’s detailed plan read. “That system is Medicare for All.”

On top of the hefty price tag, the 2020 Democratic presidential candidate also promised to return $11 trillion to American families without increasing taxes on the middle class.

Today, I’m releasing my plan to pay for #MedicareForAll. Here’s the headline: My plan won’t raise taxes one penny on middle-class families. In fact, we’ll return about $11 TRILLION to the American people. That’s bigger than the biggest tax cut in our history. Here’s how:

According to Warren’s plan, this will be accomplished with new taxes for financial firms, giant corporations and the top 1 percent.

The economists estimated in their letter outlining their findings that the plan will require $20.5 trillion in new federal spending over the next 10 years.

According to Warren, the money for Medicare for All will come from the same places that health care funding comes from today: the federal government, state governments, employers and individuals.

One of Warren’s proposals would be to have employers pay the nearly $9 trillion they would normally contribute for employee health care over the next 10 years to the federal government as an Employer Medicare Contribution.

Fox News reported some of these costs could fall back on middle-class employees, quoting Joe Biden’s deputy campaign manager, Kate Bedingfield, alleging that this plan “would place a new tax of nearly $9 trillion that will fall on American workers.”

Warren’s plan would also get funding from her signature “wealth tax” that has been a part of her campaign.

“We can generate a whole lot of the remaining revenue we need for Medicare for All just by eliminating bad incentives in our current tax system and asking those who have done really well in the last few decades to pay their fair share,” her plan reads.

Her “Ultra-Millionaire Tax” would increase the tax burden on the top 0.1 percent of households so they would “pitch in six cents on each dollar of net worth above $1 billion.”

RELATED: Hundreds of Publisher Employees Working to Block Trump from Yet Another Platform

“There are 52 trillion reasons why this plan is a total disaster,” he told Fox News. “Best of luck to the fact checkers who now have to clean up this mess.” 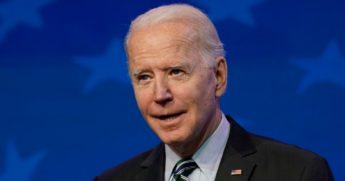