Joe Biden has published his Biden health care plan. Presumptive vice president-elect Kamala Harris strongly supports Bernie Sanders’ single-payer Medicare for All (H.R. 1384). It is likely the system they seek to implement will have elements common to both plans.

Whatever the name of their preferred system — socialized medicine, single-payer, universal health care or Medicare for All — the most accurate descriptor will be nationalization: transfer of a major branch of industry or commerce from private ownership to federal control.

Nationalization takes away the right to choose from the individual and puts it in government hands. Washington will choose your doctor, dictate your care and spend your money. (Washington has no money of its own except that which taxpayers give it.)

Private health insurance policies will cease to exist. Section 202 of the Medicare for All bill prohibits private insurance by law.

Section 614(b) of the Medicare for All bill decries capitalism and the profit motive as the reasons for the failure of the U.S. health care system. Capitalism was the key success factor that propelled 13 small colonies to become the world’s superpower. Profit motive is the driving force for American innovation.

Without it, the medical miracles we now enjoy would not exist, such as cancer cures, laparoscopic procedures and nonsurgical heart repairs. And it was profit motive in the private sector that developed vaccines against COVID-19 in less than a year. That was true Warp Speed, not possible under government bureaucracy.

Nationalization includes strict price and wage controls. Payments to providers and drug companies will be reduced by the “national health budget.”

That is central economic control as used in the Soviet Union, China, Venezuela and other totalitarian systems. The effects of wage and price controls have been proven beyond doubt: shortages, low quality, insufficient quantity and ultimately, higher costs.

Charles Blahous of the Mercatus Center has shown that nationalization will reduce payments to physicians by at least 40 percent. This will worsen the doctor shortage and lengthen wait times for patients to receive care.

Before the Affordable Care Act, the average maximum wait time to see a primary care physician was an unacceptable 100 days. After the implementation of Obamacare, the maximum wait time had increased to an unconscionable 176 days. With nationalization, the wait time could become years, not months.

Inordinately long wait times for care give rise to death by queueing. People succumb to treatable illnesses while waiting in line for medically possible care that is not made available in time. Such death by queueing has been documented in single-payer systems such as the U.K.’s National Health Service and our own VA system, where 47,000 veterans may have died waiting for care.

With the nationalization of health care, this tragedy is coming soon to average Americans.

Add Biden’s promise to “tackle market concentration” to price and wage controls, and you have health care with no free market forces: reasons to economize and seller competition.

Biden’s intention for Medicare to negotiate lower drug prices calls to mind the image of a B-52 bomber “negotiating” with a foot soldier, rifle in hand.

Cost estimates of nationalization range from $32 trillion to more than $40 trillion, the latter projection by Bernie Sanders himself. This cost will be added to what we are currently spending. For perspective, the total GDP of planet earth is an estimated $92 trillion. To raise that kind of money, taxes will more than double, particularly for middle-class Americans.

Biden has assured us that only those making more than $400,000 a year would see higher taxes. This is blatant nonsense.

Every politician knows the Willie Sutton Rule. When asked why he robbed banks, Sutton replied, “Because that’s where the money is.”

Though the hyper-rich make nice targets for class-warfare rhetoric, they are too few to generate the trillions of dollars necessary for Democrats’ health care plans. Such amounts of tax revenue can only come from middle-class Americans.

One of the more egregious promises made about nationalization is the assurance that Washington will make health care simple, easy to use and efficient — and that it will save money.

For starters, look at an organizational chart of the ACA — it’s more complex than a roadmap of the Los Angeles freeway system. Then add all the new federal rules, agencies and bureaucrats that are included in H.R. 1384. This massive, complex bureaucracy costs boatloads of money, trillions as noted above.

Democrats’ promise of affordable care will suffer the same fate as their promise of $2,500 in savings with Obamacare. Care will be affordable, in fact at no charge, at point of service, but it will be quite unaffordable when the tax bill comes due: more than double what we pay now.

In fact, the price tag for Democrats’ nationalization — $40 trillion — will bankrupt our nation. Even with this massive expenditure, Americans won’t get care in time to save us.

In December 2009, author Daniel Putkowski released a novel describing what medical care would be like for average Americans if U.S. health care were nationalized.

In his book, a desperate father had to resort to black-market medical care to save his son with a heart condition. The book’s title, “Universal Coverage,” was subsequently used as the Section 102 header in the Medicare for All bill.

For patients, doctors, and our nation as a whole, it is terrifying to think that Putkowski’s fictional dystopia may soon become our day-to-day fact.

A Biden/Harris nationalization of U.S. health care would produce a system that we can’t possibly afford and that won’t provide the care we need — most certainly not in time to save us. 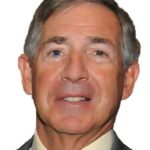 Deane Waldman
Deane Waldman, MD, is the former chief of pediatric cardiology at the University of Chicago and director of the Center for Healthcare Policy at the Texas Public Policy Foundation. He is the author of 12 books and has written for Forbes, The Hill, The Federalist and the Washington Examiner, among others.
Medical Professor Blasts Fauci: Here Are 3 Proofs He's Spreading Misinformation
Pediatric Cardiologist: Biden-Harris' Health Plan Will Destroy the Middle Class & Kill Americans
See more...
Advertisement