Even when he’s following the law, California Gov. Gavin Newsom is pushing the limits of lawlessness.

The chief executive of the “sanctuary state” that already makes no secret of its disdain for immigration laws took things a step further last week by issuing pardons to three immigrants with criminal convictions, with the express purpose of shielding them from deportation.

Apparently, it’s not enough for an American state to pretend illegal immigrants aren’t in the United States illegally — it’s also willing to pardon even legal immigrants who commit crimes if they are in danger of being deported because of their criminal record.

According to The Associated Press, the three immigrants Newsom pardoned Friday are an Iranian, a Cambodian and a Salvadoran — all convicted of violent crimes and all facing the possibility of being returned to their native lands.

Two of the men had entered the country as refugees, the AP reported. The third was brought in — legally — at age 2.

To most sane Americans, deportation for a criminal conviction might seem like a natural, if unfortunate, consequence of someone breaking the law of a country where he’s not a citizen in the first place.

But in the words of the California governor, deportation is an unjust “collateral consequence” of the men’s actions. (The phrase is used in all three pardon declarations.)

So it’s in the interest of justice to issue pardons for the crimes they committed?

The Iranian, identified as Arnou Aghamalian, now 42, came to the United States as a refugee when he was 15, according to the AP.

He was convicted in 1999 of setting fire to an unoccupied car owned by a nightclub owner who was in a dispute with Aghamalian’s cousin, the AP reported.

He was sentenced to just three years’ probation, according to the governor’s pardon order.

The Cambodian, identified as Thear Sam, now 41, came into the country as a refugee at the age of 4. When he was 18, he was convicted of robbing a man of his wallet and backpack, according to the AP.

Two years later, he was convicted again in a stolen car case, the AP reported.

He served two years and 10 months, according to the governor’s office.

The Salvadoran was identified as Victor Ayala, now 38. He was convicted in March 2002 of felony robbery stemming from a 2001 incident when he shoved a security guard while shoplifting, the AP report. That arrest followed a series of misdemeanor theft convictions.

He was sentenced to only three years’ probation.

Now, according to the AP, all three men have lived respectable lives since their crimes, and two even run their own businesses. So there might be a good reason to cut them a break on deportation.

The report said a governor’s pardon doesn’t “automatically protect someone from deportation because they don’t erase the criminal convictions on which deportation orders often are based. But they do emphasize the person’s rehabilitation.”

However, liberals have so poisoned the conversation about immigration that they’ve proven they have no interest in working toward a good-faith agreement on the problem.

Constant talk of amnesty for illegals in the country now — and open borders so even more can arrive without consequences — has made the saner parts of America distrust progressives, particularly those of the California variety.

That’s why moves like Newsom’s decisions announced Friday come across as a deliberate slap in the face to American law.

It’s time to @recallnewsom Laws mean nothing to this man anymore.

In only 10 months in office, Newsom has taken California even further to the left than his predecessor, the leftist Jerry Brown.

With an open contempt for the nation’s laws and an even greater contempt for its duly elected president, Newsom and his California cronies have made it clear how unimportant they think of the rest of the country is.

Newsom couches his pardons in the language of law, but he’s really just pushing the limits of lawlessness. 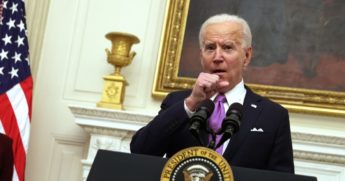