Samuel Little — deemed by the FBI “the most prolific serial killer in U.S. history” — has not only confessed to 93 murders, but he is also helping investigators close dozens of unsolved cases through his confessions and hand-drawn portraits of his victims.

Of the nearly 100 murders Little confessed to across 16 states, authorities have been able to verify 50 so far. Little also claimed his murder spree spanned from 1970 to 2005.

According to the FBI, many of his victims’ deaths were originally considered overdoses or due to accidental or undetermined causes.

“For many years, Samuel Little believed he would not be caught because he thought no one was accounting for his victims,” said FBI’s Crime Analyst Christie Palazzolo. “Even though he is already in prison, the FBI believes it is important to seek justice for each victim–to close every case possible.”

Little was eventually arrested at a homeless shelter in Louisville, Kentucky, in 2012 on a narcotics charge, according to USA Today. After he was extradited to California, investigators from the Los Angeles Police Department were able to connect his DNA to three unsolved homicides, although they suspected he was responsible for more.

After being notified by the LAPD, the FBI’s Violent Criminal Apprehension Program launched a full investigation into Little’s crimes. He eventually confessed to the alarming number of murders that investigators are now trying to confirm.

Now, the FBI is hoping for the public’s help with five specific victims and released new information provided by Little himself.

If you have any information linked to Little’s confessions, please contact the FBI at 1-800-CALL-FBI or submit a tip online at tips.fbi.gov. 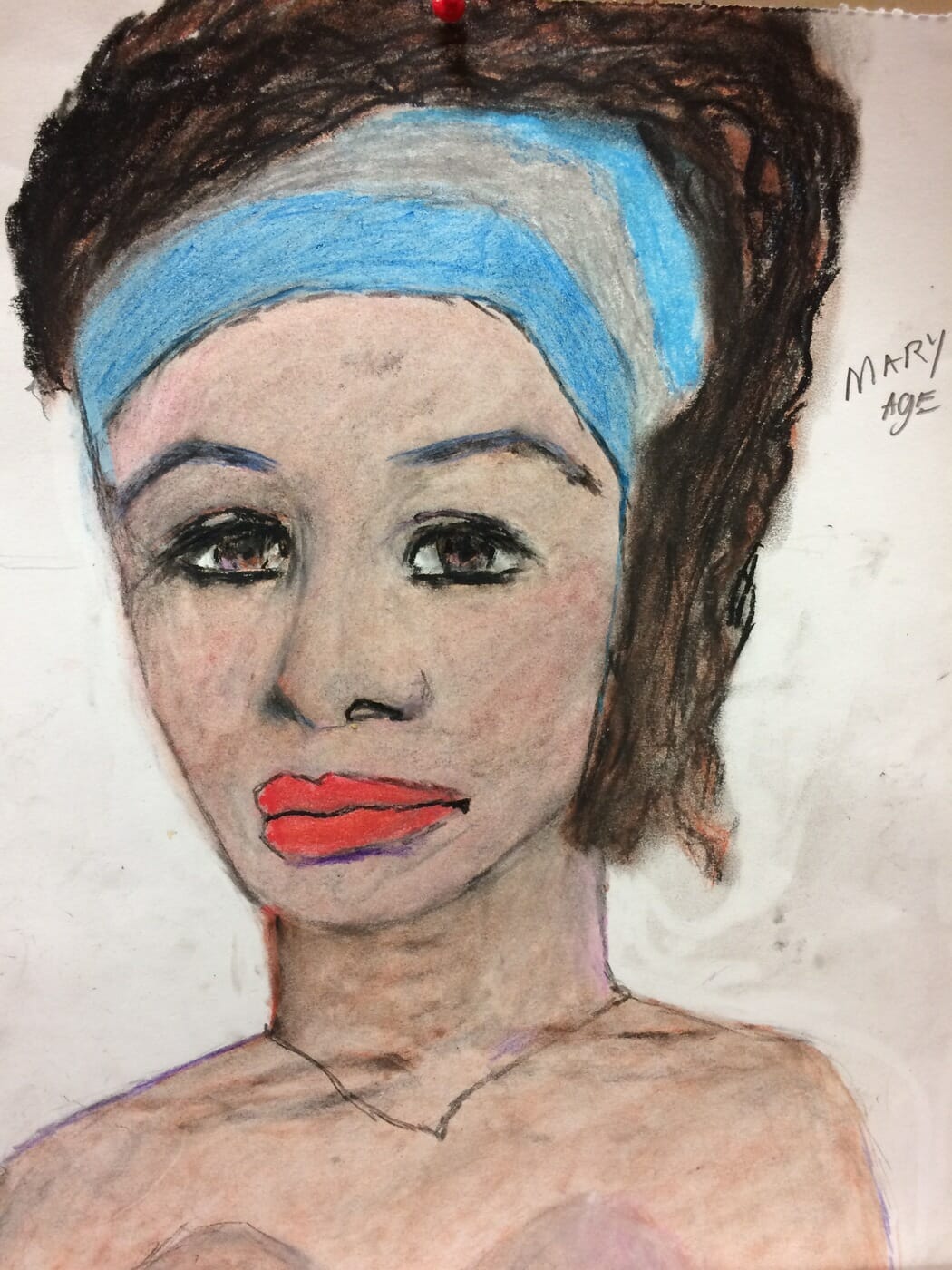 Samuel Little’s sketch of one of his victims whom he thinks is named Marianne or Mary Anne. Little remembers killing the transgender woman outside of Miami, Florida in 1971 or 1972. (FBI)

Little said he met an 18- or 19-year-old black man who presented himself as a woman named Marianne or Mary Anne in Miami, Florida, in 1971 or 1972. He said they first met at a bar known as The Pool or Pool Palace but met up again a few days later at a bar in Overton.

He said he gave Marianne a ride home in his gold four-door Pontiac LeMans, but when they arrived at Marianne’s home, one of his roommates asked them to go to the store and buy shaving cream.

Little instead drove Marianne north on Highway 27, outside of town, and strangled Marianne. He later drove farther north and drug his body 200 yards away from the road into a swamp or river.

RELATED: Cop Gets a Call from 13-Year-Old's Mother; Family Amazed After Seeing What He Pulled up With 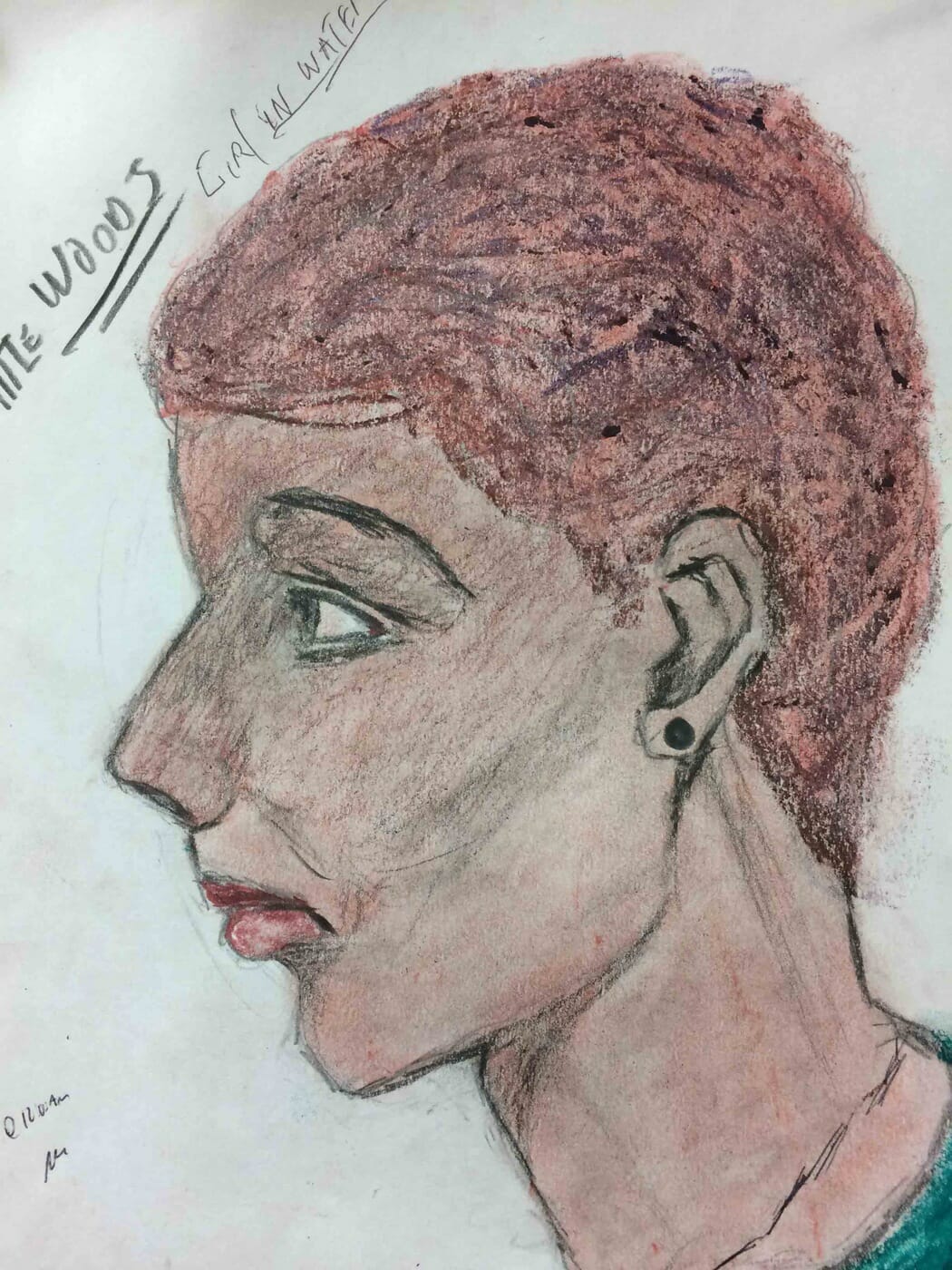 Samuel Little remembers meeting and killing a woman at a club in New Orleans around 1982. The woman lived with her sickly mother. (FBI)

Little said he met a woman, who was wearing a dress with buttons on the front, in a club in New Orleans in 1982. He said she was there celebrating a birthday with a group of friends and two sisters.

The woman with “honey-colored” skin and medium-length hair left with Little in his car, a Lincoln Continental Mark III.

He took her to a dirt road off of the Little Woods exit from the I-10, killed her and left her body. 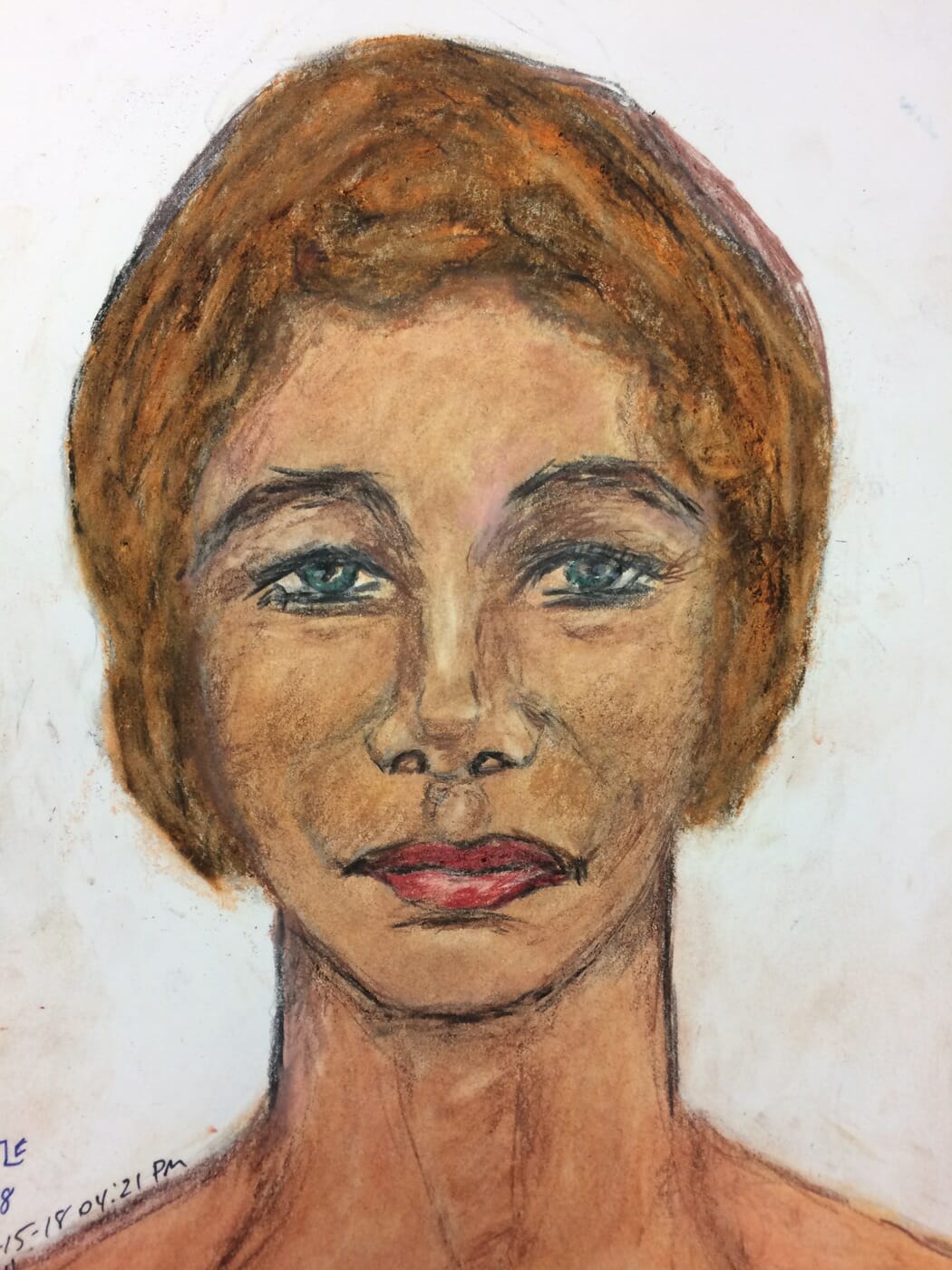 Samuel Little met a 25-year-old white female in Ohio who asked him for a ride to Miami, Florida, to see her mother. (FBI)

Little told authorities he met a 25-year-old white woman outside a strip club while he was driving from Loraine, Ohio, to Cincinnati, Ohio. He said he remembers her short, blonde hair and blue eyes with a “hippie” appearance.

She asked him for a ride to Miami, Florida, to see her mother. After they crossed into northern Kentucky, Little said he drove to a hilly area not far from the I-75, strangled the woman and left her body on top of a hill. 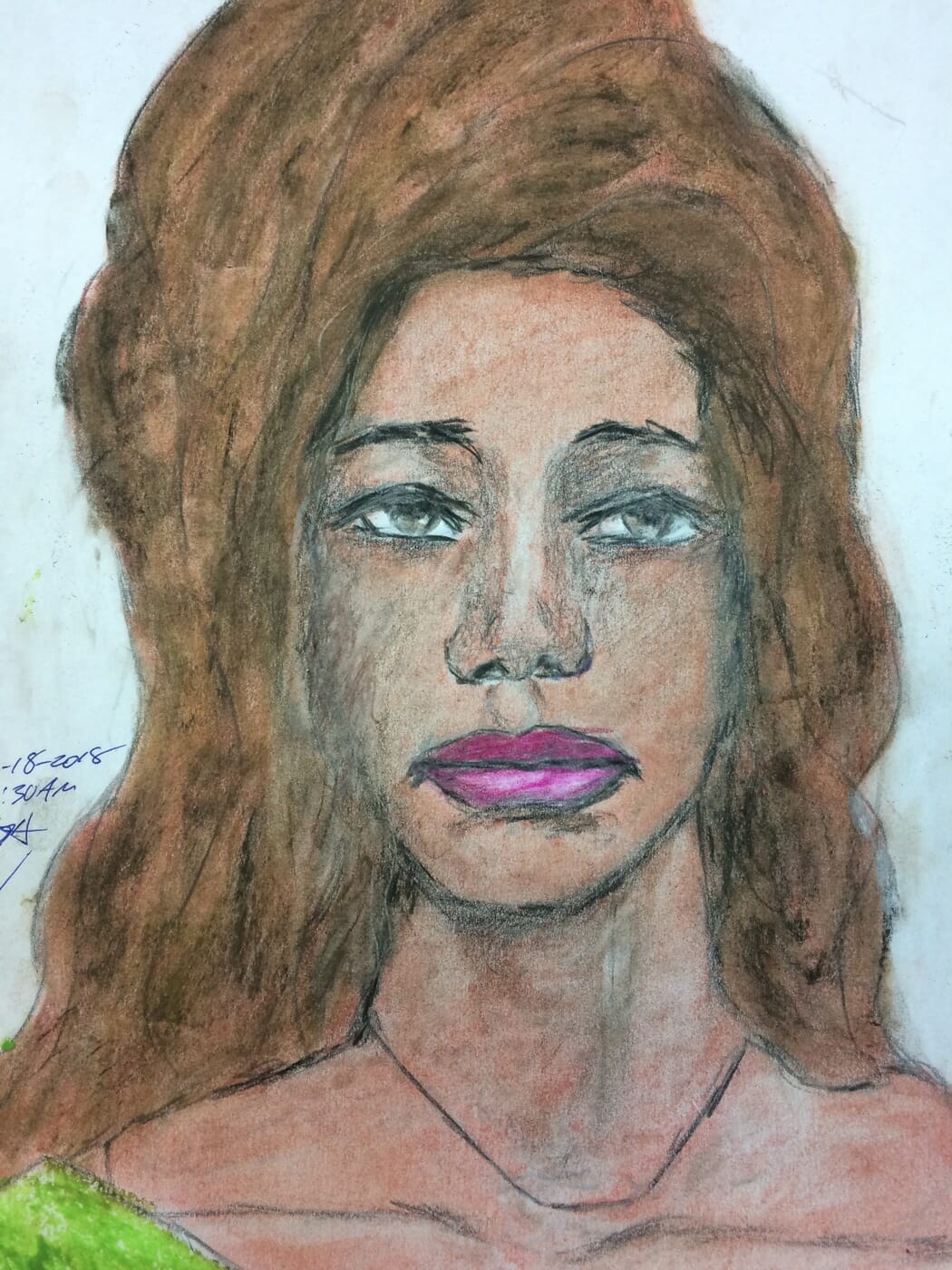 Little said he met an approximately 40-year-old woman in Las Vegas in 1993 when he met a woman on Owen Avenue or Jackson Street. (FBI)

Little said he met an approximately 40-year-old black woman on Owens Avenue or Jackson Street in Las Vegas, Nevada, in 1993. He believed she had naturally short hair, but that she wore a long-haired wig.

The woman pointed out her son to Little, a 19- to 23-year-old black male before Little took the woman back to his motel room, strangled her and threw her body down a steep slope on the outskirts of the city. 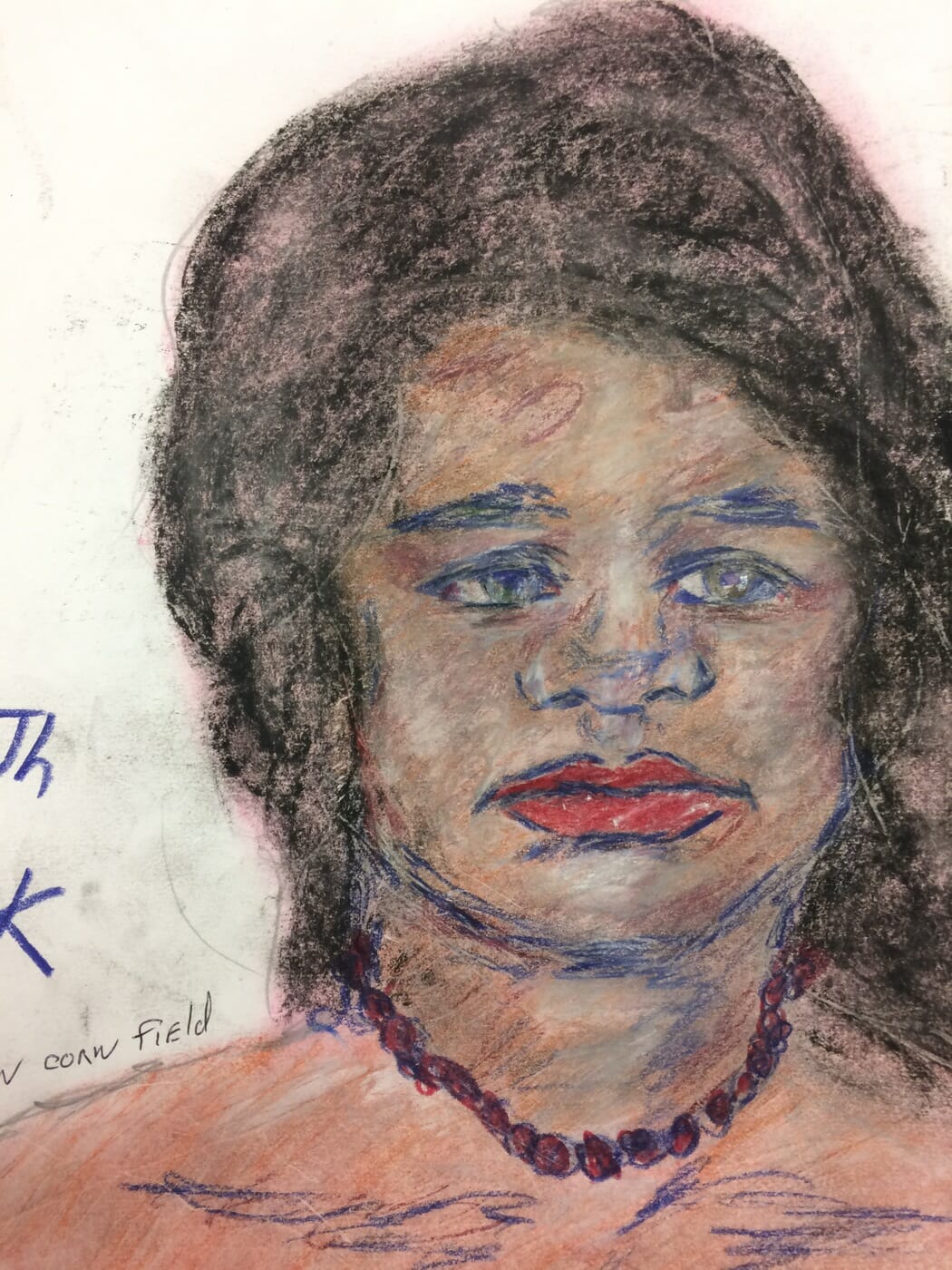 Little told authorities he killed a woman he believes was named Ruth outside of Little Rock between 1992 and 1994. (FBI)

Little told investigators he met a woman he believed was named Ruth in Little Rock, Arkansas, sometime between 1992 and 1994. He said he stayed with her, off and on, for about three days.

After being released, Little said he drove the woman to meet her ex-boyfriend, a man called “Bear,” before driving back to her residence.

The next day, he picked the woman up from her home, drove her outside of Little Rock and strangled her to death. He then remembered leaving her body on a pile of branches near a cornfield.