There is a lot of complaining about young people these days. The internet is full of people showcasing the peculiarities and immorality of our youth.

I understand the impulse, but after what we allowed to happen to these kids while they were growing up, I think we should be tearing our clothing and putting ashes on our heads. I know that’s an antiquated custom. Today we have drugs to numb the guilt. We’ve come a long way.

Anyway, some of our youth’s behavior is erratic if not downright bizarre, but should it be surprising?

Many of these kids had families where both parents had to work to make ends meet, or were in single-parent homes, so they started life in daycare centers with people they had no bond with. Then they were put through schools where they were taught to hate their country, hate their families and hate themselves, not to mention the indoctrination in Marxist colleges.

Through all this, they were stewing in a media culture of filth, darkness and hopelessness.

After all that, what do they have to look forward to? They have piles of student loans, dead-end jobs and government debt that will steal their future. Some have come through it surprisingly well, but many have been left hurt, confused and unequipped for life.

So we should put on our black socks and sandals and heckle them from our front yards until they straighten up and become well-adjusted, responsible citizens. Or perhaps we should be heartbroken for them and take some responsibility for what has happened to them, and I don’t just mean those of us who are parents.

In the past, too many of us said “They’re not my kids” or “It’s the parents’ responsibility” or “My kid’s school is fine” while Rome burned. I am all for rugged individualism, but perhaps letting the children go feral is taking it too far.

When we were young, we were duped into seeking fulfillment instead of fulfilling a purpose, and keeping up with the Joneses ruled the day. We were encouraged to network for money and prestige instead of building relationships to create strong communities. That has turned some of us into snobby, social-climbing status-seekers. Given the condition of the culture, this makes us a bit like bums playing king of the hill on a pile of trash.

Many of us tried our best, but these young people have it worse than we ever did. So we should stop bashing them and start guiding and encouraging them.

None of this means we shouldn’t expect anything from them. Being held to a high standard of behavior gives people dignity. Whether it is an antifa thug, a TikTok star or an angsty coworker, we must learn who deserves our scorn and who can be helped if he is not turned off by our arrogance.

Anything you do is always harder when you get a late start, but we must rise to the occasion when guiding the next generation. The future of America depends on it.

This piece was previously published by the American Thinker. 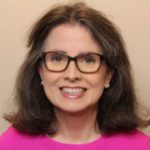 Carolann Brendel
Carolann Brendel is a graduate of Georgia State University with a degree in public policy and has been published on the American Thinker.
Op-Ed: We Should Be Heartbroken for America's Youth
See more...
Advertisement

Conservative concerns about the weaponization of the federal government are well-founded. We've seen this story play out before.
By Ben Kerido  August 18, 2022

Morries Lester Hall, a friend of George Floyd's with him on the day of his death, invoked his Fifth Amendment right to refuse to testify.
By Matthew Holloway  August 18, 2022

DeSantis has turned Florida into a safe haven for commonsense, childhood innocence and law and order - no wonder the woke left hates him.
By Christine Favocci  August 18, 2022

These establishment media outlets have requested that the documents related to the Mar-a-Lago raid be released to the public.
By Abby Liebing  August 18, 2022

Americans for Public Trust executive director Caitlin Sutherland slammed Nadler for what she said was a violation of the law.
By Grant Atkinson  August 18, 2022

Lowe's is helping its workers directly. 'We pay well, but people have to have the quality of life they come to work to earn.'
By Jack Davis  August 18, 2022

Gov. Ron DeSantis announced that 20 convicted murderers and sex offenders have been charged with illegaly voting in state elections.
By Richard Moorhead  August 18, 2022
Next