How does America begin to restore its moral compass and reputation in the world from President Joe Biden’s horrendous withdrawal from Afghanistan?

By doing the right thing and assisting 400 or more Afghan orphans targeted by the Taliban for slavery and exploitation.

Republican Rep. Mike Bost of Illinois petitioned the State Department to permit the orphans’ entry into America to be released into foster care or adopted by waiting American families.

Bost learned of the children’s plight from the National Child Protection Task Force, which helped get the children and 2,000 adults safely out of the country now controlled by the Taliban.

The children are currently being held in the United Arab Emirates, according to a letter from Bost to Secretary of State Antony Blinken.

However, they have said they will have to return the rescued group to Afghanistan if permission is not granted within two weeks.

Almost a week has already passed since that announcement.

Bost Blinken Letter 9.10.21 by The Western Journal on Scribd

“Since mid-August, the National Child Protection Task Force has worked with non-governmental organizations to conduct an operation to evacuate children and at-risk individuals from Afghanistan,” according to the petition. “It is critical that these refugees are re-settled quickly in the United States in order to protect them from retribution, killing, slavery and exploitation.

“We urge the Administration to work with NCPTF to resettle these refugees and we also urge you to express to the host country government the importance of extending the two weeks limit for these high-risk individuals given the circumstances.”

“We have children whose parents couldn’t get out,” said Kevin Metcalf, CEO of NCPTF. “They made sure that their kids got over that wall or got through the gate.

“What I hope will happen is that this American spirit will once again step up and say we’re going to take those kids,” he added.

While they have been safely evacuated to a temporary host nation in the Middle East, there are large groups still waiting to get out.

The National Child Protection Task Force, in partnership with Chad Robineaux’s Save our Allies organization, have been petitioning Secretary Blinken and the U.S. State Department to approve the visas for these children and at least 2,000 adults also rescued in the mission, all of whom are reportedly undergoing a seven-point identification and vetting process.

“There are hundreds of organizations on stand-by to support and pay for all travel costs and incurred as well as provide placement for these children. What I can tell you is we have more families available to take them than children,” Metcalf said.

“All we need is a ‘Yes,’ from the State Department.” 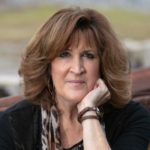 Karen Hardin
Karen Hardin is a literary agent and writer. She is the author of “Infected: How to Stop the Global Spread of Rage, Deception and Insanity” and "God's Justice After Injustice." Her work has been published in USA Today, World Net Daily, Intercessors for America, Charisma, CBN and more. She is also a co-founder of the city-by-city.org prayer movement and the founder of AwakeOklahoma.com.
Op-Ed: What Is Your Child's School Hiding from You?
Op-Ed: Sec. Blinken, Don't Say 'No' to 400 Afghan Orphans the Taliban Wants to Marry & Enslave
The VA Won't Help Vets with Life-Threatening Illnesses, But It Will Use Your Tax Dollars to Fund Sex-Change Surgeries
See more...
Advertisement

The nation of Peru has been plunged into political crisis after socialist president Pedro Castillo was removed from office by the Congress.
By John McCann  December 9, 2022

The veterinary tranquilizer xylazine, known on the streets as "tranq," has made its way into the drug supplies of U.S. cities.
By Elizabeth Stauffer  December 9, 2022
Next