Last night, thousands of Arizonans gathered in Phoenix to display their support for President Donald Trump and the policies that have benefited their great state because of this administration.

As President Trump filled yet another venue with his message to “Keep America Great,” it was a reminder of just how far Arizona has come the last three years, and where President Trump is leading the nation for years to come.

This president has spent his time in office fighting for the American people, and Arizonans are reaping the benefits of his leadership.

Whether it’s securing our borders, fighting for fairer trade agreements, or providing massive tax breaks to working parents, President Trump has delivered across-the-board and is pushing full steam ahead for the Grand Canyon State.

And under President Trump’s leadership, fairer trade deals like the United States-Mexico-Canada Agreement and Phase One of the China trade deal are leveling the playing field for American workers and businesses in another promise made and promise kept. The USMCA trade deal will now raise wages, create thousands of jobs and promote overall economic growth.

Arizonans have already experienced the economic boom as a result of President Trump’s policies — including hundreds of thousands of new jobs added the last three years.

Further, the opportunity zones created in the TCJA are helping to develop new areas and bring about affordable housing and more new jobs, and offer new local services to ensure our local communities thrive.

With all these huge successes for the Grand Canyon State, it’s clear why tens of thousands of Arizonans came out to show their support for President Trump, and why Democrats will suffer at the ballot box this November.

Arizona Democrats like Sinema, Kelly, O’Halleran and Kirkpatrick have solidified their status as part of the Do-Nothing Democrats. They’ve sold out their constituents in favor of impeachment and are dead-set on reversing and obstructing President Trump’s agenda at any cost.

Arizonans know that agenda is working for them and they’ll reject Sinema, Kelly, O’Halleran and Kirkpatrick in favor of the GOP’s progress and results.

As President Trump visited Phoenix, those Democrats saw the fierce enthusiasm from his supporters in the state.

That enthusiasm is a direct result of Arizonans feeling that they are better off now than they were four years ago — and that enthusiasm will carry them all the way to November, when they will elect this president and Republicans up and down the ballot to ensure the progress continues.

With four more years of President Trump, Arizonans know the best is yet to come. 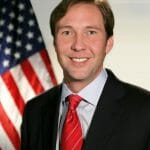 Boris Johnson Could Run for President of the United States: 'I Don't Rule It Out'

Boris Johnson, the former British prime minister, had a very curious response when asked about a potential presidential run in America.
By Bryan Chai  February 2, 2023