These are the famous faces who passed away in December 2019.

Jack Burns, a child actor and dancer, died on Dec. 1. He was only 14 years old. He is most recognized for his role in “Outlander.”

Internet cat sensation Lil Bub died on Dec. 1; she was 8 years old. Lil Bub first appeared on Reddit and quickly won the hearts of millions with her droopy tongue, according to The New York Times.

Former Notre Dame and NFL running back George Atkinson III died on Dec. 2. at age 27. He battled depression after his twin brother died in 2018.

Ron Leibman, a Tony Award-winning actor, died on Dec. 6 after contracting pneumonia. Leibman is known for his performance as Roy Cohn in the original Broadway production of Tony Kushner’s “Angels in America.” He also appeared on the popular television sitcom “Friends” as Rachel Green’s father.

Ron Leibman, an actor whose career of more than six decades in film, television and the theater was highlighted by a Tony Award in 1993 for his electrifying performance as Roy Cohn in the first part of “Angels in America,” has died https://t.co/BCBTrW7j3d

Actor René Auberjonois passed away on Dec. 8 after battling metastatic lung cancer; he was 79 years old. Auberjonois played many iconic roles over the years including military chaplain Father John Mulcahy in the 1970 film version of “MASH,” chief of staff Clayton Runnymede Endicott III from “Benson” and head of security and changeling Odo on “Star Trek: Deep Space Nine.”

Marie Fredriksson, of the Swedish pop duo Roxette, died Dec. 9 after a longtime battle with cancer. One of the duo’s most memorable song was “It Must Have Been Love.”

25 years ago the movie Pretty Woman premiered and it sent the soundtracks leading single #ItMustHaveBeenLove to the top of Billboard Hot 100. Today the single is re-released, including a new edited bonus version.

Academy Award nominee Danny Aiello, known for his role in the 1989 Spike Lee film “Do the Right Thing,” died on Dec. 12. He was 86 years old.

“This is my pizzeria!!!”
One of the greats. RIP Danny Aiello. pic.twitter.com/TVv4KS9quc

Rosalee Glass, who survived the Holocaust and used her story to inspire others, passed away on Dec. 14. She was 102 years old. Just a few days before her death, President Donald Trump honored her life at the White House.

Claudine Auger, the French actress known for her role as Dominique “Domino” Derval in the 1965 James Bond film “Thunderball,” died on Dec. 18. She was 78 years old.

He was “The Last American Hero” #NASCAR pic.twitter.com/kMsWnbfPtd

Lee Mendelson, the producer who brought “A Charlie Brown Christmas” to television in 1965, died on Christmas day after suffering from congestive heart failure at 86. He also wrote the lyrics to the iconic song “Christmas Time is Here” which was featured on the special.

Broadway’s lights are being dimmed tonight at 6:45 PM in memory of #Broadway legend Jerry Herman. pic.twitter.com/1G4Em9mbEq

Legendary radio personality Don Imus died on Dec. 27 after being hospitalized on Christmas Eve. His controversial disregard for political correctness offended many, but others applauded him for his blunt commentary. 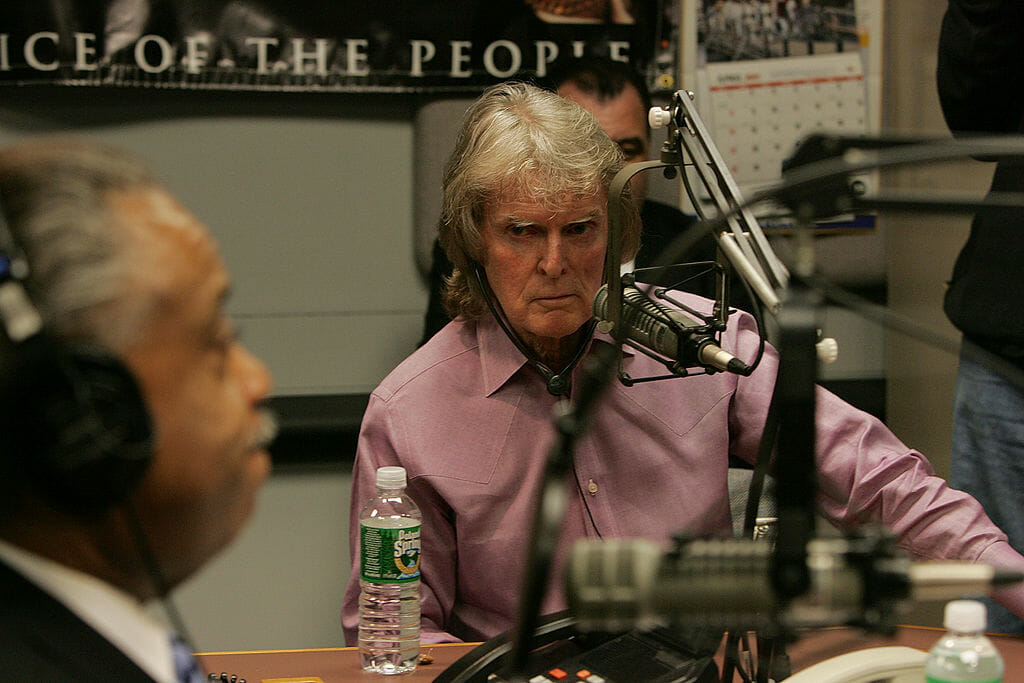 Reality TV stars Bill and Joe Smith, 32-year-old twin brothers who appeared on the British version of the TLC show “My Big Fat Gypsy Wedding,” allegedly died in a double suicide. They were found in Sevenoaks, England, on Dec. 28.

Micah Downey, an American reality star who appeared on Australia’s “Bride & Prejudice,” died on Dec. 28. He was only 26 years old.

‘Sometimes you’ll never know the value of a moment until it becomes a memory.’ -Dr. Seuss

British actress Elizabeth Sellars died on Dec. 30 at 98 years old. She is known for her role in the 1954 film “The Barefoot Contessa.”